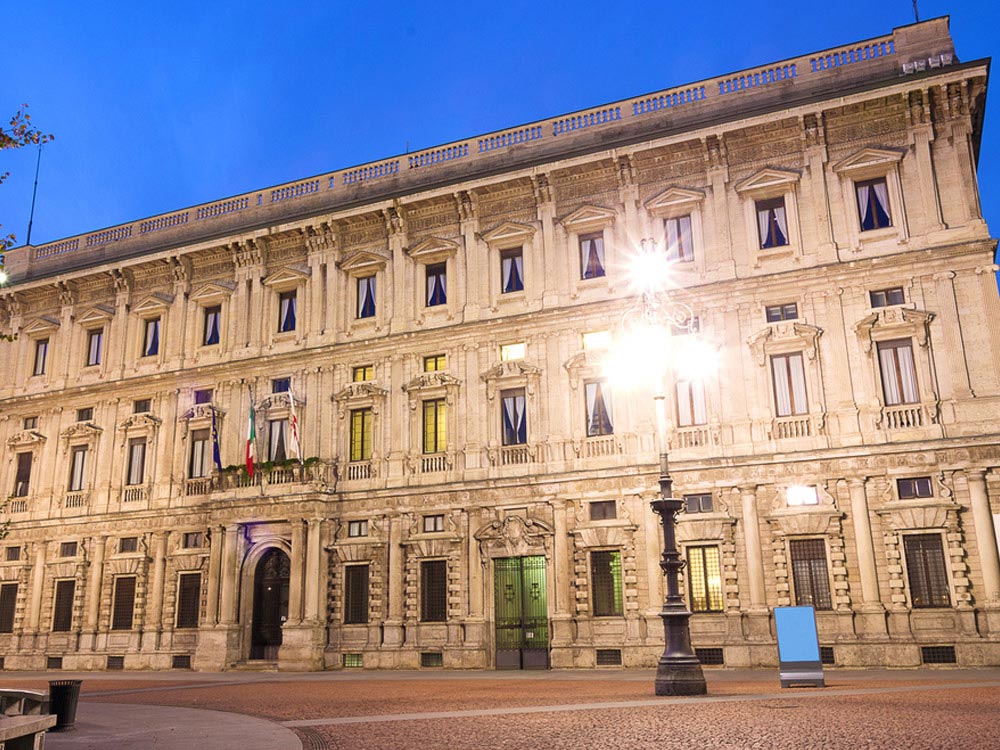 Milan is the fashion capital as well as the commercial capital of Italy, and the entire city of Milan is filled with various attractions. Palazzo Marino is one of the most eminent tourist attractions in Milan and it reflects the regal past of the city. The gorgeous structure of the Palazzo Marino is situated right at the center of the Piazza della Scala. If you are planning to pay a visit to Milan, then you will definitely come across the magnificent grandeur of this palace in the downtown area, and the nearest train station to reach this area will be MM1, MM3 Duomo.

Palazzo Marino is the seat of the municipal government of Milan and noted architect Galeazzo Alessi designed this building. Though the Palazzo Marino was designed in 1558, its construction was left incomplete as the building was confiscated due to its original owner’s massive debts. Gradually, the Palazzo Marino went under the possession of many successive owners and its construction underwent considerable changes in the later period. However, this magnificent building was completed only when Luca Beltrami built the façade (during 1888-1892) which overlooks the Piazza della Scala. The frontal of the Palazzo Marino in Milan was designed according to the model of Alessi’s original frontal which overlooks the Piazza San Fedele. This stunning building stands as an excellent example of Mannerism, and poignantly reflects a unique blend of exuberant decoration and architectural motifs with a graceful use of classical elements.

This palazzo is the prestigious abode of the Milan Town Hall since 1860, and is found at the right of Via Marino. The gorgeous interior of the palazzo is replete with a multitude of spectacular monuments, statues, and paintings, as well as a beautiful inner courtyard.

Where is Palazzo Marino?

The Palazzo Marino is situated across Teatro a la Scala and behind the Duomo in Milan, Italy. It can be reached within 15 minutes from the Milan Linate Airport by car.

The best time to visit Palazzo Marino is during April through May or September-end to October-end.