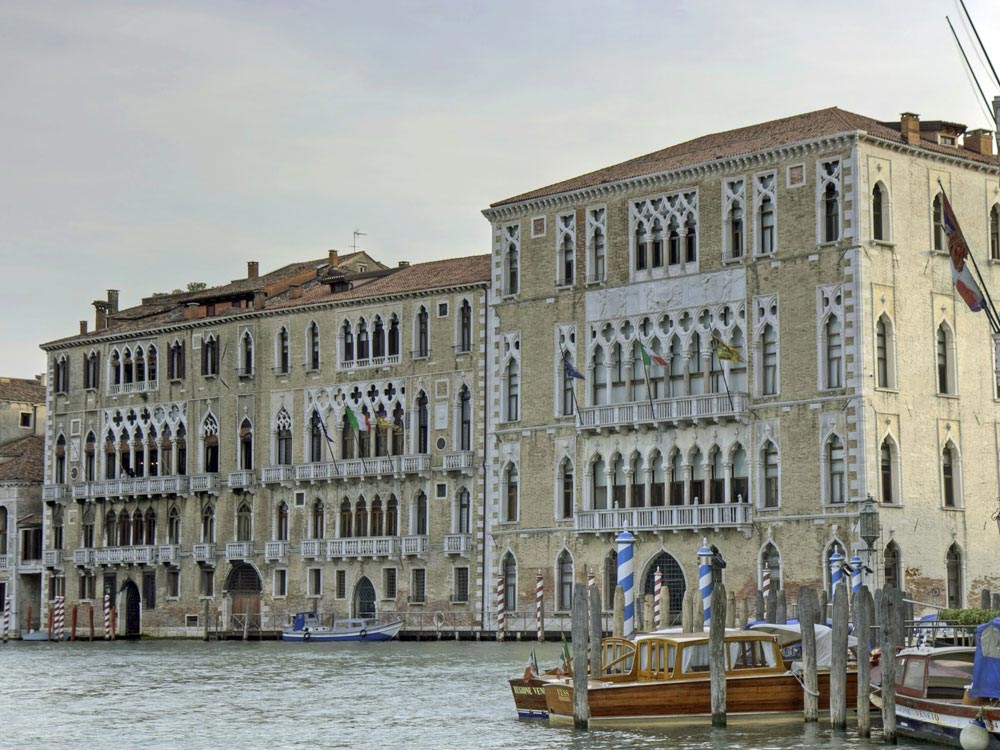 Ca’ Foscari a renowned University in Venice is one of the premier tourist attractions in this Italian city. The Ca’ Foscari is situated on the banks of the Grand Canal between the noted Rialto Bridge, and San Marco Square. It takes its Venetian name from the university building, the Ca’ Foscari, and it was the prestigious seat of the Royal Higher Commercial College which was established on August 6, 1868, as Italy’s first Italian business college. The college was predominantly concerned with imparting proper training to young businessmen, but also served as a training college for the secondary school teachers of commercial subjects.

Presently, there are the four faculties in this university which comprises of Faculty of Economics, Faculty of Foreign Languages and Literature, Faculty of Literature and Philosophy, and Faculty of Mathematical, Physical and Natural Sciences. It is also popularly called as Università Ca’ Foscari in Venice by the local people.

This grand building was constructed on the waterfront of the city’s Grand Canal circa 1452 by the Doge Francesco Foscari. Doge Francesco Foscari primarily designed it to exhibit his wealth and power and it also served as an eternal family legacy. Ca’ Foscari University is situated within the palazzo Ca’ Foscari and though this magnificent building has lost a considerable amount of its original magnificence and grandeur, it still reflects the nostalgic ornate Byzantine-inspired gothic architecture of the Renaissance period which serves as an excellent feast to the eyes.

The piano nobile is the main reception floor of Ca’ Foscari and it stands apart by a unique large eight-arch loggia which is doubled in the second piano nobile immediately above it. The tracery embellishment of the columns and arches of the loggias are executed in the same quatrefoil gothic style as the loggias of both the Doge’s Palace and Ca d’Oro. Each of the loggias is bordered by two ogee topped windows which are decked with the same design of tracery and this gives the palazzo a typical symmetry which is absolutely unique among all other palazzos that belong to the same period. This building was used as a barrack during the 19th-century Austrian occupation.

Where is Ca' Foscari University of Venice?

The Ca’ Foscari University of Venice is located at a distance of 17 km from Venezia Tessera airport in Italy.

The best time to visit Venice is from late spring to early summer as the weather is fine. Thus it is wise to plan a tour to the university during these times only.

From 2009, the university began offering guided tours from Mondays to Fridays throughout the year. The tour pass costs €4,50 for individual entry and €3,50 for students.