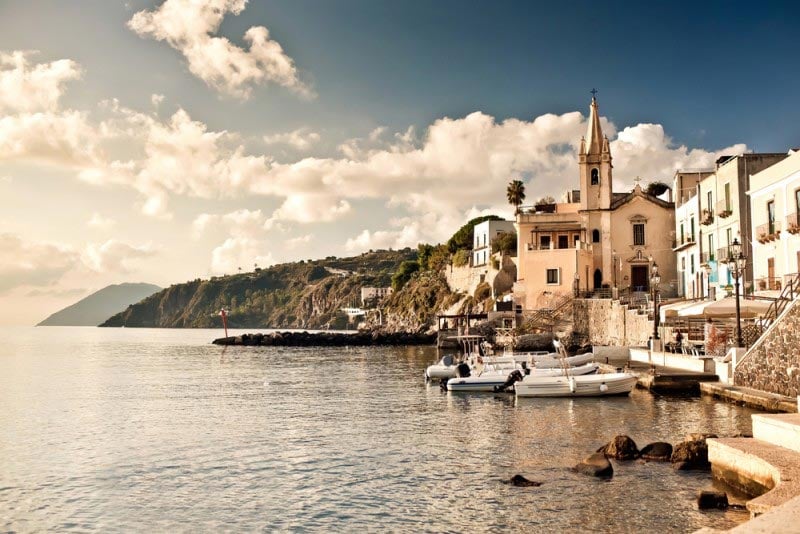 Panarea is the smallest island in the group and is popular due to the Hotel Raya. Sip in your favorite drink at the terrace of the hotel and dance to the tunes played at the disco (only in August). The second smallest island of the group is Alicudi. It is the most isolated island with a few shops and a few houses, making it a perfect destination for people seeking complete relaxation and peace.

The main island of the group is Lipari, which serves as a transportation hub and base for visitors to the islands. Vulcano is home to the volcano named Vulcano, and is a popular destination for beach vacations and mud baths. Stromboli, though most remote, is a popular spot to visit for its regularly active volcano. The other islands offer scenic nature and great views of the volcanoes.

The Aeolian Islands remain relatively undeveloped because of an intentional restriction placed on new buildings in an effort to preserve the islands’ natural state. However, there are a few hotels and internet cafes in Lipari Town.

Besides the stunning views, you can enjoy swimming in the azure waters of the sea or walking around the sea coast.

Where is Aeolian Islands?

The Aeolian Islands are located just above the Italian island of Sicily, to the west of the Italian peninsula. The Islands are within the Tyrrhenian Sea, which is part of the Mediterranean. The islands are commonly accessed via boat from nearby Sicily or southern Italy.

The Aeolian Islands have become a popular tourist destination, therefore summer months are often crowded, but the weather is great. Off-season prices are usually lower, while the weather is still mild on the islands.