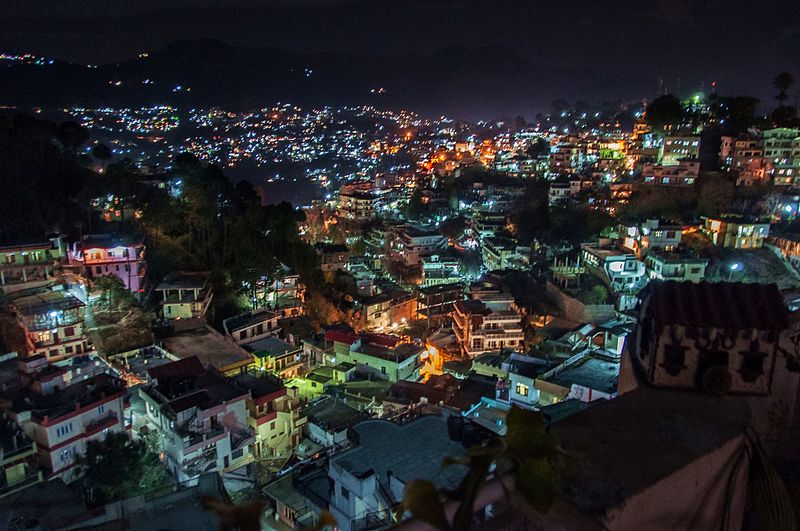 Solan is known for its favorable climate and scenic beauty

Solan is a charming city located in the state of Himachal Pradesh, India, and is known for its strikingly beautiful landscapes. The place is famous amongst tourists for its favorable climate, reasonable distance from major cities in North India, and abundance of temples and historically significant architectural monuments.

Shoolini Mata Temple: Located close to the city, the temple is dedicated to Shoolini Mata and is one of the most famous temples in Solan. Even the town is actually named after the goddess. Every year in June, a fair is held at the temple that attracts devotees from all over the world. During this time, the temple is decorated very beautifully and a grand prayer ceremony or ‘pooja’ is held. People rejoice in the auspicious environs of the temple.

Jatoli Shiv Temple: Situated on Rajgarh Road, the temple is dedicated to Lord Shiva. It houses a statue to Lord Shiva, a transparent Shiv Ling, a little cave, and a pool. It is one of the oldest temples of Lord Shiva and even the highest in Asia. It is made in Indo-Aryan style with a slight touch of Dravidian style of architecture. Jatoli means ‘long hair’. The temple signifies the long ‘Jatas’ of Lord Shiva. The legend prevalent is that Lord Siva had come to this place and slept there for a night. A big statue of Nandi is erected in front of the temple.

Cactus Garden: Built in 1987 by Dr. J. S. Sarkaria, this one-of-a-kind garden has over 3,500 species of cacti. It is good for an educational visit. For botanists, this place is a must see.

Grave of Barog: The grave is the final resting place of an engineer called Barog, who was made in charge of digging a tunnel for the Kalka–Shimla railway line in 1903.  To hasten the construction, he decided to dig the tunnel from both ends. However, he miscalculated and the two tunnels didn’t meet, which resulted in him being heavily fined by the British government. Unable to bear the embarrassment, he committed suicide. His body was cremated near this incomplete tunnel. His grave is now surrounded by a beautiful garden and has become a tourist’s attraction. It is believed that if the tunnel had been completed successfully, then it would have been the world’s longest tunnel of its kind.

Gurkha Fort:  Situated in Subathu on a small hillock, the fort is a very popular tourist attraction. It is said that the fort was built by Gurkha Army Chief Amar Singh Thapa to combat the British. It houses several cannons that are currently being used by the 14 Gurkha Training Center of the Indian Army. Surrounded by a dense forest, Gurkha Fort is connected to Parwanoo by National Highway 22.

Dolanji Bon Monastery: Also known as the Menri Monastery, it is a beautifully decorated structure that is worth a visit. It is the headquarters of Tibet’s oldest religion, Bon, and home to His Holiness the 33rd Menri Trizin, Lungtok Tenpai Nyima. It is also considered by many to be the second oldest monastery in the world and is an ideal place to unwind.

Solan has a number of accommodation options for tourists. The Pine Grove Hotel, Modern Guest House and Himanis Resort are nice mid-range to budget accommodations. Those looking for a more luxurious stay should check out the Suryavilas Luxury Resort and Spa and the Roses and Guns Home Stay.

Mushroom farming is a big source of income in the area and the Directorate of Mushroom Research is also located here. As a result, the city has been nicknamed as the Mushroom City of India.

Tomatoes are also widely cultivated in the region and the city is also known as the ‘City of Red Gold’.

The city is named after Shoolini Mata, whose temple is quite popular in the region.

The city of Solan is located in Himachal Pradesh, India, in the Solan district.

The Shimla Airport is the closest airport to Solan.  It is about 53 km away. A drive from the airport will take about one and a half hours. The airport is quite small and therefore only operates short distance flights.

Chandigarh Airport is located about 67 km away from Solan and it will take less than two hours to drive there. It is a major airport and is connected to almost all parts of the country.

The Kalka Railway station is the closest major station to Solan and is connected to all other major stations in India. The station is about 41 km away and it will take about an hour and a half to drive to the city from there.

From Kalka, one can also take the Kalka-Shimla Railway line to the Solan Railway Station. The view is quite nice; however, the train is quite slow.

The city is well-connected to major cities such as Shimla, Chandigarh, Patiala, and more. There are many state-run as well as private buses that ply between these locations.

The best time to visit Solan is from April to June and then from September to November.

What is the elevation of Solan?

How far is Solan from Delhi by road?

The distance between Solan and Delhi is about 313 km. A drive will take about six hours.

What is the average range of temperature in the city of Solan?