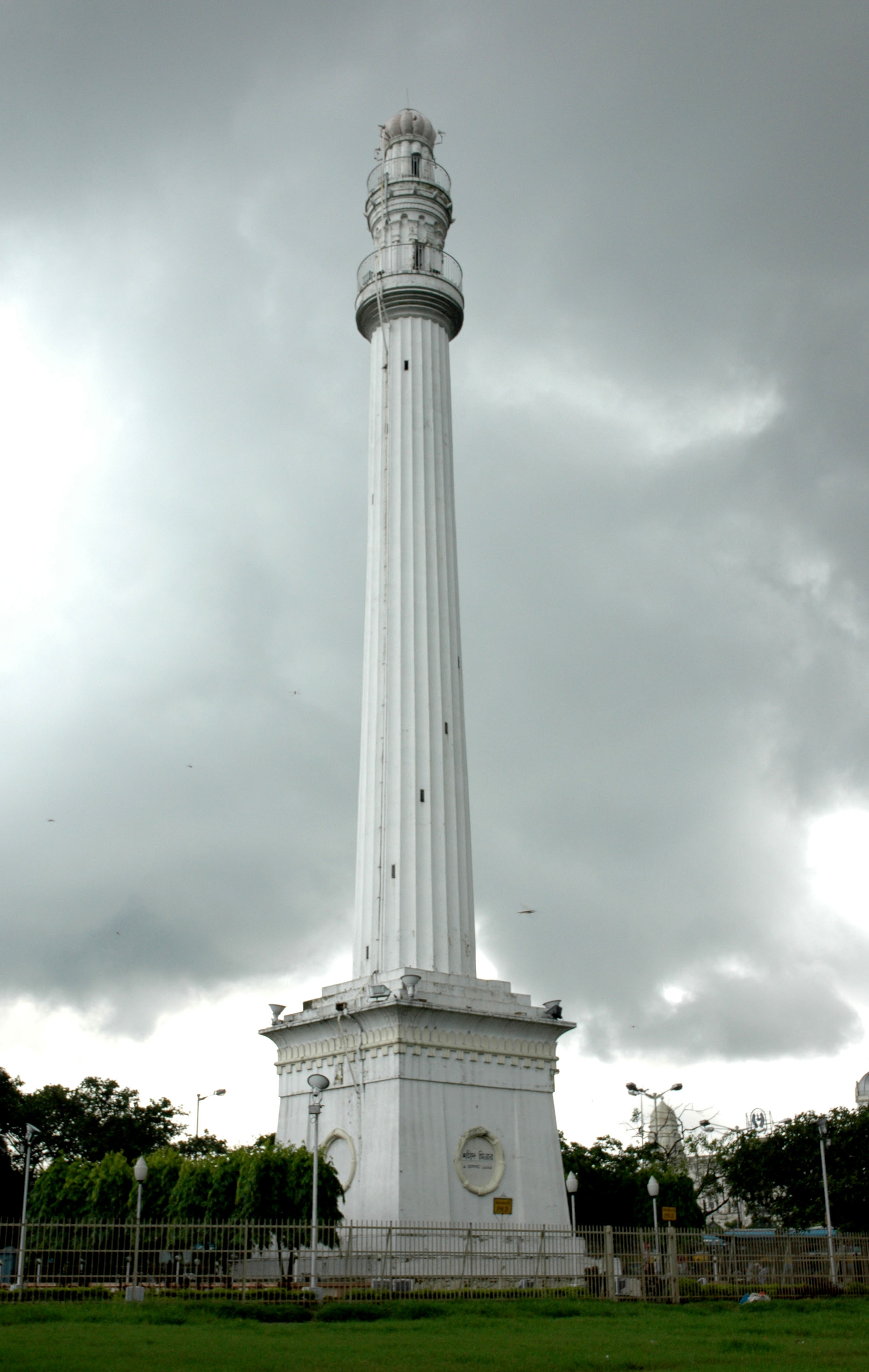 Shaheed Minar – a tribute to the great freedom fighters of India

Kolkata (erstwhile Calcutta) is full of grand edifices- mementos of the British empire. Nationalistic pride has, however, conferred on these pre-Victorian monuments, Indian names. Hence, the Ochterlony Monument, built in 1828, after two decades of Indian independence, was renamed the Shaheed Minar in 1969. ‘Shaheed’ is the Hindi word for ‘patriot’. Hence the memorial was renamed in honor of all the patriots who had laid down their lives for Indian freedom. Surprising, how the tide of turning events affects the fortunes of an inanimate monument. Locals, however, refer to it as the ‘monument’.

The Octerloney Monument was, erected to commemorate the victory of Sir David Ochterloney at the Anglo Nepalese War of 1814-1816.

The Shaheed Minar reminds a viewer of its more popular cousin in the capital of India- the Qutab Minar- partly owing to the fact that both are tall minarets. However the architecture of Shaheed Minar pales in comparison, when we take into account the magnificent carvings on the capital of the Qutab Minar column. A sinuous stairway consisting of 223 stairs takes a visitor to the top of Shaheed Minar. On evenings, the Shaheed Minar is illuminated and a walk up to the top is not only a perfect way to exercise your glutes but also get a worm’s eye view of the surrounding. The minaret has two floors. You can take your place at either balcony. The major trek is to the first floor. From there to the next balcony, it is only a small flight of stairs.

Significance today : Political meetings and rallies take place at Shaheed Minar today. Considering the amount of interest in politics in the state of West Bengal , the Shaheed Minar remains a very busy place throughout the year.

Where is Shaheed Minar?

The nearest international airport is Netaji Subhash Chandar Bose. It is a 30 minute drive from the airport to Shaheed Minar via VIP Road.

The Shaheed Minar is a short way off, both from Howrah railway Station and Sealdah Railway Station. Though the distance from the train station to the ‘monument’ is less than 2 miles, given the traffic conditions in Kolkata, it might take quite some time to travel even this small distance.

Best time to visit Kolkata is during winters from November to October. After that, especially during the summer months of April to September, outdoor locations are too hot and humid to enjoy.

Entry to Shaheed Minar is free

What are the Coordinates of Shaheed Minar?

What are some attractions near Shaheed Minar?