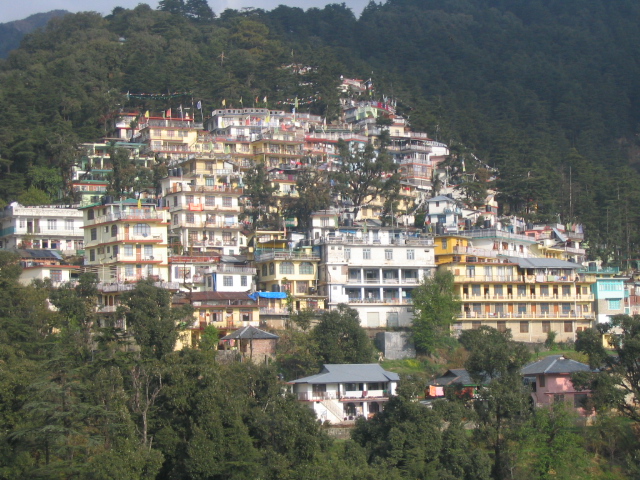 McLeod Ganj is the headquarter of the Tibetan government in exile

Whoever goes to McLeod Ganj, comes back with a yearning. It’s a place that whets your appetite for travel and leave you wanting for more. The changing colors of Dhauladhar range, monks clad in maroon robes, and yellow-footed Green pigeon in alpine forest are not the only pleasures that come your way. From birdwatching to trekking and trying Tibetan delicacies to souvenir shopping, this small suburb of Dharamsala and the official residence of the Dalai Lama sets the stage for diverse experiences.

McLeod Ganj was founded in 1848 by the British colonizers and named it after its founder Lord David McLeod, the Governor General of Punjab. The place, which had become an important hub of trade and commerce, got destroyed after a massive earthquake in 1905. McLeod Ganj took around 50 years to be fully reinstated. His Holiness the 14th Dalai Lama fled to India after China occupied Tibet in 1959. He came to McLeod Ganj in 1960 and set up the Central Tibetan Administration. Since then, McLeod Ganj has gained prominence as a holiday destination.

Things to do in McLeod Ganj

Travelers from all over the world throng here in search of peace and tranquility. Apart from visiting the meditation centers and Tibetan monasteries, the travelers swoon over host of other interesting activities. Travelers visiting McLeod Ganj do not forget to explore Lhamo’s Kitchen, Four Season Cafe, Tibetan Handicraft Center, and Gu-Chu-Sum Movement Gallery.

The Tsuglagkhang Complex: It is the largest Tibetan temple that is located outside Tibet, and quite possibly the most important building in the region because it is where the Dalai Lama comes to pray. The temple has beautiful statues of Sakyamuni Buddha and a meditation hall. Within the complex is the Namgyal Monastery. The complex houses a huge statue of Lord Buddha along with small statues of Chenrezig and Guru Rinpoche. Sight of the Tibetan prayer wheels, fragrance of incense sticks, and the sound of chantings create a wonderful ambiance. The place serves as the home as well as the administrative office of the Dalai Lama.

Tibet Museum: It’s situated quite close to the Tsuglagkhang Complex and gives visitors a chance to learn more about the history and culture of the Tibetan people. It screens documentaries every day at 3 p.m. A number of activities like talks and shows are also conducted in the museum.

Norbulingka Institute: The institute is a few kilometers away in Dharamsala and was created by the Dalai Lama to ensure that the traditional Tibetan arts & crafts continue to survive. The institute creates global awareness about Tibetan values and their expression in art and literature. It houses the ‘Happiness Temple’ – Deden Tsuglagkhang, the Losel Doll Museum, and a number of Japanese-inspired Norbulingka gardens and cafes.

Church of St. John in the Wilderness: This Anglican Church, built in 1852 in a Neo-Gothic style, is known for its architecture and Belgian stained-glass windows. A small graveyard behind the church has the grave of Lord Elgin, who became the Governor General and Viceroy of India in 1862.

Bhagsu Waterfall: The waterfall is located quite close to McLeod Ganj. It’s a fantastic place for picnicing and even the journey to the waterfall is quit eye-pleasing. Trekkers can have a great time.

Triund: The trek to this 9,000-ft ridge is very popular amongst visitors to McLeod Ganj. Trekking to the top is worthwhile. Those who undertake this nine-kilometer-long trek choose to rent a tent at the top and spend the night.

Where is McLeod Ganj?

McLeod Ganj is located in the district of Kangra in Himachal Pradesh, India. It is about five kilometers north of Dharamsala.

Gaggal Airport is about 18 km away and is the closest airport to McLeod Ganj. A drive from the airport to the town will take about half an hour.

McLeod Ganj is connected to all the nearby cities by a system of well-maintained roads. Inter-state and private buses from Delhi and other major cities connect McLeod Ganj.

The Pink House and The Misty Woods Hotel are among the popular budget and mid-range accommodations. Hotel Shivani International and Hotel India House are nice options for those who do not want to compromise on luxury.

The Moonpeak, Ashoka Restaurant, Tsongkha, Four Seasons Cafe, Gakyi Restaurant, and Chocolate Log are some of the most famous and most frequently visited places to eat in McLeod Ganj.

The pleasant weather between June and September makes it the best time to visit McLeod Ganj.

Majnu Ka Tila is a Tibetan camp in the north of Delhi. Buses to Dharamsala and McLeod Ganj leave from here.

It is advisable to confirm the destination as some buses go only till Dharamsala. In that case, a traveler needs to catch another bus to McLeod Ganj.