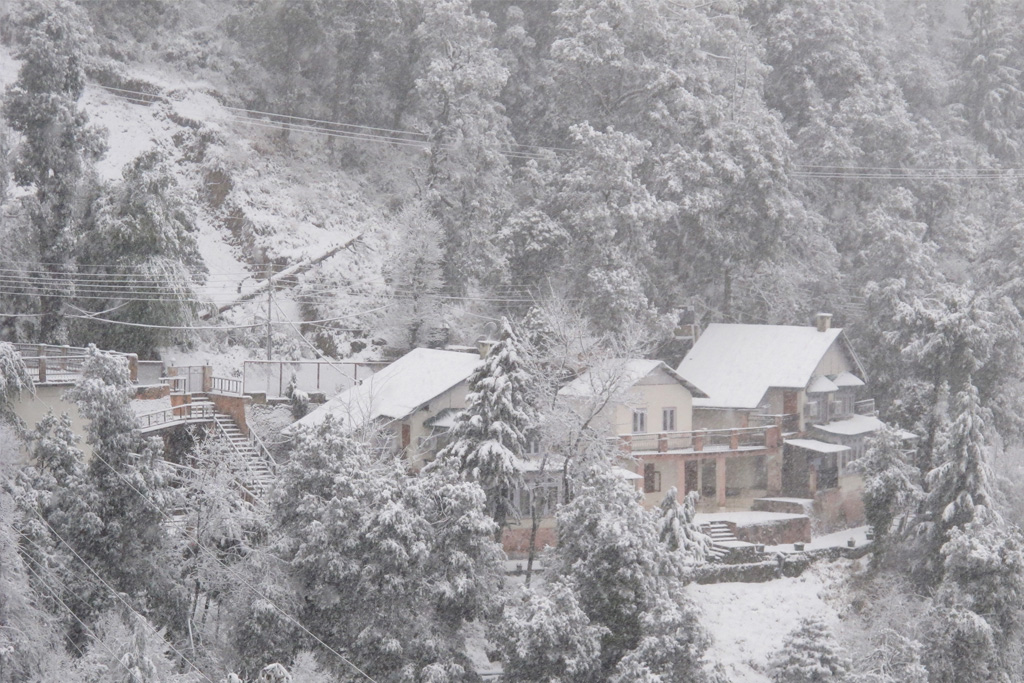 Dalhousie is one of the most popular vacation destinations in India

Dalhousie is a quiet town located in Himachal Pradesh, India, and is quite popular among tourists looking for a relatively quiet vacation. Most of the attractions in the town hark back to the colonial era. Picturesque views of distant mountains and valleys along with the refreshing mountain air make this destination a favorite retreat.

Places to Visit in Dalhousie

Churches: As Dalhousie was a British summer retreat, you will find a number of churches. St. John’s Church, St. Francis Church, St. Patrick’s Church and St. Andrew’s Church are frequented by tourists.

Dainkund Peak: The peak is located a few kilometers away from Dalhousie and is quite popular among hikers. Once tourists reach the top, they are rewarded with a panoramic view of the entire area.

Khajjiar: It is a small town located just a few kilometers away from Dalhousie. The place has earned the nickname, ‘Mini Switzerland of India’. The serene lakes, stunning pastures and forests are enough temptation for tourists. There is also an old temple dedicated to Khajji Nag. It is believed to have been built in the 12th century.

Kalatop Wildlife Sanctuary: The sanctuary is located between Dalhousie and the town of Chamba and offers visitors quaint views of the flora and fauna in the region. Here, you will come across a variety of wildlife like bear, Himalayan black marten, deer, leopard, serow, barking goral, jackal, squirrel, and langur.

Shopping: The die-hard shoppers will find this town endearing. For something unique, head to the The Tibetan Market and the Tibetan Handicraft Centre and have a look at the exquisite products from Tibet and China.

There are a number of places to stay in Dalhousie regardless of one’s budget. The Dalhousie Palace Hotel and Hotel Mehar’s offer decent and affordable accommodations. Mid-range accommodations such as Hotel President and Hotel Grace Mount are known for their unfailing hospitality. Aamod and Snow Valley Resorts in Dalhousie are great for those who are willing to splurge.

It is located in Chamba district of western Himachal Pradesh.

The railway station closest to Dalhousie is Pathankot. The Pathankot Junction connects almost all major cities in India to Dalhousie and is about 85 km away from Dalhousie. Driving to the town from the airport will take just over two hours.

Dalhousie is well-connected to all major cities in the region by well-maintained roads, especially the ones in Punjab and Haryana. There are a number of buses that run to and from all major cities nearby.

Summer in Dalhousie lasts from mid-March to mid-June and is the best time to visit the town. Summer is perfect for sightseeing, nature walks and relaxing amidst the scenic environment.

What clothes should be worn?

When visiting the town in summer, visitors should carry light woolen clothing as it may get cold at night. It gets quite cold during winter and therefore, heavy woolen clothing is recommended.

What is there to eat?

Momos (dumplings) are a staple in restaurants in Dalhousie. For burgers, head to Kwality Restaurant and to treat yourself to some offbeat dishes come to Napoli. While Chowgan restaurant serves Chamba specialties, the unassuming Cafe Dalhousie has almost every Indian and Chinese dishes on the menu.