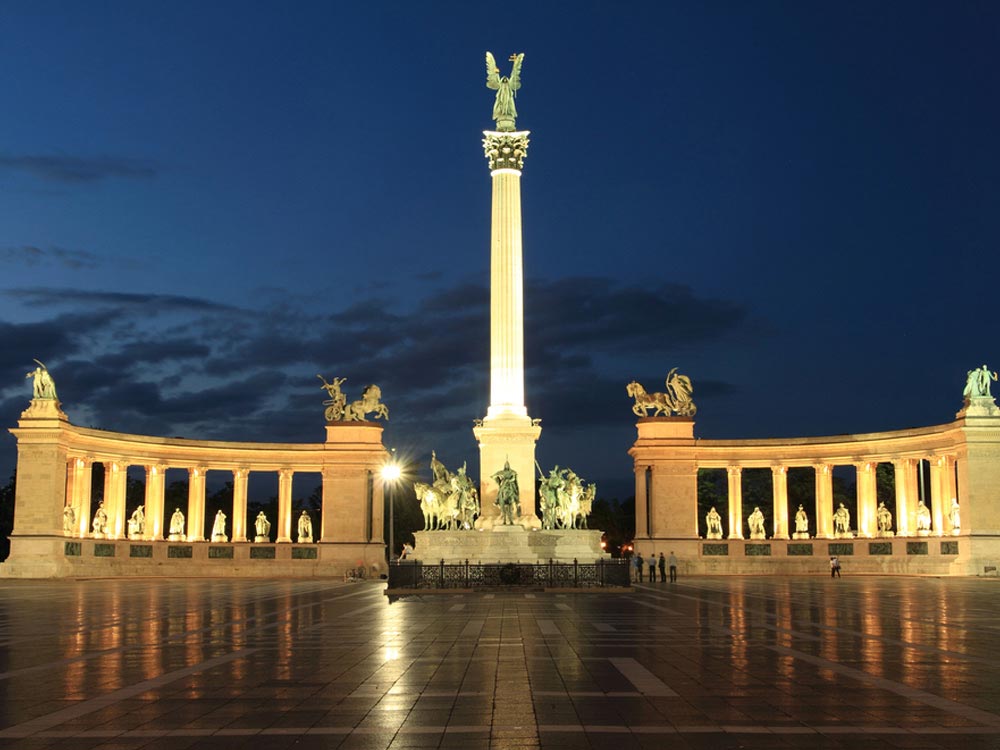 Call them heroes or martyrs or freedom fighters or just simply some valiant men, they are immortalized on their favorite horses in the Heroes’ Square in Budapest. The Heroes’ Square embodies the indefatigable spirit of the Hungarians and accentuates their victory over the Carpathian region. Infused with patriotism and a feeling of brotherliness, the gallant Hungarians rode over the Carpathian region and annexed the locale to their nation.

The Heroes’ Square comprises a pillar that has an altitude of some thirty-six meters. The pillar acts as a buttress for the sculpture of Gabriel, the purest and the most powerful of angels. Here, Gabriel is shown with her wings outstretched in the air. The pillar is encompassed by the sculptures of seven Magyar warlords who are portrayed to be riding on their stallions. The portion of the Heroes’ Square that depicts the sculptures of the warlords is known as the Millennium Memorial. The making of the Memorial started in the year 1896, because the year marked a millennium in the existence of Hungary.

There are two other pillars that portray the sculptures of a pair of Hungarian commanders of significance. The slab of stone that forms the façade of the Heroes’ Square has been erected in honor of the unsung warriors who sacrificed their lives for the sake of sovereignty. The slab of stone is not accessible to anyone when independence celebrations are being executed. Armed watchmen protect the slab during these celebrations.

In close proximity to the Heroes’ Square lie the Repository of Fine Arts and the Palace of Art. One of the chief tourist attractions in Budapest that must be visited by Hungarians and foreigners in the course of their Budapest tours, the Heroes’ Square enthralls its visitors with its splendor and heritage. 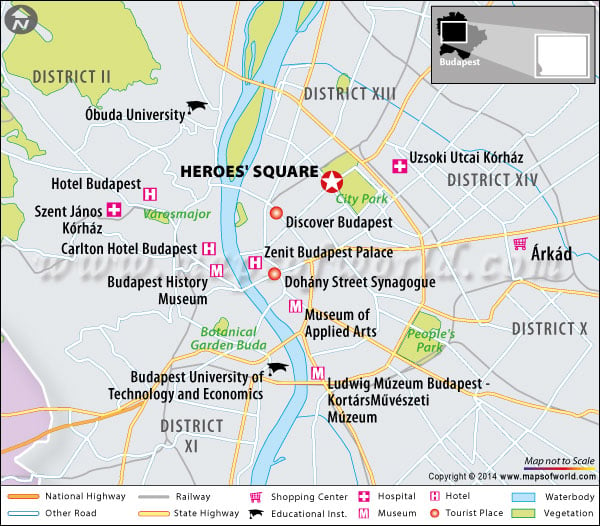 Where is Heroes' Square?

Located in Budapest, Hungary, the Heroes’ Square can be reached within 22 minutes from the Budapest Airport. It is very convenient to reach the square by tram, bus, or train.

The best time to visit the Heroes’ Square is from March to May and September to November. Visit the square during evenings when the lights are turned on.