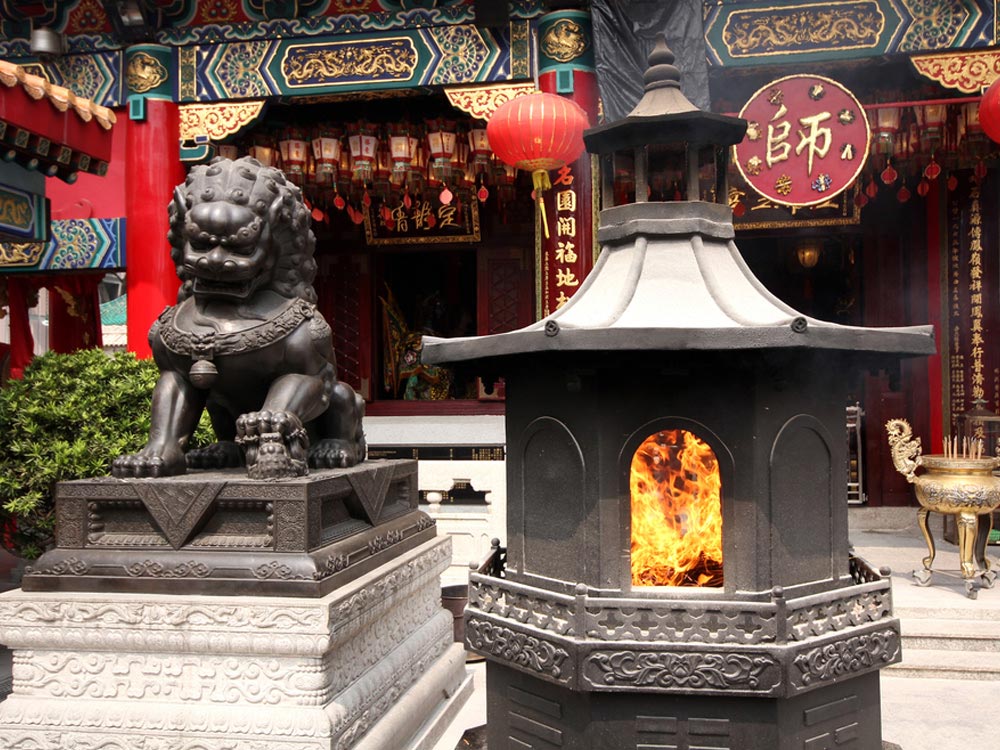 A large number of worshipers flock to the temple throughout the year offering prayers to the deity, which it is believed are answered.

There is a legend about the Wong Tai Sin God, that says that at the age of 15, a small shepherd boy was enlightened with the knowledge of curing sick people with the help of a cinnabar. He knew how to convert the cinnabar into medicines. He spent 40 years of his life in isolation, making himself perfect in this method and finally earned a lot of fame as a Taoist by becoming immortal. This little boy was later known by the name of Wong Tai Sin.

The temple is visited by innumerable worshipers who wish to know their fortunes with the help of the lighted sticks and by shaking the Bamboo cylinder. When one of the fortune sticks fall to the ground, the stick which has a number on it is exchanged with a piece of paper. The fortune of the worshiper is contained in this piece of paper, which is interpreted and read by the soothsayer.

So, if you are seeking solutions to your problems or want to know your future, you must visit the Wong Tai Sin temple.

The tourists can buy souvenirs in the form of joss sticks or sacred gifts that are sold outside the temple premises. The temple also has a traditional Chinese garden where the tourists can relax and enjoy the peaceful aura around the temple.

Where is Wong Tai Sin Temple?

During a weekday, the best time to visit the Temple is around 9:00 am or late afternoons. The days that one must avoid are the busiest days, i.e., Chinese New Year’s Eve and holidays, the days from January 1st to 15th and Wong Tai Sin’s birthday.

Visitors are allowed to enter the temple complex every day from 7:00 am to 5:30 pm.

No fee is charged for entry into the Wong Tai Sin Temple.