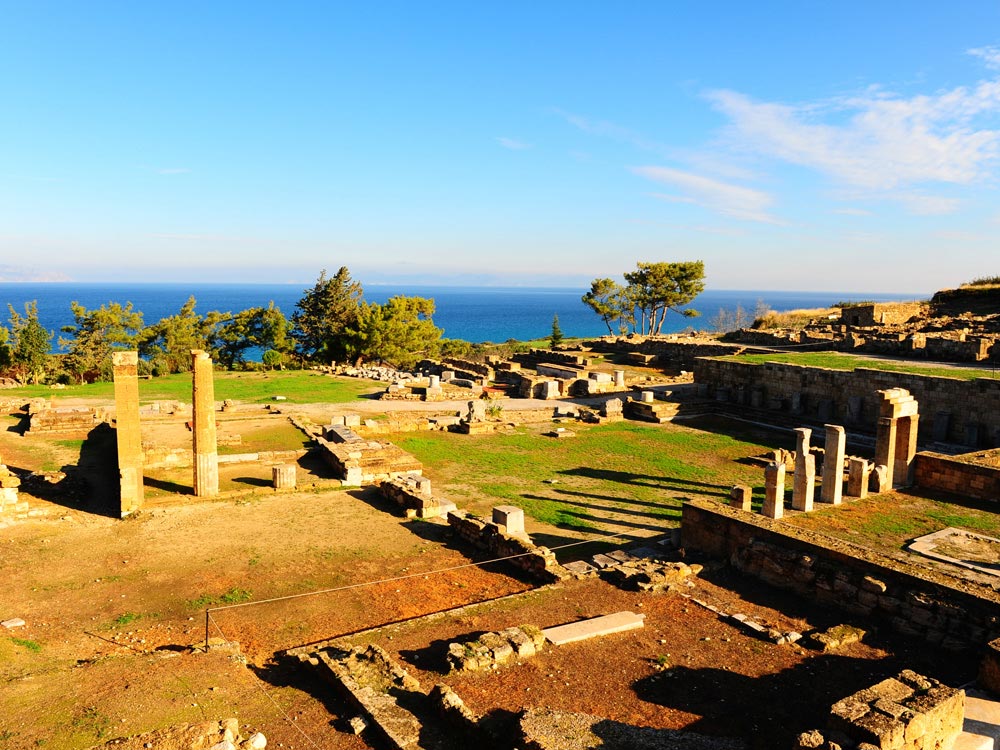 Ruins at the Ancient City Of Kamiros In Rhodes, Greece

Ancient Kamiros is one of the most significant historical and archeological sites on the island of Rhodes. If the past tickles your interest, then your list of locales for sightseeing in Rhodes must include Ancient Kamiros. One of the important cities that formed the ancient Rhodes state, Kamiros is one among the popular tourist attractions on this island off the coast of Greece.

Ancient Kamiros lies close to the promontory of Agios Minas, also known as the Ancient Mylantio. Previously one of the three large Doric cities of the island, Kamiros united with the cities like Ialyssos and Lindos in the 5th century B.C. to create a more mighty state of Rhodes. The city was an important commercial center. Though the city was established by Dorians, it is believed that the first inhabitants were Achaeans. The ruins of an ancient Mycenaean necropolis near Kalovarda village makes the fact all the more evident.

Essentially an agrarian society producing oil, wine and figs, ancient Kamiros, Rhodes experienced its golden period during the 6th century. It was the first city in the Rhodes islands that introduced its own coins. The fate of ancient Kamiros, Rhodes is often compared with the city of Pompeii which contradicts the facts. The decline of the city was caused due to the gradual decline of the population which moved on to Rhodes. Some of the places that will catch your fancy are the Monastery of the Virgin Mary, the market, and Doric temple with characteristic arches.

The Monastery of the Virgin Mary in ancient Kamiros is built on an older temple of Athena dating back to the Third century BC. You will find many of the artifacts excavated from the site in the Louvre Museum, and the British Museum.

Located on the north-western shore of Rhodes, ancient Kamiros is 30 kilometers from the city.

Spring and early summer are the best times to visit Greece. Thus plan your tour to Greece during these seasons.

The ticket prices are as follows:

Nearby Attractions: Medieval City of Rhodes, Palace of Grand Masters, and Acropolis of Rhodes.