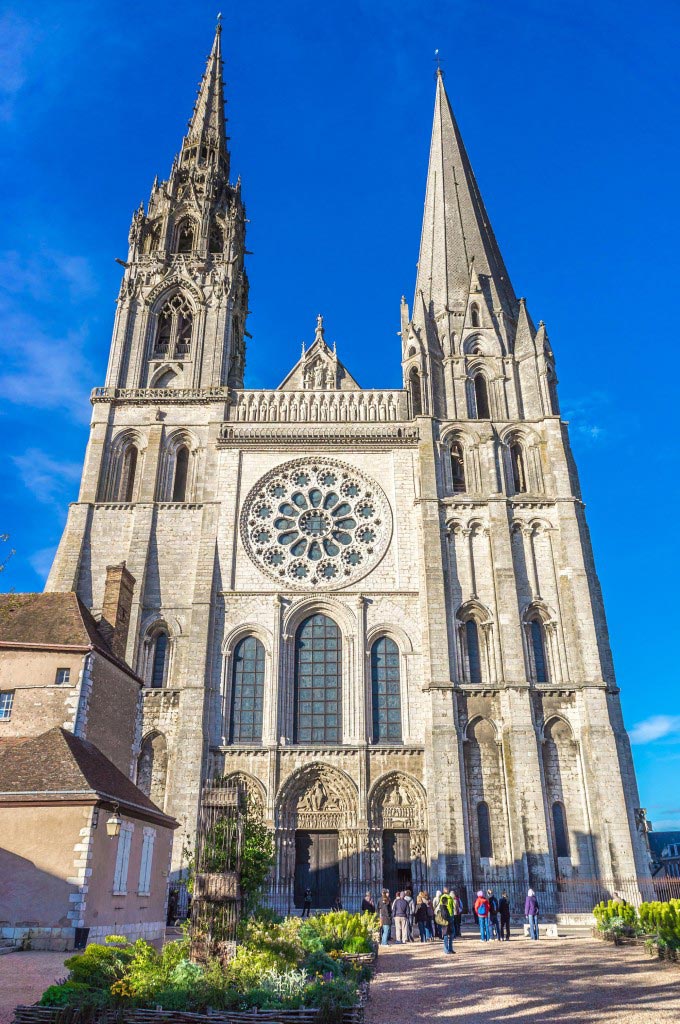 Chartres Cathedral in France is dedicated to the Virgin Mary.

Chartres Cathedral, devoted to the Virgin Mary is one of the most beautiful churches in the world. It was inaugurated in 1260 and has been well preserved till today. The church has been a major pilgrimage destination since the Early Middle Ages.

Chartres Cathedral is highly praised for its sculpture, much celebrated stained glass as well as its high gothic style. The sculptures in the cathedral range from large column statues to miniatures and were intended to be educational just like the stained glass. Gothic architecture is seen by many to be dark but the architects didn’t intend their work to be that way. Cathedrals were meant to provide a glimpse of heaven on earth by being temples of light.

The innovations displayed inside the building set the standard for architecture in the thirteenth century.
Several alterations have been made to the site over the years and a series of restorations took place in the 19th century. Efforts during the 20th century mainly concentrated on the protection of the church’s stained glass from air pollution.

UNESCO designated the cathedral as a World Heritage Site in 1979.

Where is Chartres Cathedral ?

Guided tours that take people to visit the region from Paris are available. Some tourists also choose to take the train or go by car from Paris to Chartres.

Summer is the most popular time of the year amongst tourists. Although families, friends as well as business travelers choose to travel across the Atlantic mostly in the summer, this season also requires planning in order to allow the trip to go smoothly. Moreover, since lines are longer at the main attractions in the region and the airfares are also more expensive during this time of the year, some people choose to visit from November through February.

Chartres Cathedral is open from 8:30 am to 7:30 pm everyday and until 10 pm on Tuesdays, Fridays and Sundays during the months of July and August.

General admission to the church is free. However, visiting the treasury and towers costs 7 € for adults and 4.50 € for those between the ages of 18-25. Children below the age of 17 can enter for free.