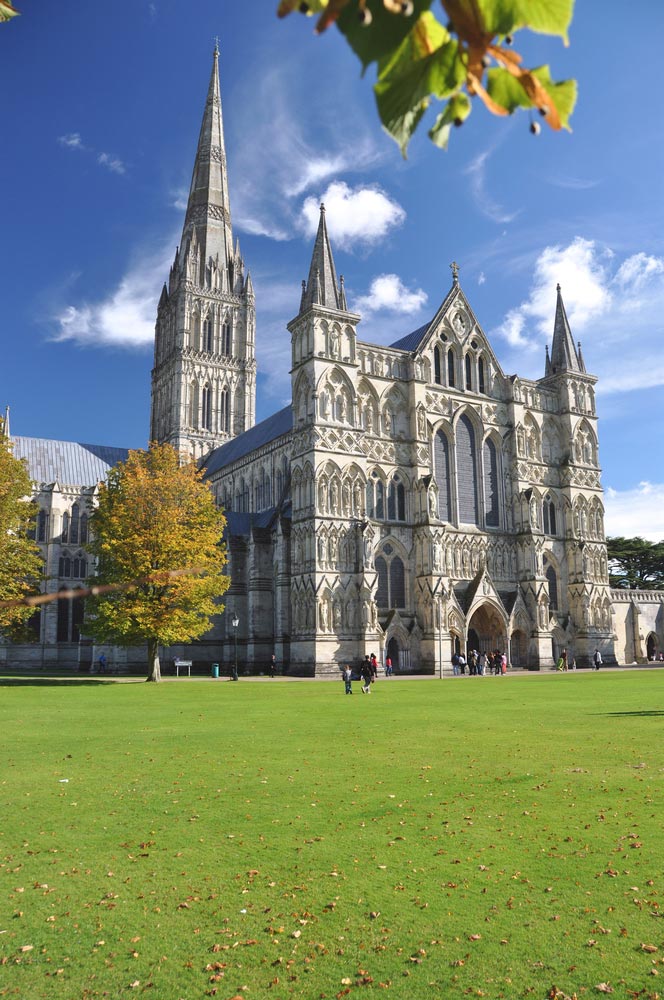 Salisbury Cathedral  – one of Britain’s most famous Gothic Cathedrals.

Salisbury Cathedral, London, is undoubtedly Britain’s most famous 13th century Gothic cathedral. The enormous and lofty spire grabs your attention. Once you reach the Cathedral, viewing the stonework of such an architecturally evolved church in Salisbury, is in itself a wonderful experience.

The Cathedral is situated in the midst of a cluster of monumental buildings and edifices. It is enclosed by eight acres of lush green lawns and you can’t differentiate much between walking on a carpet or walking on grass.

The Cathedral maintains records of people who have been married, baptized or buried in its premises and the records are provided to any body from the general public who might want to know more about their ancestors/ family members or friends.

Guided tours of the Cathedral are provided everyday. Each and every aspect of the Cathedral’s rich past and its many historical artifacts and relics are highlighted in the most interesting manner. If you are energetic, just climb upstairs, 332 steps in all, to the pinnacle of the tower. The experience of the view from the top is breathtaking.

Where is Salisbury Cathedral?

The Salisbury Cathedral is located in the city of Salisbury from which it derives its name. It is an hour-and-a-half drive from London. A train from London is the best way to get to the site as the cathedral is only 10 minutes away from the station. Other options include travel by bus or car.

The cathedral is open from Monday to Saturday at 9:00 am and by noon on Sunday. Services are held on Sunday, where visitors are welcome. However, tourists will only have restricted access during times of services. Holidays such as Christmas and Easter are also busy times and best avoided.