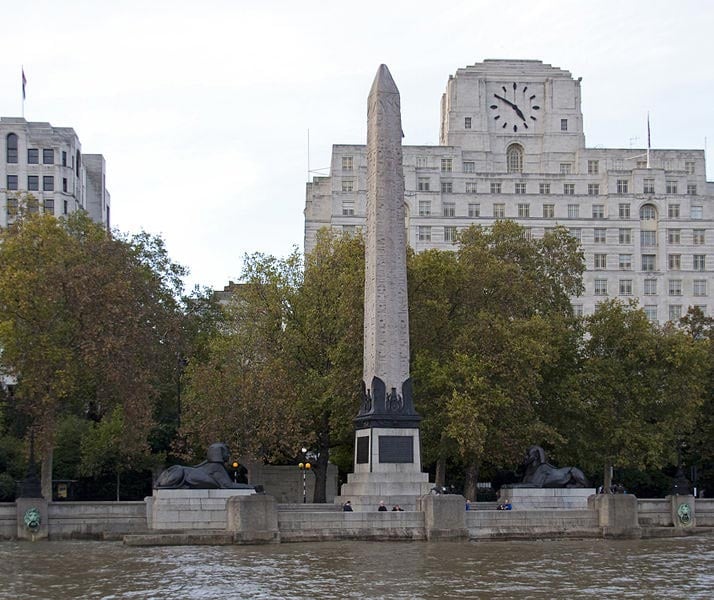 The Cleopatra’s Needle at London, England

Cleopatra’s Needle in London is a granite obelisk, which is all of 68 feet and weighs 180 tons. This obelisk originally dates back to 1500 B.C. and was built for Tuthmose III. The Hieroglyphics praising Tuthmose and honoring his third Sed festival can be found on the obelisk along with engraved inscriptions by Ramesses II which was added much later to commemorate his hard earned victories.

This mammoth granite obelisk was presented to the people of Great Britain in the year 1819 as an acknowledgement of Nelson’s victory over the marauding French armada, at the infamous battle of Nile in 1798. Apart from the obelisk, a portrait of Queen Victoria and other Victorian era artifacts are also found.

However, it took almost 60 long years to actually bring this mammoth obelisk to Britain. No British government was gallant enough to overcome the obstacles of shipment of this obelisk from far away Egypt to Britain. Not only was the shipment of the obelisk a daunting task, it also involved enormous expenses. Had it not been for the generosity of Mr. Erasmus Wilson, who dished out a staggering £10,000 to bear the expenses of shipment, this marvelous granite obelisk would have probably remained buried in the sands of Alexandria until the end of time.

During World War I, Cleopatra’s needle suffered a minor damage, courtesy the air raids. A portion of the plinth and one of the sphinxes, which bore the brunt of the attack, is clearly visible. 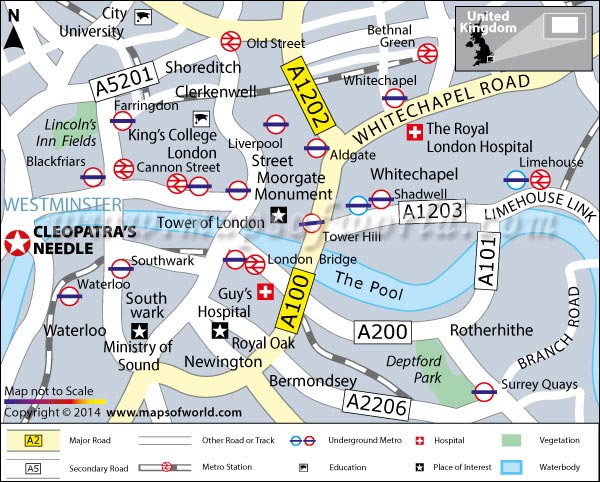 Where is Cleopatra's Needle?

London is best visited during the summer months. Cleopatra’s Needle has no particular visiting hours or visiting charges.

Nearby Attractions : The London Eye, Cenotaph, the Fourth Plinth