Croatia is home to several major caves, and impressive lakes, including Plitvice’s 16 beautiful lakes and waterfalls. Major rivers in Croatia are the Danube, which is the second longest in Europe, as well as the Sava, Drava, and Kupa Rivers.

The Republic of Croatia is a Mediterranean country of Southeastern Europe. It is bordered by Slovenia in the northwest, Hungary in the northeast, Bosnia and Herzegovina and Montenegro in the southeast and Serbia in the east. Croatia Location Map

Places to Visit in Croatia

Dubrovnik : Dubrovnik is a stunning city with a beautiful Old Town. The region has been attracting tourists for centuries and is famous for its piazzas and narrow streets. Dubrovnik is located in the country of Croatia, which is across the Adriatic Sea from Italy’s east coast. 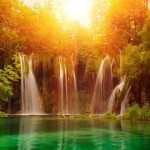 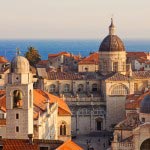