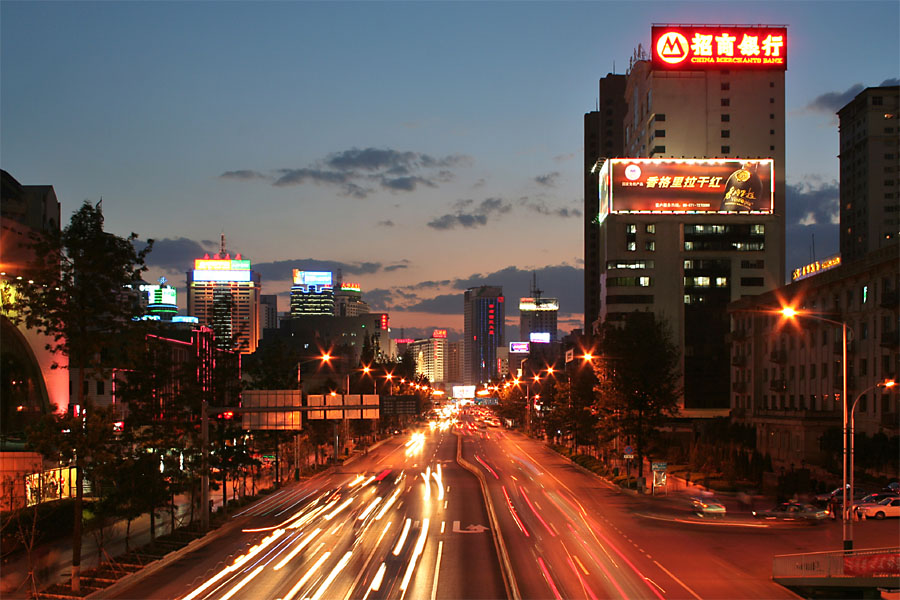 Kunming is the cultural, economic, and the political center of Yunnan province in China

The city of Kunming is where the ‘Spring’ rests all year long. Besides being the hub of tourism in southwest China, Kunming is also the cultural, economic, and the political center of Yunnan province. National parks, temples, golf courses, and swanky shopping districts are quite a lure for those who haven’t been to this city. The easygoing locals and the constantly changing landscape of Kunming give the city a distinct identity that a traveler looks forward to explore.

Places to Visit in Kunming

The bustling city of Kunming has iconic tourist attractions and some of them are a must-visit.

Stone Forest – Known as the ‘First Wonder of the World’ since the Ming Dynasty (1368-1644), the Stone Forest is a premier tourist attraction in Kunming. The intricate stone formations of plants, animals, and human beings can be mesmerizing. According to locals, if you have visited Kunming and not seen the Stone Forest, you have wasted your time.

Dianchi Lake – It is the largest freshwater lake in entire Yunnan covering around 300 sq. km. It is often referred to as a ‘Pearl on the Plateau’ for its picturesque surroundings comprising mountains.

Dongchuan Red Land – As the name suggests, the land   bears three different shades of red – brick red, purple red, and dark red. During spring, the yam flowers and the rape flowers form a blanket over the red hills, giving it a surreal look.

Grand View Park – Murmuring water, bridges, pavilions, and the rock gardens collectively make the park a virtual heaven on earth. It is also home to the Grand View Pavilion, which carries the longest couplet in the country featuring 180 characters of literary elegance created during the Qing Dynasty (1644-1911).

Green Lake Park (Cuihu Park) – Facing the Yunnan University, the Green Lake (Cuihu) Park is situated in the city center. Earlier a part of the Dianchi Lake, the Green Lake has become independent owing to the reducing water level of Dianchi Lake. The three major attractions include the Fish-viewing Pavilion, the Mid-lake Pavilion, and the Lotus Temple.

Yunnan Provincial Museum –The east section of Guangfu Road in Guandu District is where this wonderful museum is located. Over 200,000 pieces of fine artworks are housed here offering the visitors a thorough understanding of Yunnan’s rich ethnic lifestyle and the land’s history. At the museum, you also get a chance to learn about the bronze culture and historic features of the ancient Dian Kingdom (278-115 BC).

Things to Do in Kunming

Boating in the Green Lake and watching the seagulls fly past is an activity that’s very close to a traveler’s heart. You should try boating in the Dianchi Lake.

Opt from various tour packages to cover the entire city and do not miss out on anything worth a visit.

Spend some quality hours at the entertainment hubs in Kunming. The Halfway House is the favorite hangout for the local youths and western students who choose to dance to live music. If trying local and foreign beers is on your mind, head to the Mask – the place where nightlife comes alive.

There is a wide range of restaurants in Kunming offering mouth-watering dishes. Tángcháo Yīpǐn is the best place to be if you want to taste any local dish. 1910 La Gare du Sud, Brooklyn Pizzeria, Tǔ Shēngshí Guǎn, Salvador’s, Hóng Dòu Yuán, Box Bar, Zhènxīng Fàndiàn, and As You Like are some of the other popular restaurants. Ganesh restaurant offers local and foreign beers along with delicious Indian cuisines.

Kunming is the capital city of Yunnan district of China. The city falls in southwest China near the borders of Laos and Vietnam.

Kunming is ideal for traveling and hanging around all through the year as the weather remains pleasant for major part of the year. The average annual temperature of the city is 15°C. It does not get any hotter than 31.5°C and no cooler than 6°C. However, the months of April, May, October, and November witness heavy rains. There is a big difference between the daytime and the nighttime.

By Rail – The Kunming Railway station is 20 km from the city center that calls for a 20-minute drive.

By Road – Kunming has an extensive network of road that connects all parts of the city and also the major cities of China.