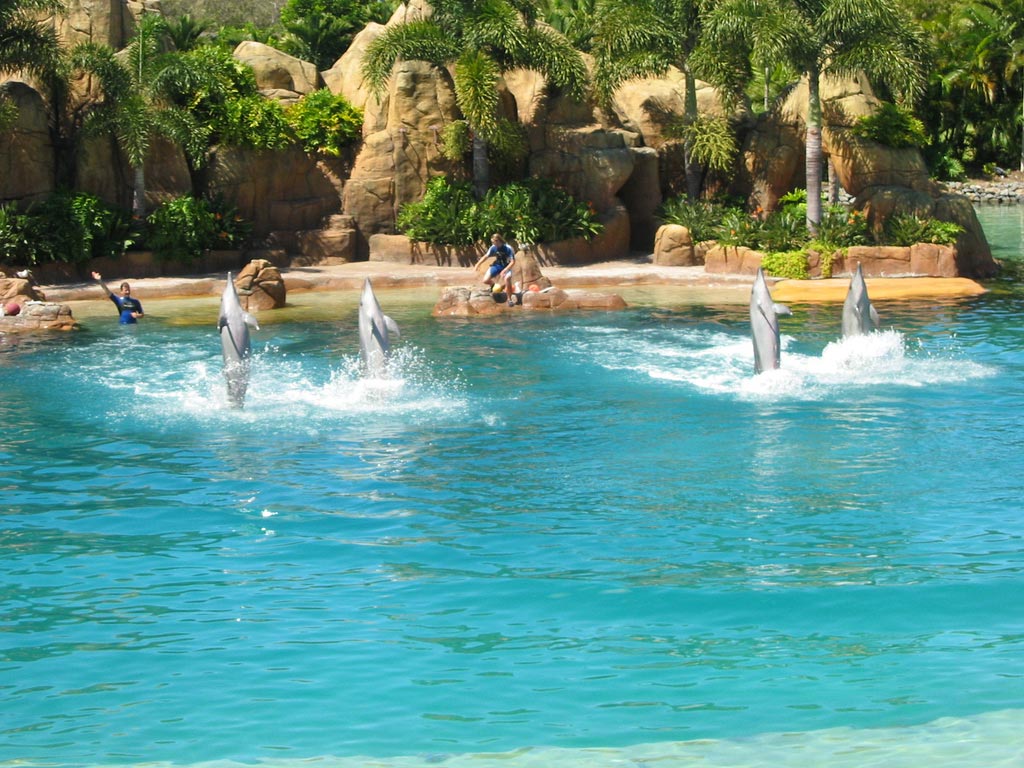 Sea World in Australia is a marine animal theme park, oceanarium, and resort. The amusement park offers complete entertainment with its attractions and shows, and also educates visitors about amazing marine life forms.

The newest attraction at the Sea World in Australia is the Seal Harbour. Here you can watch the seals playing and sunning themselves. Special boardwalks and glass partitions have been installed just above the water surface.

Dinosaur Island is another major attraction at the Sea World in Australia. The place takes you back to the era of the dinosaurs with its exclusive exhibits of a full-sized dinosaur skeleton and real dinosaur fossils in the inner chambers, as well as 14 life-size dinosaur exhibits in the outer forest.

You can see the second largest species of Penguins, the King Penguins and Gentoo at the icy exhibition area called Penguin Encounter. It offers views from both an underwater and topside position.

The Polar Bear Shores house the only polar bears in Australia. There are three of them and they are named Hudson, Liya and Nelson. They live in a tundra-type near natural environment.

Feed over 100 majestic stingrays at the Ray Reef. Observe these creatures that fly and glide under the water.

Dolphin Cove, with its three grand lagoon pools, is a habitat of the beautiful Inshore Bottlenose Dolphins. You can see them playing, splashing and jumping in the water.

Rides at the Park:

Experience a bigger storm with water and fire effects at the Storm Coaster.

Use your personal Jetski to embark upon a quest to save valuable marine life on a Jet Rescue mission. Flying past rock pools at 70km/hr and pulling 2.5Gs save a captured Sea Lion and on the way back rescue a hero on this thrilling ride.

Where is Sea World?

The park is open year-round except on Christmas Day (December 25), and on ANZAC Day (April 25). The Gold Coast experiences sunny weather about 300 days a year. But during summer (December through February in Australia) the park can get very hot and crowded. A better bet for visiting is during spring or autumn.