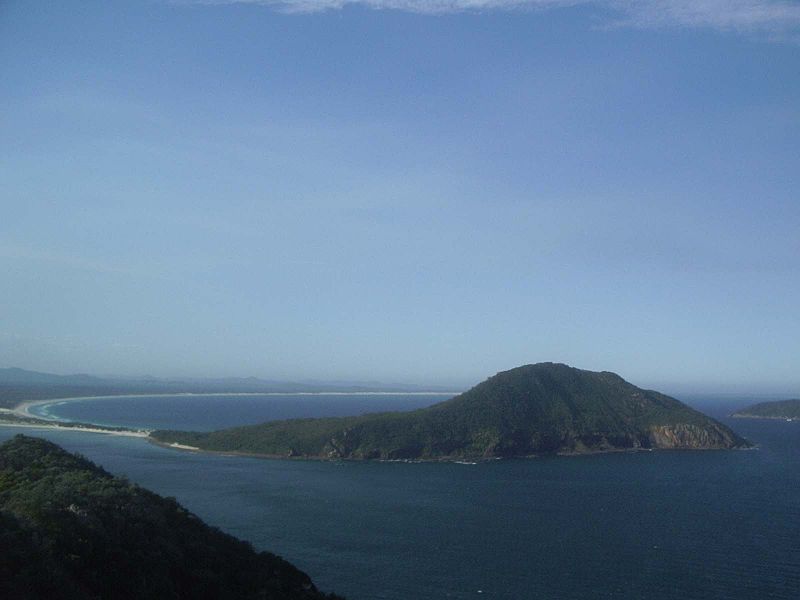 Port Stephens is a perfect holiday destination located near Melbourne

Port Stephens, famous for its estuary beaches, lies at a driving distance from Melbourne. Attractions and activities are inseparably intertwined here. So visiting beaches brings not only a promise of miles of golden sand to walk on, but also some great quad-biking and whale-watching. Like in many other parts of Australia, tourism in Port Stephens too takes into account the needs and privacy concerns of the aboriginal Worimi tribe here.

Port Stephens has a mind-boggling twenty-six golden beaches-and each one of them more beautiful than the other. Besides the beaches, you have golf-clubs, toboggan rides, awesome biking trails, fresh-fruit farms, national parks, and so much more.

Fingal Bay Beach: The Fingal Bay Beach coils itself into a perfect half-moon. The beach borders turquoise waters and narrows into a spit that extends to meet the Fingal Bay Island. Strong southeast winds blow making the place ideal for a little walk to the lighthouse or to one of the several stylish cafes in the Fingal Bay area.

Dolphin Swim Australia: Often considered the top attraction in Port Stephens, the Dolphin Swim Australia has a dedicated crew that guides visitors through two hours of swimming with a pod of dolphins. Not only does one get to swim with the playful dolphins, but one can also talk to dolphins and the dolphins talk back.

Tomaree Head: Tomaree Head has perhaps some of the best views of New South Wales. Situated in Tomaree National Park, the Tomaree Head is the only place from where you see deposits of the volcanic rock rhyodacite. 360 degree views of Port Stephens can be seen from here. Other rewarding views include the coastline, Broughton, Cabbage Tree, and Boondelbah Islands nature reserves.
The ruins of Fort Tomaree, part of Australia’s World War II defense system, can also be seen at the Tomaree National Park.

Gan Gan Lookout: This is the highest point in Port Stephens (160 meter-high). It is easily accessible by, though the walk-up to the lookout is good to exercise the calf muscles. From here an onlooker gets sweeping views of the south, Newcastle, ships in the Newcastle harbor, Soldier’s Point, Hawks Nest, Nelson Head and Nelson Bay.

Fighter World: A must-visit for aviation enthusiasts, this place is far from being a museum of dead flight artifacts. Fighter World has several civilian and military aircraft, sitting in the cockpits of a few of which are allowed. The staff is knowledgeable and regales visitors for hours with stories of the history of aviation. The deck opens to great views of the civilian and military planes taking off. Tickets are priced very reasonably.

Stockton Sand Dunes: These sand dunes are the largest continuous mobile sand dunes in the Southern Hemisphere. Though quad-biking on the dunes is a major attraction here, the dunes are actually a part of the Worimi Conservation Lands which boasts a beautiful beach, the shipwreck of the Sygna, and the ‘Tin City’. At the Tin City a visitor will find 3,000 concrete tank traps-relics of World War II. Entry to the Stockton Sand Dunes is via the Gan Gan Road at Anna Bay and the Lavis Lane Entrance at Williamtown. Quad-biking, four-wheeler driving and camel rides, are very popular activities here.

Soldier’s Point Marina: The Marina is excellent even for simply a walk along its shores. Restaurants serve some of the best sea-food. The music and the peppy crowd make it one of the most happening places in Port Stephens. At night, soldier crabs can be seen crawling to their homes under the sand.

The boats and yachts moored at the marina are a beautiful sight.

One Mile Beach: The beach is a long spacious beach with clear waters good for swimming and surfing. The beach is patrolled till early afternoon. The huge beach is good enough for a game of beach cricket. Most visitors simply prefer to carry their own umbrellas and spend some time, undisturbed in the sun.

Things to Do in Port Stephens

One easy way of sight-seeing here is to sign up for a tour. Daytime tours are an extremely popular option here, as these tours are tailored to the specific interest of the visitor and save clueless tourists a lot of time. Popular activities here are dolphin watching, sand-boarding, quad-biking and cruising. These activities are mixed and matched to fit requirements of time and budget. Once major attractions like swimming with dolphins and quad-biking on sand dunes are done with, as part of a day-tour, visitors are left with some time on their hands to explore the coastal areas, markets and restaurants on their own.

Where is Port Stephens?

Port Stephens is located in the Hunter Region of New South Wales, Australia. It is an hour’s drive from Newcastle.

The nearest airport is the Newcastle Airport, located about thirty minutes away from Port Stephens. The airport is connected by flights to all major towns like Melbourne and Sydney. From there it is a distance of about 28 miles to Port Stephens via the Pacific Highway and Medowie Road. A car will take approximately 35 minutes to cover the distance.

Tips for anyone visiting Port Stephens: