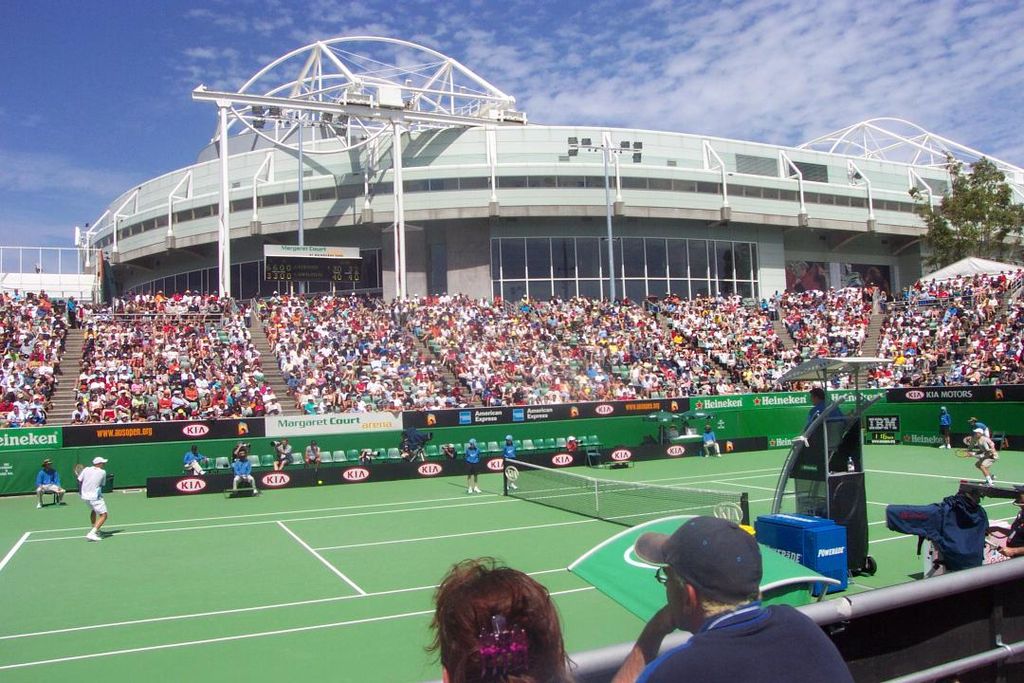 The Margaret Court Arena is the third and latest addition to the Melbourne Park. It is the third largest venue for the Australian Open, after the Rod Laver Arena and the Hisense Arena. It is famous for its retractable roof that opens and closes in 5 minutes- the fastest retractable roof in the world.

Please take a look at the seating plan before booking your seats for the Australian Open.

A 700 million dollar project was undertaken in 2010- the Melbourne Park masterplan- and the renovation of the MCA was carried out under this project. The court was then transformed into a multi purpose venue for sporting and entertainment events alike. Seating capacity too increased from 6000 to 7500.

Margaret Court Arena with its intimate seat setting and variable seating capacity that can range from 5000 to 8000, has become hot favorite among musicians and music enthusiasts alike, as a venue for live music. Australian hip hop pioneers Hilltop Hoods, performed at the MCA as a part of their Cosby Sweater Tour.

Where is Margaret Court Arena ?

How to reach Margaret Court Arena?

The nearest international airport is Melbourne Airport. You can take a cab via M2 to reach the Margaret Court Arena within roughly 30 minutes.

From Melbourne Central Railway Station, a cab will take you to Margaret Court Arena via Londsdale Street, Exhibition Street and Batman Avenue in 8 minutes.

Margaret Court Arena may be visited during tennis, basketball and netball matches, and for entertainment shows organized at Margaret Court. The fastest retractable roof in the world ensures that the event goes on even if the weather plays truant.