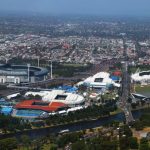 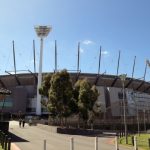 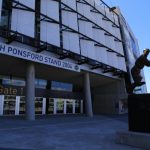 Each MCG gate is dedicated to a Sport Legend

Melbourne Cricket Ground is managed by the Melbourne Cricket Club but is variously utilized for other games as well such as football and rugby games. This is a landmark sports ground in Melbourne, Australia. In 1956, this ground was used for holding some of the Olympic games.The cricket ground has been in existence now for more a hundred years. It accommodates a seating capacity of about 100,00 at a time. This Australian cricket ground is also hired for large parties and entertainment purposes.

It is variously facilitated with two electronic score display boards and other corporate facilities. Also, there is a gallery of sport and different arrangements for live covering of the match by the media.Presently, the ongoing renovation works are expected to improve fifty five percent of the total Ground. The Melbourne Cricket Ground attracts millions of audience annually and is in used for around ninety days a year.

The Melbourne Cricket Ground is the site of many a memorable cricket and soccer match. Even tourists to Melbourne make it a point to visit the stadium and ground even if there is no match. The seats of the audience are specialized as the Olympic Stand, the Ponsford Stand, Members’ Reserve and the Great Southern Stand.

Where is Melbourne Cricket Ground?