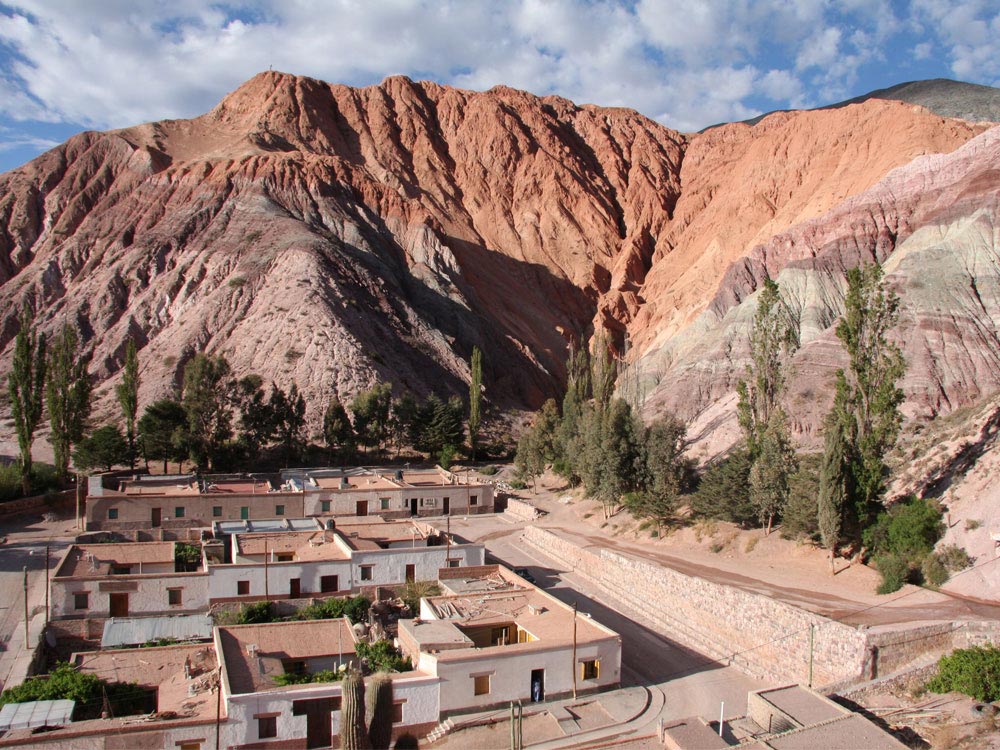 Quebrada de Humahuaca, is a picturesque narrow valley located in north-west Argentina, in the state of Jujuy. The region has always been a crossroads for economic, social and cultural communication. It is skirted by Altiplano in the west and north, the Sub-Andean hills in the east, and the Valles Templados in the south.

Situated at the foot of the valley is the village of Maimará, and one of the highlights of the place is the Grande River or Río Grande. The river generally remains dry during the winter, but it is full to the brim during summer. The area attracts a large number of tourists from Argentina as well as other countries of the world.

The primary attraction of the valley is its 200 archaeological sites, and the valley is a haven for historians. All these historical sites are pre-Hispanic and pre-Incan sites and are symptomatic of the pre-Hispanic civilization of the region. Some of the important sites of historical importance in the valley are Uquia, Chulin, Coctaca and Penas Blancas. There are also other important sites in the region that include the Regional Archaeological Museum and the Independent Monument.

Besides historical importance, the valley is also renowned for its spectacular natural beauty. It is a unique cultural landscape in the world. The indigenous towns of the zone conserve religious beliefs, rites, celebrations, art, agricultural music and techniques that are a living patrimony. You can enjoy the sights of fascinating natural wonders along with breathtaking natural sceneries. The beauty of the place is at its pinnacle during early mornings as the colors look more vivid and there is no wind.

Where is Quebrada de Humahuaca ?

Spring season (September to November) is the best time to visit Quebrada de Humahuaca as you would encounter neither the scorching heat of summer nor the coldness of winter.