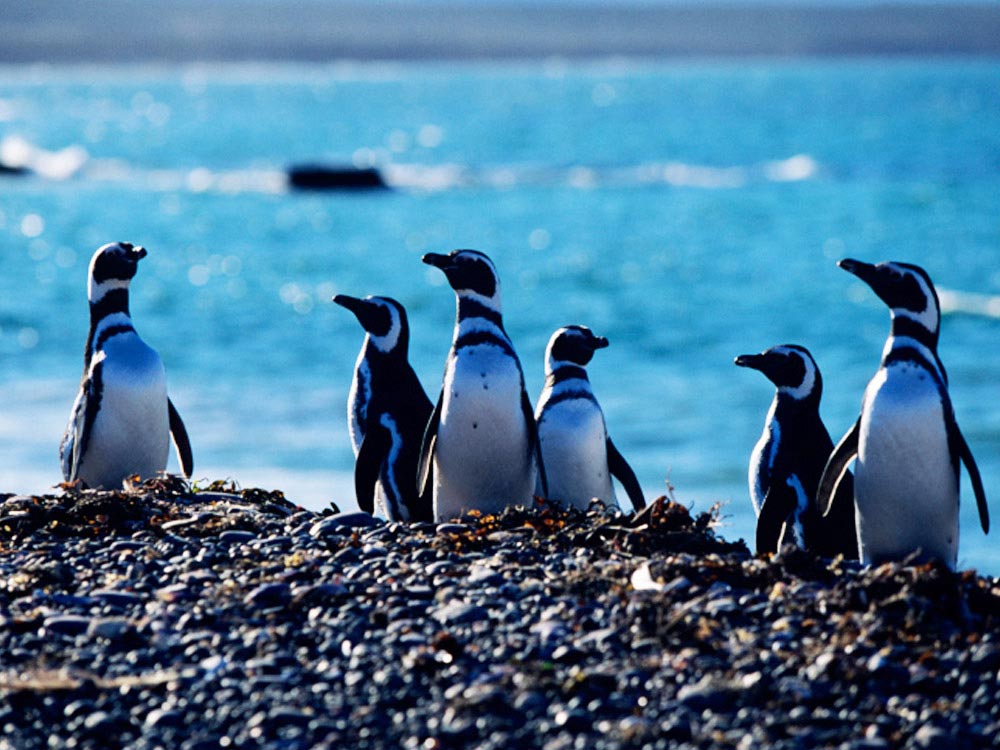 Penguins at Peninsula Valdes in Argentina

Peninsula Valdes in Argentina is one-of-a-kind wildlife sanctuary and is an ideal gateway to the nearby town of Puerto Madryn. The Peninsula Valdes is a unique natural reserve that has plenty of attractions to attract tourists from all over the world. Most of the place is barren, dotted with salt lakes.

The Peninsula Valdes is an oasis of serenity. It is literally an island located on the eastern edge of central Patagonia in Argentina. Ameghino Isthmus is a 35-km narrow lane joining the natural reserve with the continent. Peninsula Valdes gives us a unique landscape where arid lands contrast with the blue and crystalline sea. You can play around with dolphins, seals and penguins. Watch the spectacular acts of whales, elephant, seals and sea lions at this beautiful place.

Some of the species that you will come across are rhea, foxes, flocks of guanacos, mara, wolves, sea dogs and many other fascinating animals and birds. Puerto Piramides is the only city in Peninsula Valdes which is built along the Golfo Nuevo and is ideal to watch whales playing and diving in the water.

It offers an insight into the variety of marine species. You can also visit the various fauna reserves such as Istmo Carlos Ameghino, Isla de los Pajaros, Puerto Piramides, Punta Delgada, Punta Cantor and Punta Norte. The best possible way to explore Peninsula Valdes is through diving. The best time to visit is August or September.

There are about 450 people that live in Peninsula Valdes dedicated to tourism and the pastoral attention of 150,000 sheep, 800 cows and 400 horses.

Where is Peninsula Valdes ?

Peninsula Valdes is an island located off the eastern coast of Patagonia in Argentina, connected by a narrow isthmus to the mainland. The nearest airport is in Trelew.

The best time of the year to see whales here is from May until September. From September to April it is the best time to watch penguins. Sea Lion and elephant seal watching is done throughout the year. It is good to visit Valdes during the day time. It must be noted that the winters are extremely cold while heavy winds blow in spring.

The entry ticket for foreigners is ARG$100 while Argentine residents have to pay just ARG$30.