Valor and splendor have always been synonymous with Rajasthan. The stories of resistance, turbulence, and triumphs abound in the forts built and reinforced by the kings over centuries. Of all the lofty and expansive forts in Rajasthan, six of them find a rightful place in the list of UNESCO's World Heritage Sites. The water forts, hill forts, and the only 'living fort' on the edge of a desert ensure that diversity doesn't remain elusive.

Chittorgarh Fort is the biggest in India in terms of area. This 7th-century hill fort remains a lasting symbol of resistance against invaders from Afghanistan, the Delhi Sultanates, and the Mughal Empire.

As you trek along the serpentine road leading to the fort, you come across seven huge gateways that echo the stature of the Rajput Kings of those days. It's one of the few forts in the country that has a significant number of ponds, wells, and step-wells. And, in case you don't know, the reservoirs in the fort can store about 4 billion liters of water. 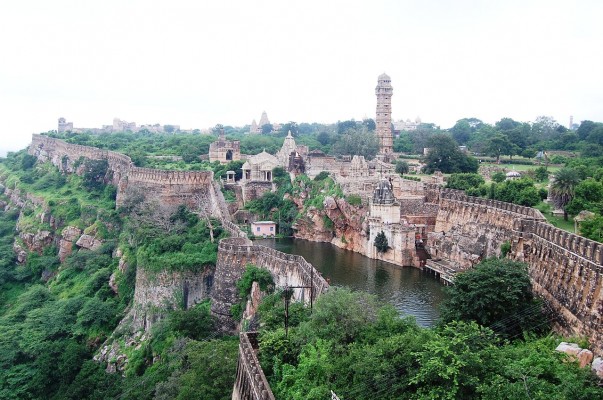 Chittorgarh Fort — the biggest fort in India by area

Perched on a hill 1100 meters above the sea level, Kumbhalgarh Fort is one of the finest fortified architectures in entire Rajasthan. Located about 80 km north of Udaipur, this mighty fort has an unbelievably long boundary wall that runs for 36 kilometers. There's no exaggeration in the fact that this 15th-century fort has over 360 temples inside its premises. Surrounded by a wildlife sanctuary, this place is an easy gateway to the world of panthers, sloth bear, four-horned antelope, and crocodiles. 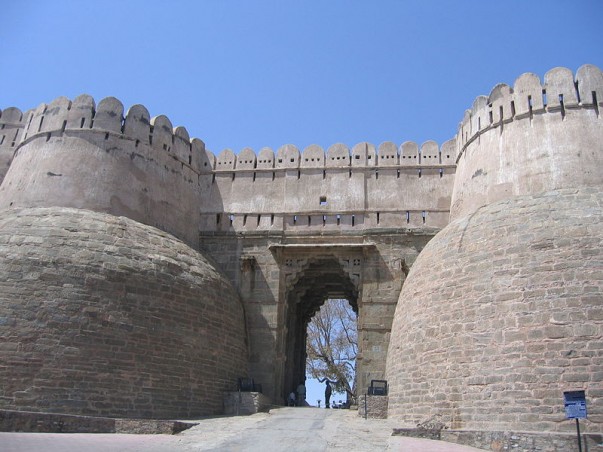 Kumbhalgarh Fort — one of the finest fortified architectures in entire Rajasthan

Considered as the only fort in India where people still reside, Jaisalmer Fort is a golden beauty. After almost 900 years since it was built, the fort still shelters a large population. It's a perfect fort city that dons the golden hue during the day. Situated in the city of Jaisalmer and on the edge of the Thar Desert, yellow sandstone walls of Jaisalmer Fort are a delight to look at. With 99 bastions and three-layer protective wall, it is still one of the most impregnable forts in Indian history. 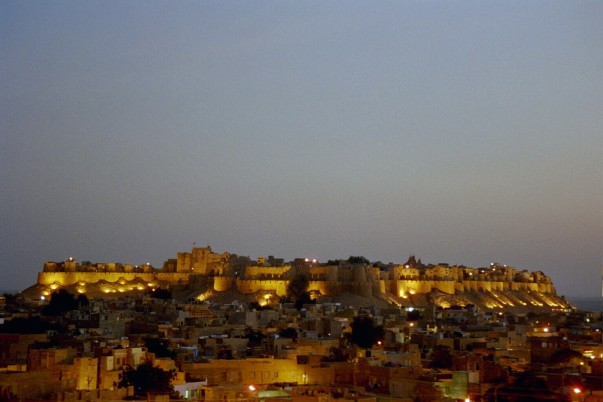 Jaisalmer Fort — The only fort in India where people still reside

If the seven-km-long wall of the fort doesn't awe you, the breathtaking views of the adjoining hills – Rann and Thambhore – from 700 feet above sea level will surely draw admiration. It is situated right in the middle of wilderness as the Ranthambore National Park surrounds it. Be it observing the perennial stream (Gupt Ganga) charting its course or spotting the resident birds (and at times leopards), this 10th-century fort near the town of Sawai Madhopur offers the dual pleasure of history and nature. 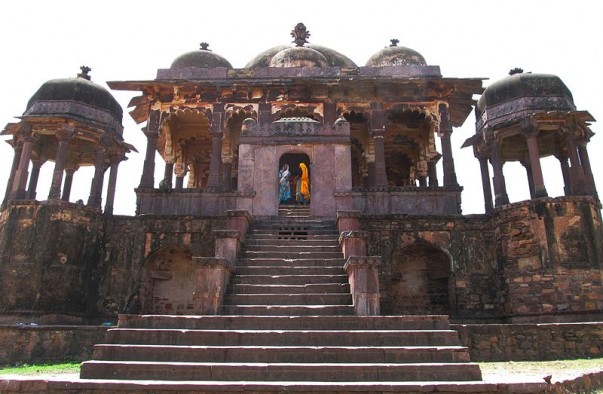 Ranthambore Fort — offers the dual pleasure of history and nature

Gagron Fort is a rare specimen of a water fort and a forest fort clubbed into one. If the dense forest around Ranthambore and the vast desert at Jaisalmer were the natural defense for the forts, water served the same purpose for this fort in Jhalawar district. Surrounded by water on three sides, this cultural heritage represents the richness of military architecture in medieval India. The mausoleum of the Sufi Saint Mitheshah outside the Gagron Fort hosts a colorful fair every year. The fort is also said to have a reference in Indian mythology. 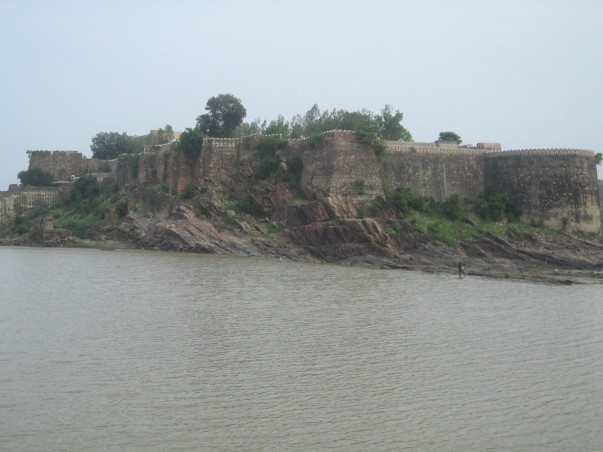 Gagron — a water fort and a forest fort clubbed together.

This 16th-century fort on the Aravalli Hills lies on the fringes of Jaipur city. The winning combination of white marble and red sandstone in the exterior and the paintings and artworks in the interior make it a worthy remnant of the royal days. A ride on a caparisoned elephant from the base to the summit is truly fulfilling. Watching the reflection of the fort on the placid Maota Lake is a rare experience. The Palace of Mirrors and the 'magic flower' frescoes are also quite a draw for the visitors. 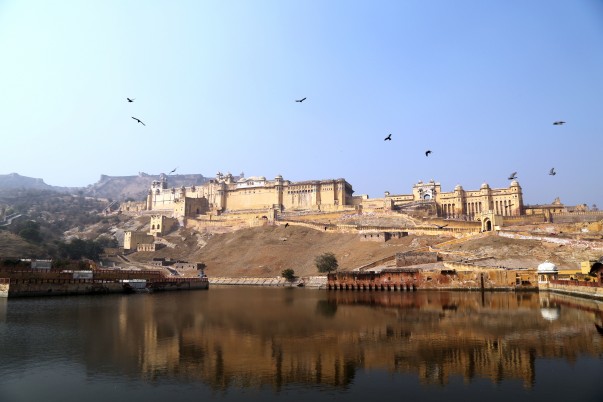 Amber Fort — a worthy remnant of the royal days

« Making the Most of 24 Hours in Delhi Barcelos, New Delhi — Restaurant Review »