1. Big Ben and the Palace of Westminster 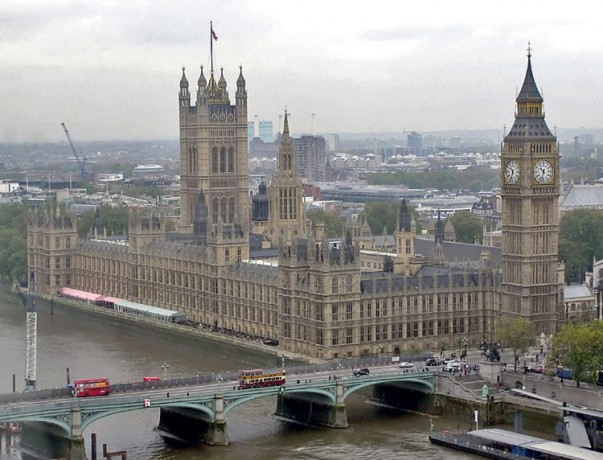 As London’s most popular and recognizable landmark, you will end up seeing the world famous clock tower and the English Parliament no matter what you plan to do in London. However, if you want to experience the real beauty of Big Ben, then visit the Westminster Bridge or the opposite bank of the Thames at dusk. As the sun sets upon the city of London, the clock face of the Big Ben is illuminated along with the Westminster Palace and this sight looks absolutely breathtaking when viewed from the Westminster Bridge. Visiting Big Ben at night, you would also get to know whether the Parliament is in session or not through the light that shines on top of the clock. 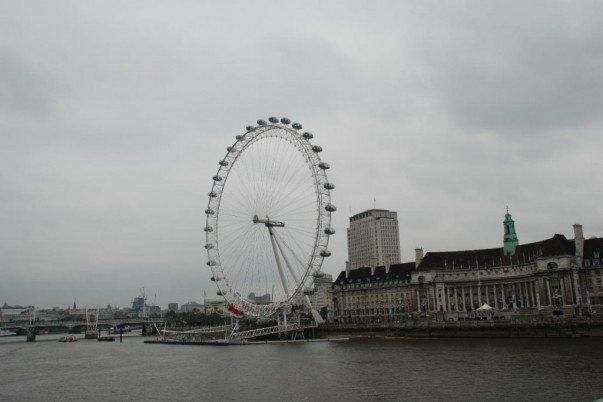 London Eye —one of the largest Ferris wheel in Europe

The London Eye is a massive Ferris wheel located strategically on the southern bank of the legendary Thames River. The wheel is the largest of its kind in Europe and a ride is a must for anyone visiting the city. It is an impressive 450 feet observation wheel in height and weighs a staggering 1600 tons! The joy of soaring high above the city of London in one of its passenger capsules and the excitement of catching the panoramic views of one of the world's greatest cities is one of the most unique experiences to have in the city. Little wonder that every year, whether it’s Christmas or the New Year time, London Eye becomes the epicenter of Britain's celebration.

Must Read : London Eye, Places to visit in England 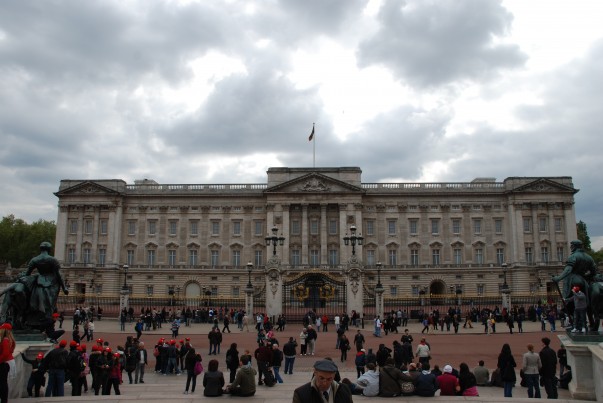 Buckingham Palace  — The administrative headquarters of the British Monarchy

The Buckingham Palace was built way back in 1702 and served as the residence of Queen Charlotte. Ever since its inception, the palace has undergone renovations a number of times but the original architectural grandeur has remained intact. Today, Buckingham Palace is the residential home of the Queen and The Duke of Edinburgh. Not only this, the Palace also serves as the administrative headquarters of the British monarchy. As far as art and paintings are concerned, the Buckingham Palace has one of the world's richest collections of artwork. These masterpieces are displayed in the State Rooms. Several great works of art from legends like Rubens, Rembrandt, Vermeer, Poussin and Claude can also be seen displayed in the Palace. 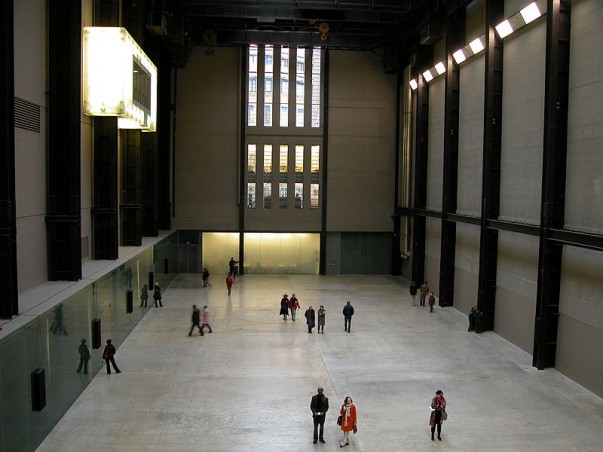 Tate Modern Gallery London is the UK's national gallery of contemporary art and is one amongst the chain of four Tate Galleries in the UK. The Tate collection consists of some of the finest collections of British art dating back from 1500 to today's modern era. The gallery was built in the year 2000 and the site is actually an abandoned power station, right in the heart of London. The collection is a treasure trove of contemporary art and includes stunning masterpieces of both Picasso and Matisse along with surreal collections of Dali, Ernst, Magritte and Miro. There is also a significant collection of American abstract art including Pollock and Rothko. Russian and Pop art are well represented at Tate Modern Gallery London as well. 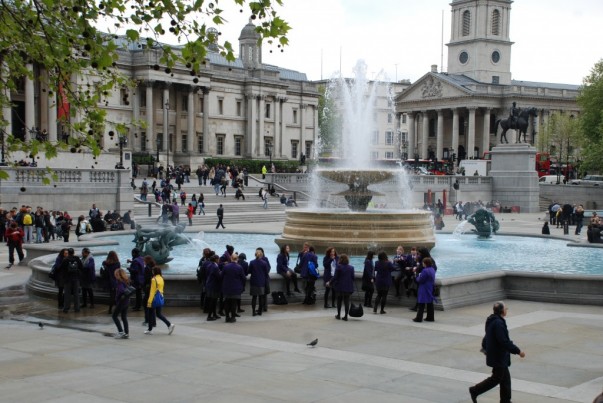 Trafalgar Square is London's largest square and has been a favorite congregation place for the Londoners since the middle ages. The site was initially known as Charing Cross back then and the Trafalgar Square Tube Station is still called Charing Cross instead of Trafalgar Square. This beautiful square is primarily a commemoration square in honor of the then British Navy who, under the astute leadership of Admiral Nelson secured a hard fought victory over the marauding Napoleon fleet in the infamous Battle of Trafalgar back in the year 1805. The Square used to be the location of the King's Mews until the renowned town planner and architect Charles Barry came out with a whole new scheme. Called the ‘Charing Cross Improvement Scheme’, it transformed this area into one of London's most picturesque squares where both resident Londoners as well as visitors from abroad could have a jolly good time. 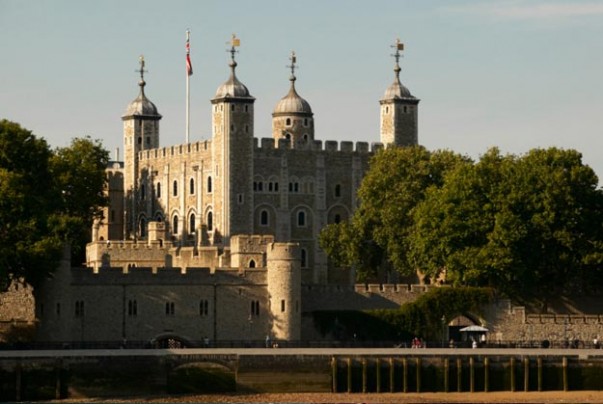 Tower of London — one of Britain's most ancient castles

The Tower of London is one of Britain's most ancient castles. Located on the northern bank of the Thames, this magnificent castle is nestled in a sprawling 13 acres of lush green landscaped surroundings. Back in the day, it used to be a royal retreat but now it has been converted into a museum. This intriguing castle, apart from being a royal residence, has also the dubious distinction of serving as a prison.Legend has it that many people were beheaded within the premises of the Tower.. The Tower has an intimate connection with some legendary people who were imprisoned within the castle, including the likes of Queen Elizabeth I, Sir Thomas More, Catherine Howard, Lady Jane Grey, Sir Walter Raleigh, to name just a few. The trademark Yeomen of the Guard are conspicuous with their Tudor garb and still provide sentry services to this historical castle. 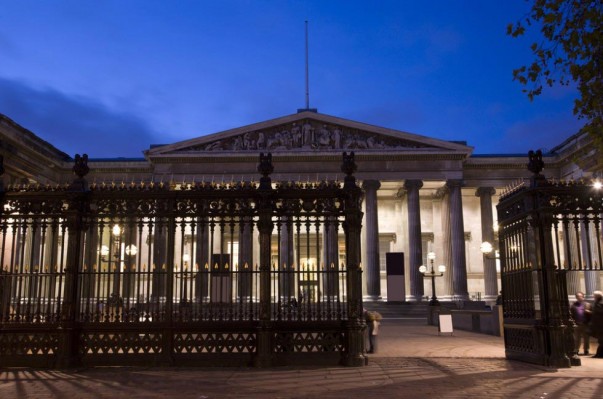 British Museum houses some of the finest collections of human history

The British Museum was established way back in 1753 and boasts of some of the finest collections of human history and culture. Whether it is the Sloane Astrolabe or the gilded bronze figure of Tara, the British Museum has all these and much more. You can also explore the myths and legends of the Trojan War and even tour some of the finest specimens of glass from the British Museum Collections. Tourists can also take a look at the evolution of the Olympic Games, held between 776 B.C. and AD 395 through a bewildering array of objects. There is also the Faith Tour in which objects relating to different faiths are on display.

8. The Victoria and Albert Museum 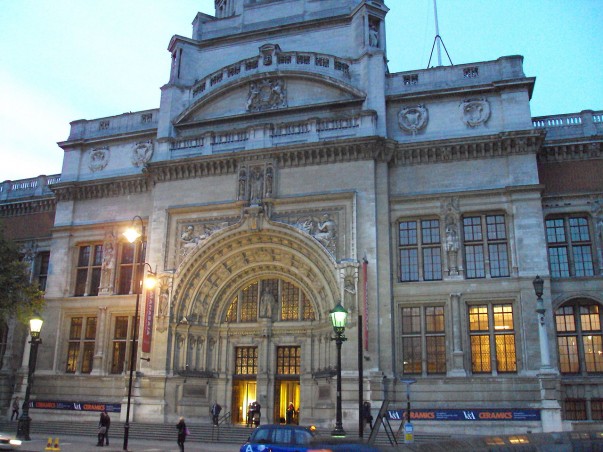 The Victoria and Albert Museum is Britain's national museum of applied arts and design. The museum has huge repository of artifacts, some of which are over 3000 years.Several of the artifacts come from some of the world's most cultured regions. From architecture to ceramics, and from metal works to photography, it's all here at the Victoria and Albert Museum. You will be mesmerized by ornate furniture from Europe and America that stretches all the way back to the medieval times. There is also an exclusive exhibit on glass that unravels the fascinating 4000-year-old evolution of Glass from the Middle East, Europe, and the Western world. As far as metal works are concerned, there is a bewildering array of silver, arms, armors, enamels, brass work, and medieval metal works.

Tower Bridge — the finest example of a bascule type bridge

The Tower Bridge located in the heart of London across the Thames and is one of the finest examples of a bascule type bridge. It's also the most distinct of London's many bridges. This magnificent bridgewas built in 1894 primarily for the fact that the other London bridges across river Thames were increasingly overburdened with burgeoning traffic. The Tower Bridge in London is an engineering marvel, given the fact that it's not at all an easy task to construct a bridge across a river whose banks are low. The construction of the bridge was a mammoth task and required 235 cubic feet of Cornish granite and Portland stone, 20,000 tons of cement, 70,000 cubic yards of concrete, 31,000,000 bricks and 14,000 tons of iron and steel! 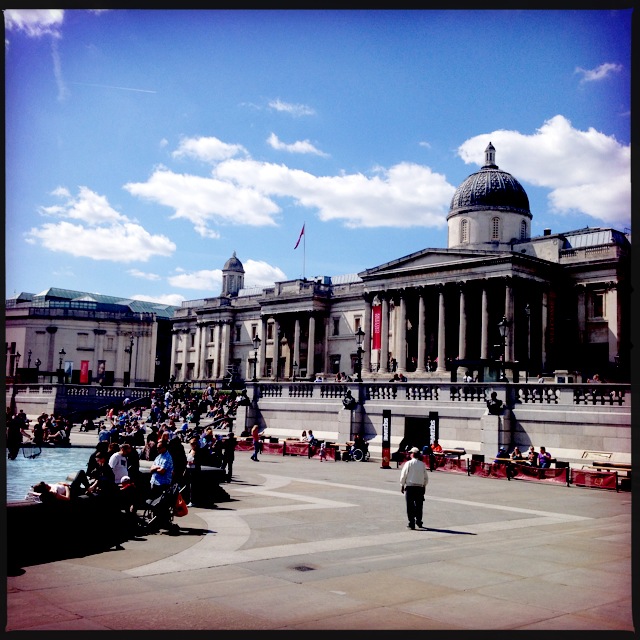 National Gallery has one of the finest collections of European Paintings

The National Gallery in London has one of the finest collections of European paintings, particularly Western European paintings from 1250 to the present day. A visit to the National Gallery is an education in Europe's rich history, legends, and myths as well as its culture. With a rich collection of 2000 plus paintings, which includes the works belonging to all the major schools of European Art, the National Gallery has a magnetic appeal as far as art and cultural wealth of Europe is concerned. You will come face to face with the works of luminaries such as Giovanni Bellini, Van Eyck, Leonardo Da Vinci, Michelangelo, Raphael, Holbein, Rembrandt, Van Dyck, Van Gogh, and Gainsborough, just to name just a few. The National Gallery was set up with the commitment to promote and uphold Europe's rich tradition of art and culture, making it accessible to one and all.