Home / Travel Tips / Top 6 Reasons Why You Must Visit Istanbul

Top 6 Reasons Why You Must Visit Istanbul

Istanbul, a wealthier cousin of Rome, is much more than the cliched 'cultural melting pot.' Walking down the streets of Istanbul is like watching the checkered history unfold before you. From the Byzantine churches with mosaics and frescoes to the magnificent mosque of the Ottomans, creations of the past accompany every traveler to Istanbul. This city is a treat for your five senses. The aroma of exotic spices in the Grand Bazaar, the breathtaking view of sunset from the Galata Tower, the call of a muezzin from the nearby mosque and the taste of succulent kebabs in a fancy eatery: Istanbul is a sum total of all hedonistic experiences.

The city has aged gracefully and that's reflected in its historic attractions. The 17th-century Blue Mosque may not be essentially blue (although it has İznik tile), but it is among the very few mosques in the world to have six minarets. Hagia Sophia, the church-turned-mosque is now one of the most impressive museums in the world. The Topkapi Palace, one of the largest and the oldest in the world, somewhat eclipses other royal residences in the world. It offers a splendid view of the Sea of Marmara and Golden Horn.

While Zeyrek Mosque is the second largest religious structure built by the Byzantines in Istanbul, the Fatih Mosque (Conqueror's Mosque) is one of the largest specimens of Turkish-Islamic architecture in the city. If the Yeni Valide Mosque in the Üsküdar district is known for its impeccable calligraphy, the 4th-century Obelisk of Theodosius remains one of the earliest chroniclers of Istanbul. The Byzantine art in Chora Church, the Romanesque Basilica Cistern, the imperial Suleymaniye Mosque and the grand Dolmabahce Palace are equally famous landmarks. 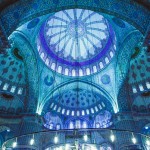 There’s a lot to see and appreciate — Blue Mosque 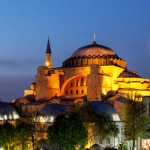 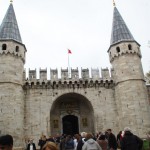 While the Museum of Turkish and Islamic Arts has a staggering collection of calligraphy, ceramics, and wood carvings, the Istanbul Archaeology Museum transports you back to ancient times and gives you a glimpse into the interesting journey of the city. For an extensive collection of modern art, walk into the Istanbul Modern and to feast your eyes on the paintings from the Ottoman era, come to the famous art gallery – Pera Museum. To witness Istanbul's contemporary glory and take a nostalgic ride in a tram, come to the Taksim Square. 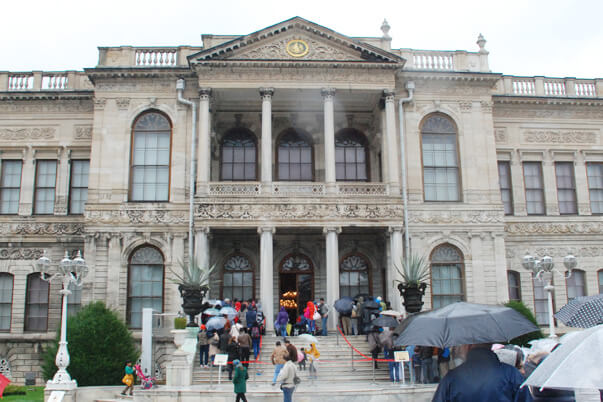 Istanbul Archaeology Museum transports you back to ancient times

While mezes and kebabs are the signature cuisines in Istanbul, the temptation of having fish sandwiches from any food joint (ones near Galata Bridge are best) is too hard to resist. And yes, there is hardly any foodie who hasn't gorged into duck dim sum and chicken satay at 360 Istanbul or tried Tavuk pilav on the go. From gulping down rakı (grape spirit) to trying a thick black Turkish coffee in a charming cafe, a traveler is spoilt for choice. If you want to come back to comfort food, almost every neighborhood in Istanbul serves lahmacun or the 'Turkish pizza.' And then you have the privilege of trying fish at the sit-down restaurants or simple grills and fish sandwiches at the Galata Bridge fish market. 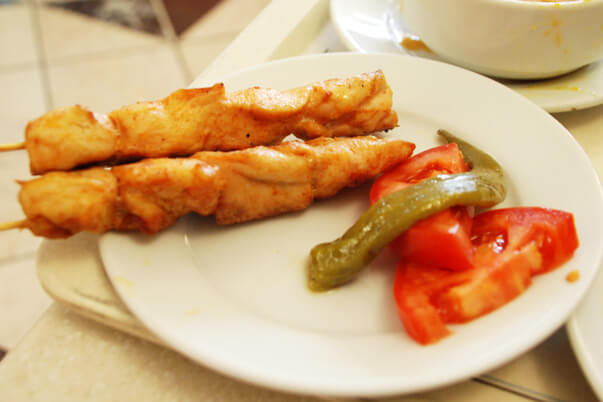 The food at Istanbul is full of flavors

The amazing view of the Bosphorus from a boat is not the only way to appreciate nature in Istanbul. While Gulhane Park and Yildiz Park are the green retreats in Istanbul, the Belgrad Forest is a paradise for hikers. The Princes' Islands (about 20 km from Istanbul) are exclusively for those who can't resist the temptation of going into the sea. Most travelers find Heybeliada Island to be magical. You will do yourself a great favor if you can make it to the Maiden Tower in the evening and witness the breathtaking view of the sun going down the horizon and the scarlet sky reflecting on the Golden Horn. Taking a cruise across Bosphorus is always recommended if you want to explore Old Istanbul, new business districts, and enjoy sweeping views of the Sea of Marmara. 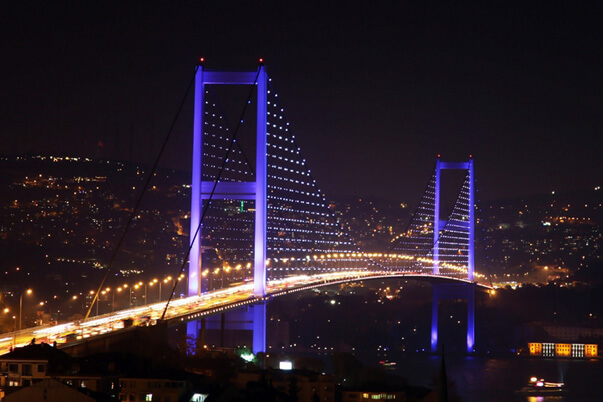 When it comes to offering a rejuvenating experience, Turkey hardly has any rivals. From the spectacular Cağaloğlu Hamamı to Çemberlitaş Hamamı and over five-centuries-old Ayasofya Hurrem Sultan Bath, the Turkish bathhouses in Istanbul have history and charm. Immerse yourself in this ancient bathing tradition in any of the ablution-centers-turned-bathhouses. You won’t forget the aroma, that oil massage, and that assiduous care for long. Allow yourself to be treated indulgently and at the end of this rejuvenating experience, enjoy a glass of sherbet or a cup of Turkish tea. And in case you don't know, both Suleymaniye and Galatasaray accept mixed groups of men and women. 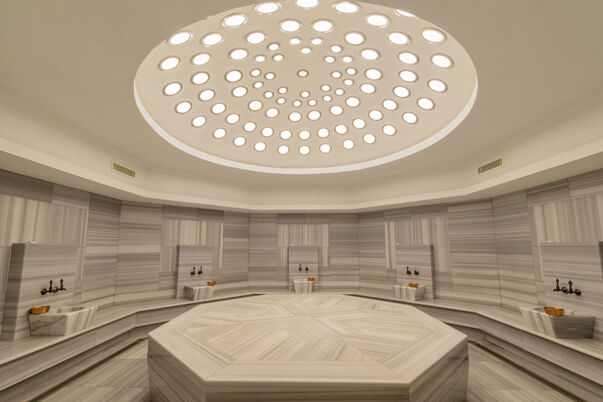 Turkish Bathhouses have history and charm

To begin with, the Grand Bazaar in Istanbul is one of the largest indoor marketplaces in the world. The popularity of this 15th-century market is not only attributed to exotic spices and nuts, but to a wide range of carpets, jewelry, leather items, and pottery. The place receives over a quarter-million visitors every day. What you would like the most is the freedom of bargaining.

Vivid colors and aroma draw thousands of tourists to the 17th-century Spice Bazaar. From caviar to dried herbs and died fruits to nuts, you can literally relish the souvenirs from here. Istiklal Street in the Beyoglu district, which is reminiscent of the 19th-century Istanbul, is home to trendy boutiques, bookstores, music stores, bakeries, cafes, and restaurants.

When you head to the Kadikoy Market, the first thing you notice is different varieties of olives and artichoke hearts. As you walk further, shops selling dried eggplant skins and stuffed peppers hold your attention. If these marketplaces fail to satisfy your craving, drive to the upscale Abdi İpekçi Street. This is where the rich and famous go for luxury shopping. 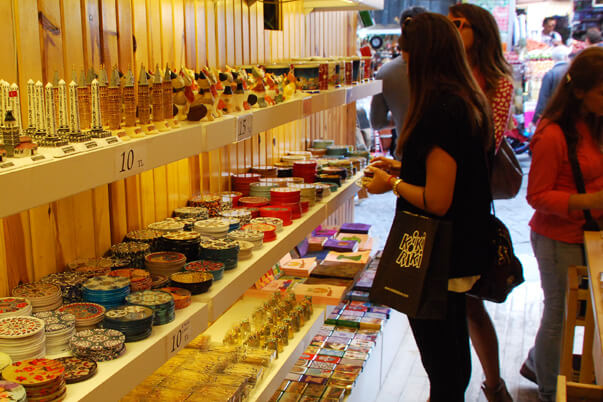 Enjoy a seamless shopping experience at the Grand Bazaar

Once you experience the city in totality, you get to know the real worth of Istanbul.