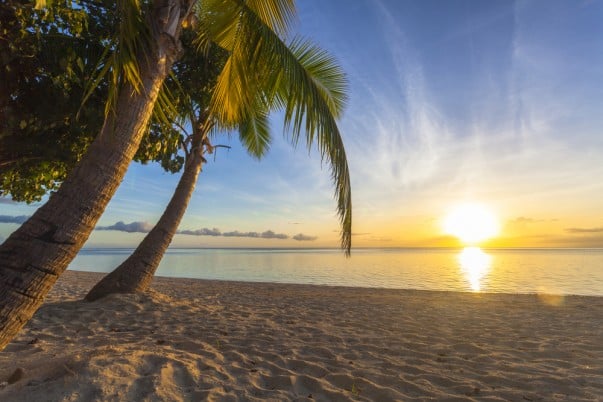 The emerald colored Fiji Island,
offering views of the clear blue sky's expansion,
against the turquoise blue ocean
of soothing and enchanting dimension,
as if gently tapping the white sand in meditation,
looks like a magical work of the Almighty from the Heavens!

A green jewel in the ocean – the Fiji Islands welcome visitors in their panoramic refuge. Fiji is popular for its expanse of white sand washed by the turquoise waters of the South Pacific Ocean. Fiji is also famous for the rich cultural heritage of its people and their handicrafts. There are numerous tourist attractions in the Fiji islands and few of the major Fiji attraction is mention here:

Things to do in Fiji 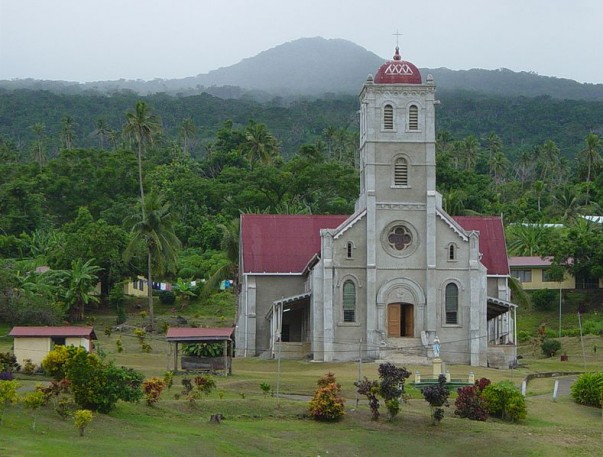 The Taveuni island is one of the Fiji attraction and major islands that form the island nation of Fiji. It ranks the third position regarding its area among the other two major islands of Fiji, viz. the Vanua Levu and the Viti Levu.

The wonderful lake named, Tagimaucia lake is located on this island and is visited by hundreds of travelers. Another exotic natural attraction is the Bouma Falls, which is the most famous falls in the whole of Fiji. But in Taveuni, the most attractive sites are perhaps the scuba diving and snorkeling spots near the coastal area. Other tourist spots in the Taveuni island include Warrior Burial Cave, Waitavala water slide, Vuna village, etc.

Located between the Fijian islands of Taveuni and Vanua Levu, the Rainbow Reef is the most popular site for scuba diving.

Turtle island is one of the 333 islands in Fiji. It is converted into a resort by Richard Evanson, who purchased it 1972. It became famous on account of the "Blue Lagoon" film. It offers scope for varied activities such as trekking, mountain biking, fly-fishing, kayaking, windsurfing, deep sea fishing, scuba diving, sailing, and sunset cruises. It is specially made for the couples. Visitors also enjoy Polynesian Lomi-Lomi massage at the island. 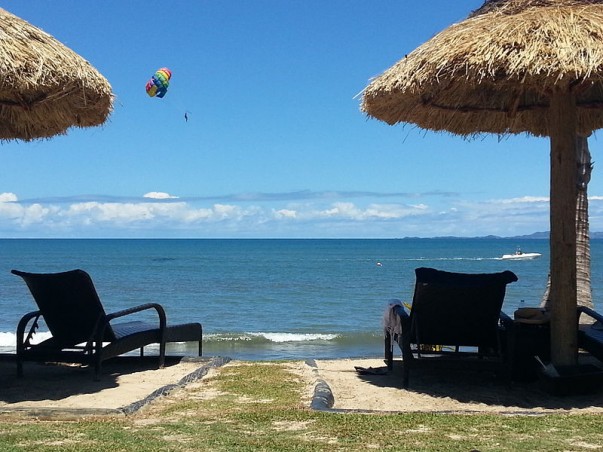 Denarau island is situated near the town Nadi and island Viti Levu in Fiji. It is known for its exotic beauty, splendid beaches, the surrounding small islands, restaurants, and amazing hotels. The beautiful Mamanuca and Yasawa islands can be easily accessed from here through the Denarau Marina. The nearby Veiseisei Village, the Castaway Island, Vuda Point Marina, the Garden of the Sleeping Giant, and the Sigatoka Sand Dunes are some of the attractions in the Denarau island. Golf can be played in the Denarau Golf and Racquet Club. In the resorts such as the Westin Resort and the Sheraton Denarau Villas visitors can indulge in sailing, archery, Scuba diving, snorkeling, para-sailing, fishing, Horse riding, kayaking, jet skiing, water skiing, and volleyball. Mount Tomanivi, also known as Mount Victoria, an extinct volcano, is another popular tourist destination.

Savusavu is a major attraction of Fiji, mainly due to its volcanic hot springs. The magnificent scenic harbor is no less satisfying. This is the ideal place to grow sugarcane. Starting from the high mountains to the coastal plains all are waiting to be explored. Copra production provoked European settlement here. A trip to Savusavu enables you to see the Dakua forest. Trees like yaka, yasi, and over 30 species of trees can be found here. This is the home to Fiji ground frog and Fiji tree frog. Rare birds like Orange Dove, Red Shining Parrot, Collard Lory, and Orange Breasted Myzomela are found here. 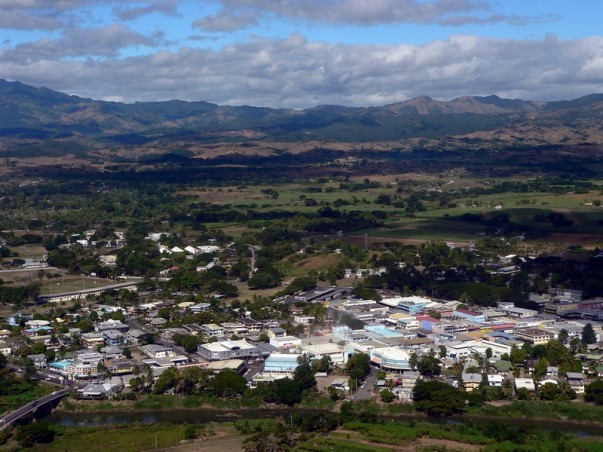 Nadi is an excellent tourist destination with all its charm and beauty. The view of the rising and setting sun from the deserted beaches is sure to take you away to some other world. The warm hospitality of the people of Nadi Fiji will incorporate in you the desire to come back to this place over and again. Take the Nadi Tivua Island Cruise from Nadi to Tivua Island for a wonderful experience. The spectacular coral reef, the turtle sanctuary during the nesting season enhances the beauty of this pristine island. You may also see the sugar plantation, village of Viseisei, and the charming city Lautoka featuring temples, mosques, marketplace, etc. You may enter into the scenic heartland of Nadi through the beautiful Sabeto valley. The largest collection of orchids can be found here in the Gardens of the Sleeping Giant. 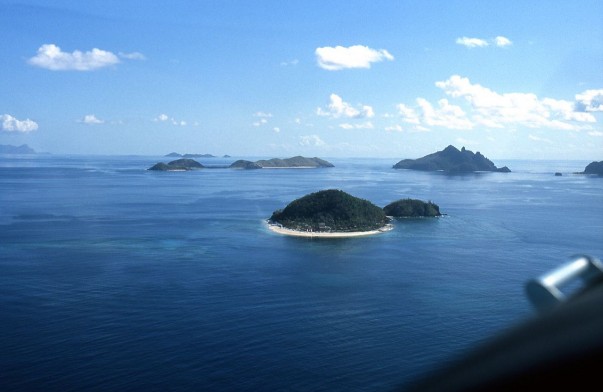 Mamanuca island is located in the southern part of another archipelago that is also a part of the main Fiji islands and is named Yasawa island. The Masmanuca island is in the west part of the third biggest town of Fiji, named Nadi. It is actually a group of almost twenty islands, of which some are totally submerged in the tidal water of the Pacific ocean. The geography and other natural resources of these groups of island are very much alike with the other Fijian islands. They are also situated on a volcanic range of the Pacific Ocean islands. These islands, according to the nature of the Pacific islands, are full of tropical greenery, are surrounded by the crystal clear and blue hued sea, and the white sand beaches. All these have made these islands an exotic getaway in Fiji. 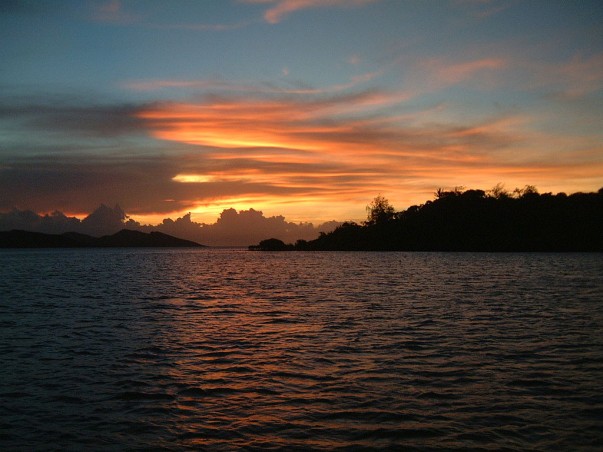 It is a Y-shaped island situated off the coast of the Viti Levu island. It is an adventure lover's delight as it offers a horde of activities including diving, wind surfing, fishing, snorkeling, and sailing. The island holds mythological importance as well. It is a place of departure for souls that leave this world for the afterlife.

Sprawling over an area of two-and-a-half square kilometers, the reserve area of Colo-i-Suva Forest is an angler's paradise. The verdant forests of the reserve offer some of the exotic hiking trails and swimming areas. 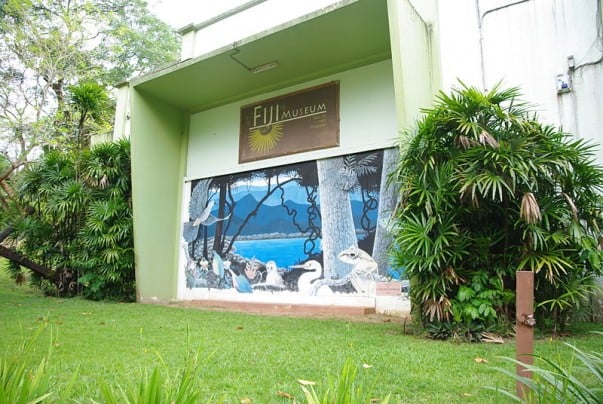 Fiji Museum is one of the main museums in this island nation which has an excellent collection on the various aspects of Fijian life. This museum is situated in Suva, the capital city of Fuji. This museum has taken a number of steps for familiarizing the culture and history of Fiji. The plan of constructing Fiji museum was contrived in the year 1908. As a result, the Fijian Society was established with the aim of preservation of the culture and history of this country. Initially, the artifacts that were donated by the local people were on display in the Town Hall. For a long time this Town Hall served as a kind of museum. In the year 1929, the Fiji Museum was officially established, and since then it has engaged itself in the service of preserving Fiji culture and history.