Home » 10 Most Dangerous Airports around the World

10 Most Dangerous Airports around the World

A trip is often marred or made by our first experience of the trip. Mostly, the flight we board at the start. Often, a comfortable flight sets the tone for a happy vacation, while a bumpy landing chafes us enough to spoil our mood for the rest of the trip. But you will agree there is an element of adventure in surviving a rough ride. Especially, when the seatbelt light goes on, the air-hostess while announcing that there is 'nothing' to worry about, keeps reiterating the safety instructions, and you feel your co-passengers go tense in their seats- there is an undeniable surge of excitement in all this. You feel you are part of a rescue operation.

Here is good news for the handful of people who would not mind a little bit of ‘in-flight’ danger every now and then. There are airports in this world that are too dangerous for regular travelers; in fact, many travelers have postponed their plans of going to these places indefinitely for want of a safer travel (or should we say, landing) option.

Here we have listed the 10 most dangerous airports in the world: 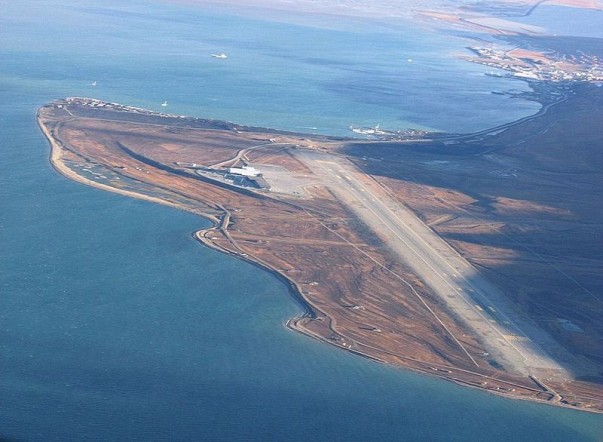 Welcome to Svalboard Airport, Norway- the northernmost airport in the world that services public flights. We cannot, for the life of us, think of any reason you would want to go there- unless of course, you have to go to any place that man can set foot on. Svalboard is all ice and snow. As you land on this runway that has been built using permafrost, you can see nothing but shifting ice on the water and piles of snow. The airport is dangerous not only because of the slippery nature of the runway, but also because due to climactic conditions the runway becomes uneven from time to time, making landing pretty challenging. 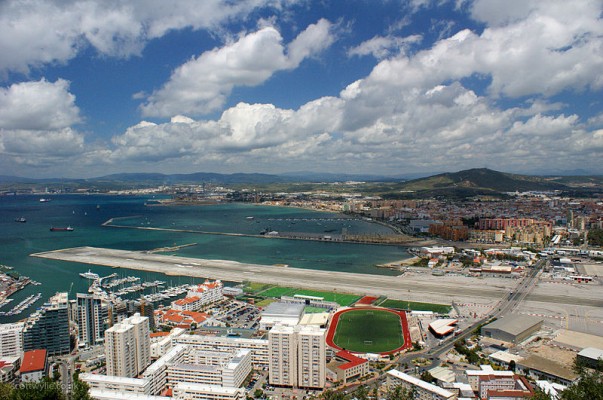 Here is a runway that you wouldn't recognize unless you actually see a plane landing or taking off. Reason, being the runway is so tiny that it actually uses part of a busy street.

Gibraltar is a British territory lodged between Morocco and Spain. The tiny airport was built during WW II, and continues to serve daily commercial flights as well as the Royal Air Force of UK. The airstrip cuts Gibraltar's busiest road, Winston Churchill Avenue at a perpendicular. Crossing gates hold back cars on the road, when a plane lands or takes off, much like a railroad. 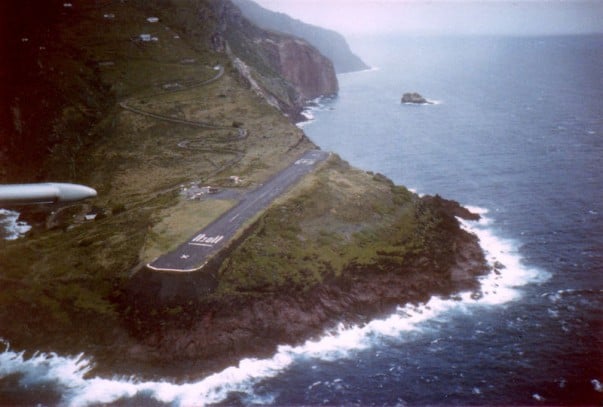 Juancho - the shortest commercial runway in the world.

At only 1300 feet, Juancho has the shortest commercial runway in the world. However, being the only airport in Saba it fulfills a critical role in the lives of the people living here. No wonder, only small planes like DHC-6, BN-2, and helicopters land here. One small error, and the plane may actually land in water instead of on land. The airport is a major challenge even for skilled pilots.

This should not deter you, however, from visiting this Caribbean island, the natural beauty of which is enough temptation to overcome the fear of a bad landing. 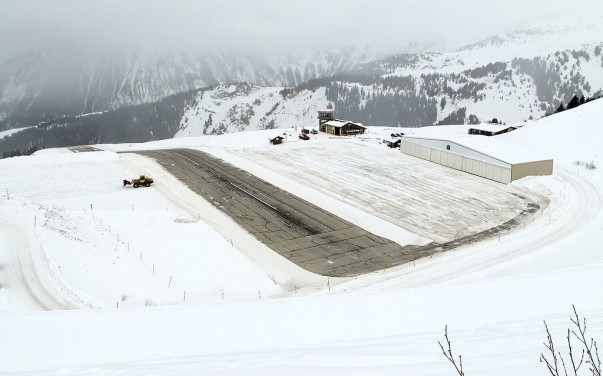 The acid test for pilots- the Courchevel Airport has a hill located bang in the middle of the 1700-foot runway. Courchevel is a famous ski resort, but getting to this place is no mean feat. The French Alps, though picturesque, can be a real challenge for any pilot who is trying to land his flight at the Courchevel International Airport. This is because any flight to Courchevel needs to pass over the French Alps. The trials do not end here. When a flight takes off from Courchevel, it takes off downhill, while the touchdown is uphill! 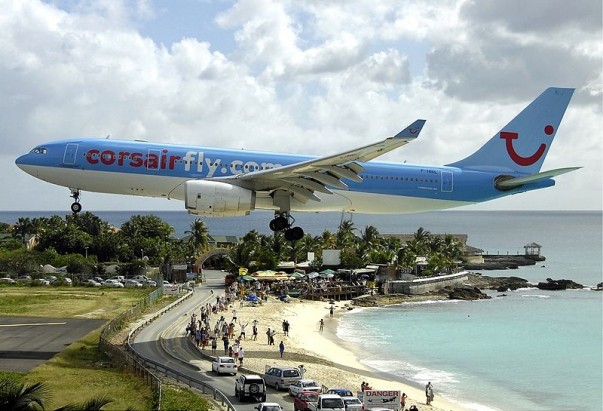 This airport is right next to a tourist beach. In this unique case, the onlookers and not the flight inmates, are at risk. The plane has to hover dangerously close to a busy beach and an even busier road just before landing. People on the beach are at risk of hearing loss when the plane flies down with tremendous noise. At most risk, are people and trucks on the road, who may be blown away by strong jet blast.

If reading about these 5 dangerous airstrips, has fired you up and you are all raring to make that leap of faith, then perhaps you can plan an excursion to the Himalayas. 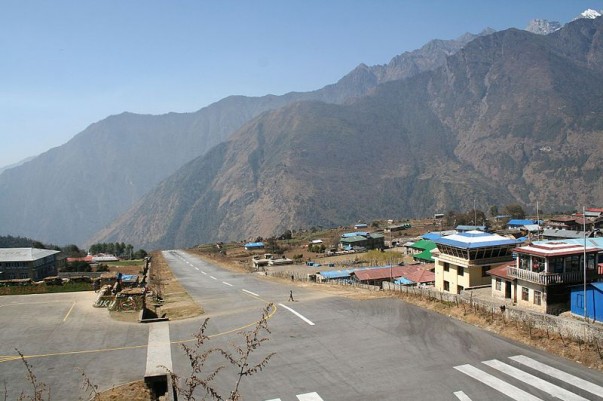 Lukla Airport - A recipe for Mishap

The airport at Lukla, Nepal has topped the list of most dangerous airports in a recent survey by History channel. Lukla serves as the base town from where trekkers to the Himalaya start off. Naturally, the airport in Lukla sees a lot of traffic. Given its perilous conditions, it sees a lot of fatalities, as well.

The airport is a recipe for mishap. At an altitude of 2900 meters, the Luka airport has a small 2000-foot runway that has a mountain at one end and a cliff at the other. You land uphill, and take off downhill. Only helicopters and Twin Otters can land here. It has been renamed the Tenzing Hillary Airport after the famous mountaineers Edmund Hillary and Tenzing Norgay. 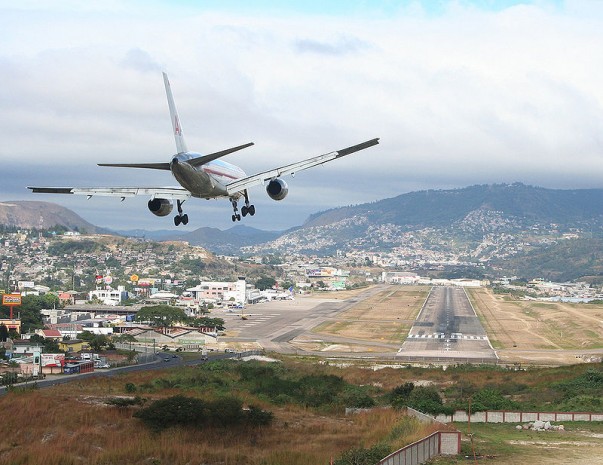 Unexpected turns and unusual maneuvers are quite common for the planes touching down at this airport. When pilots say that they have to “weave between the mountains,” you know that there's a fear of colliding against the surrounding mountains. The zigzag approach to landing, and that too, on an extremely short runway, can make anyone go weak. As if the difficult descent was not enough, the airport is susceptible to strong winds that add to the danger quotient. 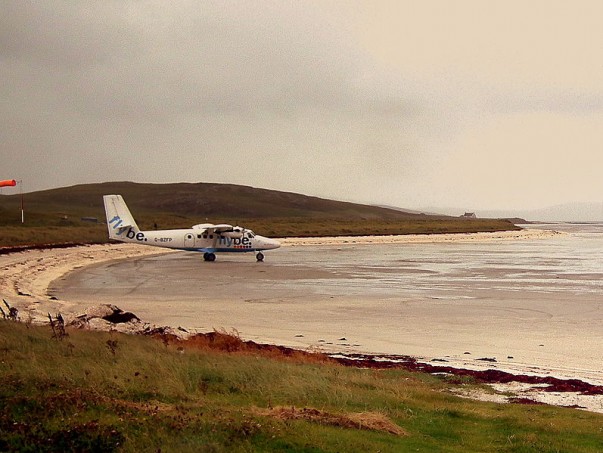 Well, it's the only airport in the world where planes land on the beach. So, what makes this small Scottish airport so dangerous? The fact that the airport is washed away by the tide at least once every day may not sound as ominous as the fact that the airport depends only on nature for light. During high tide late in the afternoon, the pilot has to depend on the cars with their lights on to get added visibility for landing. 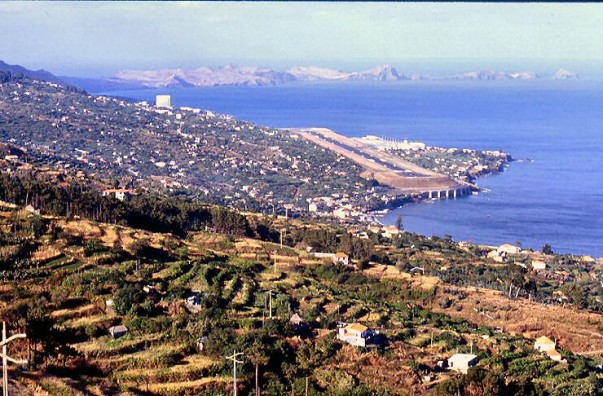 If not the world, this small airport in Portugal is certainly one of the most difficult ones to land in Europe. It's not just the short runway that worries the pilots, but the rocky hills on both sides. What makes things trickier for them are the strong winds and the surrounding ocean. There had been instances of turbulent landings with winds forcing the planes to land sideways. 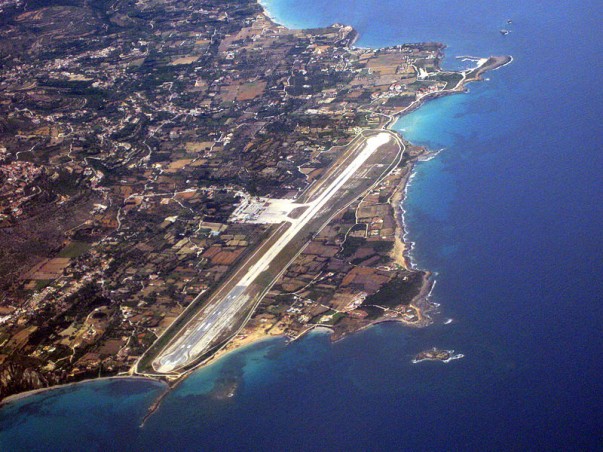 Skiathos Airport - a nightmare for a rookie

It's not without reason that this airport is referred to as the “Saint Maarten of Greece.” The 5,341-foot runway of this airport on Skiathos Island is not only short but narrow. Even seconds before the actual touchdown it looks as if the plane would land in the sea. The airport can be a nightmare for a rookie as the descent makes one feel that the runway is shorter. The reason is an optical illusion that prevents the pilots from seeing the southern end of the runway when they get close to the ground.

But airports are not always to blame. Some airplanes also play truant. Read here about the world's most dangerous airplanes.