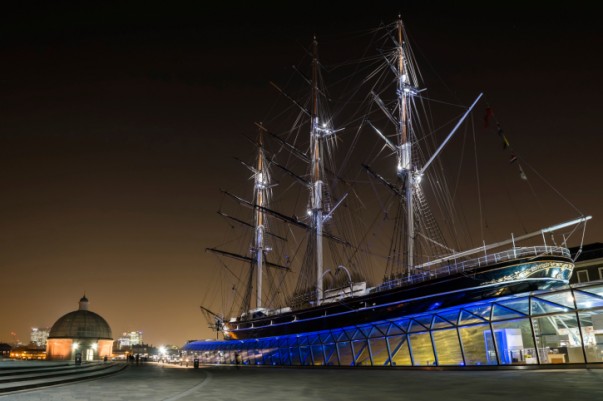 The London Borough of Greenwich was created way back in 1965 by amalgamating the boroughs of Woolwich and Greenwich. The Greenwich area is known for its wealth of historical edifices and most places of tourist interest in Greenwich have a royal connection.

One of the attractions of Greenwich London is the Old Royal Naval College, which is now occupied by the Trinity College of Music and The University of Greenwich. The Queen's House, which is an integral part of the old Royal Palace, is situated between two domes and one portion of the palace houses the National Maritime Museum.

A visit to Greenwich London is incomplete without a glimpse of Greenwich Royal Observatory which is renowned for being the location of the prime meridian or 0 degree longitude.

The entire Greenwich area is replete with historical monuments and time permitting, one can also visit the majestic Vanburgh Castle, St. Alfeges Church, the Trafalgar Tavern and the Greenwich Foot Tunnel, all of which are architecturally superb. Given the fact that Greenwich has a rich historical past, in the year 1997, the World Heritage Committee of UNESCO declared Greenwich as one of UK's world Heritage Site.

Britain has traditionally been a sea faring nation and a visit to the National maritime Museum is a great way of learning about Britain's maritime past. There is also the Royal Artillery Museum, which showcases one of Europe's rarest array of contemporary artillery exhibits. From huge guns to stolen medals you can find a treasure trove of everything related to the battle fields of Europe.

Apart from historical jaunts, shopping in Greenwich can be a wonderful experience. Some of Greenwich's markets are truly colorful and they have existed for centuries together. Many shops in Greenwich sell antiques, art and craft, bizarre bric-a-bracs that you would never ever find in the shopping malls. A visit to the undercover market that was granted a Royal Charter in the year 1849 could be one of the most exhilarating shopping experiences you ever undertook.

At the Greenwich London dry dock, the world's only surviving tea clipper - "Cutty Sark" can be seen. Cutty Sark's enormous sail made her the fastest sailing ship and she was used extensively for the extremely profitable tea trade with China. She was also used for the wool trade with Australia between 1885-1895. For a brief while she was sold to the Portuguese and was used for 30 long years. In the year 1938, Cutty Sark was presented to the Thames Nautical Training College where she was used as training vessel. After a massive dose of renovation she was placed at the Greenwich dry dock and since then, fourteen million visitors from all over the world have come to visit her at Greenwich London.