Home / Travel Tips / Free Things to do in Los Angeles

Free Things to do in Los Angeles

For most people, Los Angeles is the home of Hollywood and the celebrity excesses that come with it, but there is so much more that the city has to offer. The ‘City of Angels’ has lots of things to see and do, and the best part is that you don’t need to have deep pockets of a movie star to enjoy your visit to Los Angeles. Here are Free Things to do in LA that you can check out which won’t cost you a single penny.

Come and walk on the world's most famous sidewalk ­– The Hollywood Walk of Fame. Located along several blocks of Hollywood Boulevard and Vine Street, it commemorates those people who have made significant achievements in the entertainment industry. As of now, there are more than 2,500 stars and that number keeps on increasing every year. It is very popular with tourists and more than 10 million people visit the Walk of Fame annually to hunt for their favorite celebrity’s star and take a picture with it. Since there are so many stars, you should visit the official website of the Hollywood Walk of Fame beforehand and use their ‘Star Search’ feature to locate your favorite celebrities’ stars. You may also visit the forecourt of the TCL Chinese Theatre, where the hand and foot prints of hundreds of celebrities are imprinted on the cement and you can compare your hands with those of your favorite celebrities. 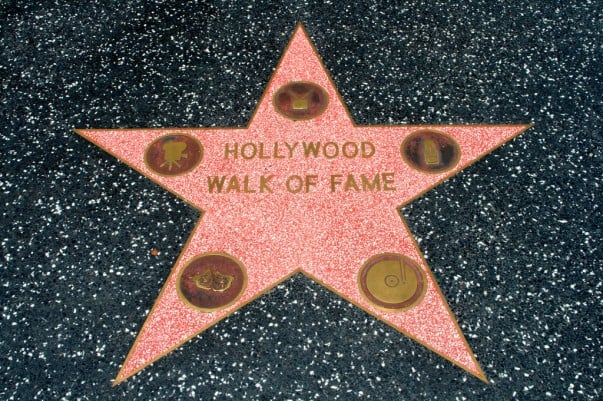 Locate you favorite celebrity stars at the Hollywood Walk of Fame

A visit to the California Science Center is a must for any of you who are traveling with children. The entrance to this place is absolutely free. It is a dynamic destination where families, adults, and children can explore the wonders of science through interactive exhibits, such as the Ecosystems exhibition, which shows different ecosystems and how everything is connected to each other; the World of Life that showcases basic bodily functions connecting all life; and the Air and Space exhibit that showcases different aircrafts, spacecrafts, telescopes, and more.  You can investigate the ecosystems gallery's eight zones – Extreme Zone, Forest Zone, River Zone, Island Zone, Rot Zone, Global Zone, and L.A. Zone – each of which explores a different ecological principle. The center also shows many awe-inspiring films and conducts innovative programs. However, the highlight of the center is the Space Shuttle Endeavor, which drew 2.7 million visitors in 2012. There is also an IMAX theater, but to watch a movie there, you will have to pay a separate fee.

Reach for the stars at NASA’s Jet Propulsion Laboratory

NASA’s Jet Propulsion Laboratory was and still is crucial for the successful launches of satellites and other spacecrafts to other planets in the Solar System and beyond. The laboratory offer free tours of their facility that are held once a week either on a Monday or a Wednesday, but you will have to submit a tour request three weeks in advance. The tour lasts for about two to two and a half hours and includes a multimedia presentation called ‘Journey to the Planets and Beyond’, which gives a description about the achievements and activities of the Jet Propulsion Laboratory followed by a visit to the von Karman Visitor Center, the Space Flight Operations, and a Spacecraft Assembly facilities of the laboratory. 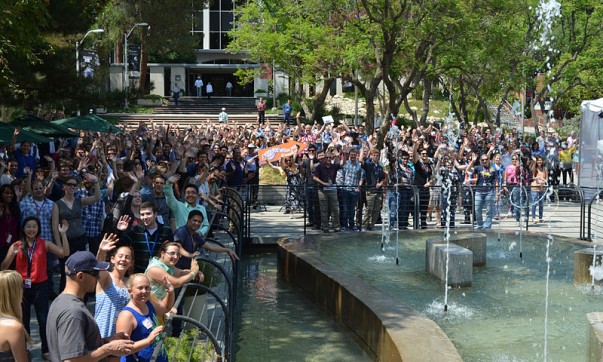 Take a free tour of the Jet Propulsion Laboratory

Get in the groove at the Hollywood Bowl 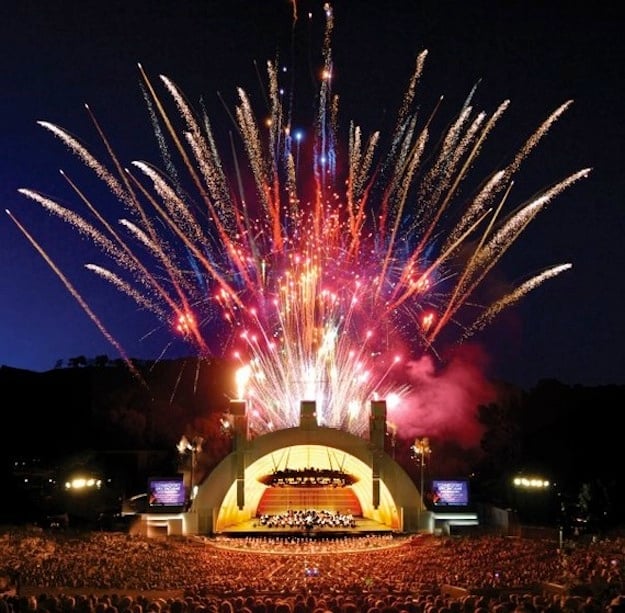 Do some urban exploration at Griffith Park

Griffith Park is home to the Los Angeles Zoo and while this zoo may charge an admission fee, the old L.A. Zoo that shut down in 1966 is open to the public but just don’t expect to see any animals there. Actually, the old enclosures that made up the zoo were abandoned and now are free to be explored by anyone. Some enclosures have picnic tables put inside them, so you can also enjoy a snack while you are there. If you have an interest in trains, then head over to the Travel Town Museum to check out full-scale models of engines, cars, and other rolling stock. There is also a miniature railroad that offers rides, but you will have to buy tickets for that. As the sun sets, head over to the Griffith Observatory to enjoy one of the best views of the city. 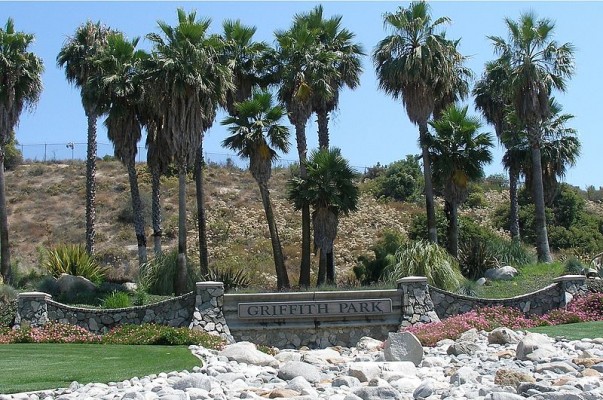 Get close with Nature at the Griffith Park

The Metro Rail System in Los Angeles offers docent-led tours of the art installations in its stations. The tour is a great way to check out the art by local up-and-coming artists. The tours are directed by people who are trained volunteers of the Metro Art Docent Council. They will ensure that you gain considerable insight about the artworks, the artists, as well as the creative journey of these masterpieces. 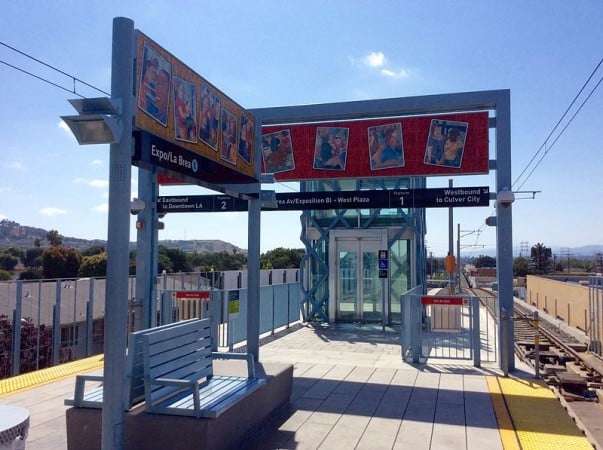 Appreciate art at the stations of LA Metro

Take a walk along the Great Wall of Los Angeles

The Great Wall of Los Angeles is a 2,754-foot long mural that was designed by Judy Baca and over 400 youths. The aim of the mural is to depict life through the eyes of women and minorities in the area. The mural is made up of panels that showcase the history of California and most of them deal with the events of the 20th century, such as the Great Depression, gay rights activism, and the birth of rock and roll.

Chill out at the Rose Garden

The hustle and bustle of Los Angeles can be a bit stressful. This is why you should definitely check out the Rose Garden in the Exposition Park as it is a great place to relax and unwind. This seven-acre park is located right next to the University of Southern California and has 15,000 rose bushes with more than 200 varieties. The garden is open from nine in the morning till sunset and has paths, fountains, and of course roses. However, keep in mind that the garden is closed from January through mid-March for maintenance. 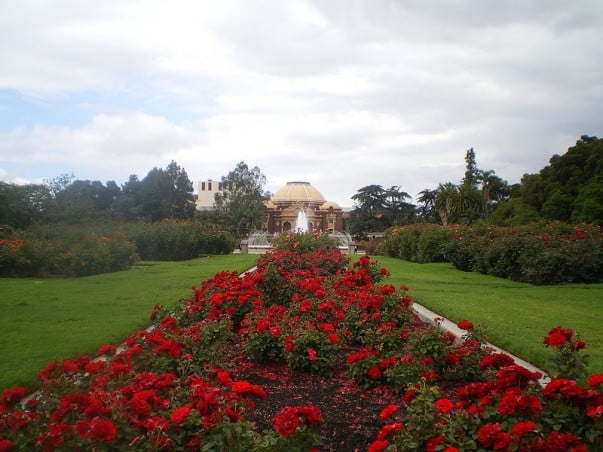 Relax and unwind yourself at the Rose Garden in LA