Best Places to Visit in February

Some people look for cheap destinations, while others base their choice on seasonal preferences. There is another set of people who are unique in their own way. They may go anywhere in pursuit of pure fun and entertainment. For such people every day is a celebration, every week brings fun. Would you like to extend your Christmas and New Year celebrations throughout the year? As January has already gone by, so let us begin with February. I have selected the best destinations for holidays in February 2015, especially for the last set of people:

China, the most populated country in the world is located in East Asia. The country is famous for housing some of the prominent landmarks such as K2, the Great Wall of China, Forbidden City, Tiananmen Square, Shanghai Tower, and Temple of Heaven. Plan your tour to China at the end of January or in February. It is the time for two major events:

This year the Chinese New Year will be celebrated on February 19. Chinese people celebrate a Lunar New Year as they follow a lunisolar calendar. 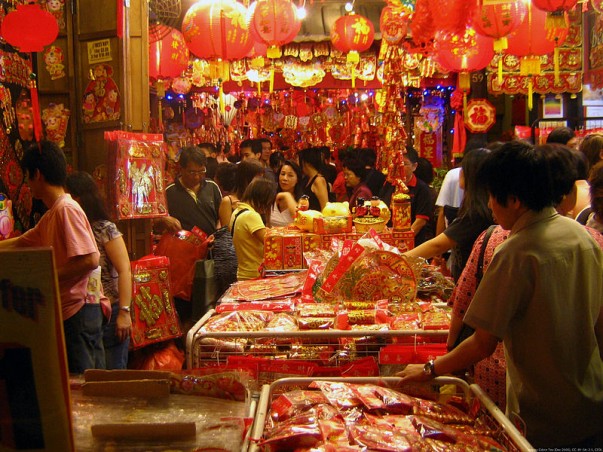 There is an interesting legend about the celebration of the New Year. A mythical monster called 'Nian' used to come on the first day to eat animals, crops, and even people. People started keeping food in front of their doors to protect themselves from the monster. One day, a small girl wearing red-colored clothes scared the monster away. Thus, every New Year people started hanging red lanterns and decorating their houses with red spring scrolls. They even burst crackers to keep him away. 'Nian' never came back after that. Chinese New Year is a 15-day affair. It is celebrated almost like the Western New Year. Fireworks are sent up on the 1st day to welcome the deities and gods. The 5th day is another important day. It is believed that the God of wealth and prosperity descends to the earth on this day. The 15th day of the New Year called 'The Festival of Lanterns' marks the winding up of the Chinese New Year celebrations.

Are you brave enough to sustain in temperatures of negative17 degrees Fahrenheit? Then, China's Harbin International Ice and Snow Sculpture Festival would be something of your interest. Visit China to participate in the 31st Harbin Ice and Snow Festival. The festival officially begins on January 5th every year and goes on for a month. Ice blocks from the Songhua River are cut to make architectural masterpieces and figures of animals, people, and some mythical creatures. These massive structures are illuminated using LED lights. The organizer of the festival has reported that around 7,000 people worked industriously over day and night to make this winter wonderland using 180,000 square meters of ice and 150,000 square meters of snow. The major highlight of the 2015 ice festival are the ice and snow sculptures on the Songhua river. 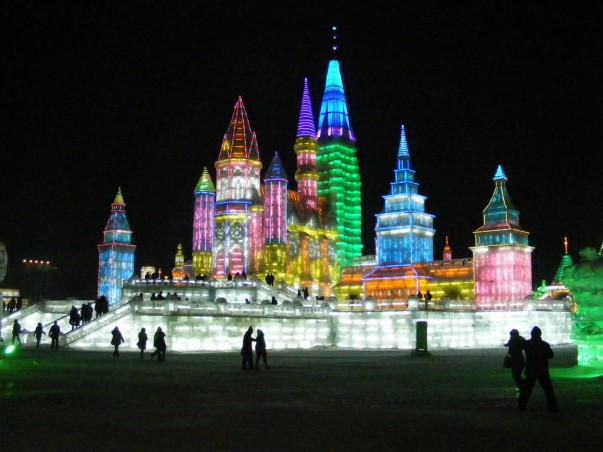 Brazil is the 5th largest country in the world, both by population and by geographical size. Brazilian coffee is famous worldwide. There are a lot of tourist attractions in Brazil, but the popular ones include the Cristo Redentor Statue, Iguazu Falls, Copacabana beach, Ipanema beach, Leblon beach, and Sugarloaf mountain. Visiting Brazil in February would mean enjoyment in sun, sand, and sea. Brazil experiences summer during the month of February. This is the time for the biggest carnival – the Rio carnival.

The 2015 Carnival in Rio de Janeiro begins on February 13 and ends on February 18. This 6-day festival marks the beginning of Lent. The Samba Parade is the main event of the Rio carnival. People from all age groups participate in the grand parade wearing colorful costumes. 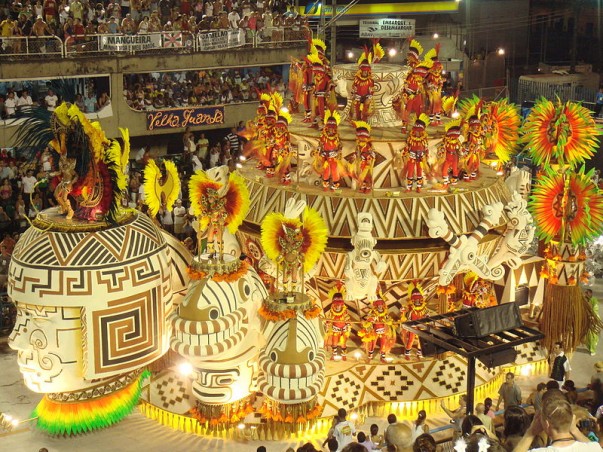 Tracing back the history of the Rio carnival, we can see that it was the Portuguese who first brought the idea of 'carnival' to Rio around the 1850s. The city’s middle class imitated the Parisian practice of conducting masquerade and ball parties. But, the traditions of Brazil have not retained their original element, and have evolved to be different from the rest of the world.

Italy, located in Southern Europe, is home to some of the historical cities that house some of the world's marvelous architectural masterpieces. The Colosseum, Leaning Tower of Pisa, Lake Garda, Lake Como, Trevi Fountain, Florence Cathedral, Pantheon, and Roman Forum are some of them. The list goes on. Italy is also famous for its Venice Carnival. The Venetian carnival will be held from January 31 to February 17 in 2015. Plan your tour to Italy in February to experience the flavor of this exciting carnival. 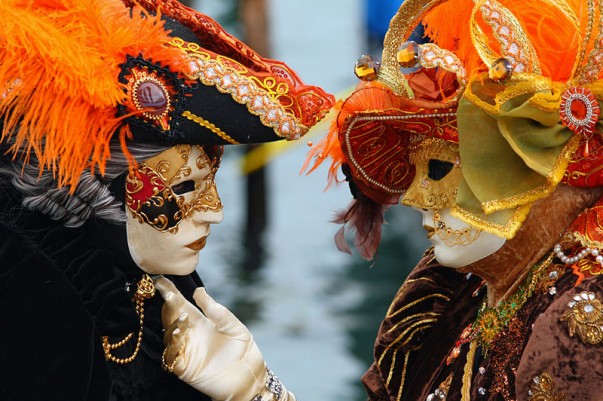 Masked Lovers at the Venice Carnival

Immerse yourself in the world of fantasy at the Venice Carnival. Elaborate costumes and distinctive masks are the key components of the Venice Carnival. The theme for this year's carnival is ‘enogastronomy’- a Venetian concept that translates roughly to food and wine. It will be a heartening and filling experience as the carnival will take its audience along the thread connecting food, wine and conviviality. The Great Theatre at Saint Mark's Square will showcase food centerpieces and garlands of vegetables. Theatrical productions will recreate the journey of food in Venice.

Taiwan, the Republic of China, is the 19th largest economy in the world. It holds an important position in the global economy owing to its hi-tech industry. Taiwan is home to several attractive places, including Taipei 101, National Palace Museum, Kenting National Park, Taroko National Park, Shifen Waterfall, and Mengjia Longshan Temple. The festival will begin on February 22, and continue till March 5. Bring your valentine to Taiwan and give her a beautiful surprise! 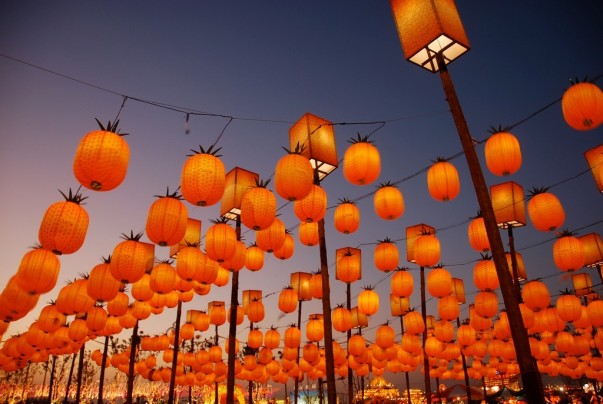 Conducted by the Tourism Bureau of the Ministry of Transportation and Communications, the Pingxi Sky Lantern Festival held annually in Pingxi District is an interesting exhibition of fine art. Around 100,000 to 200,000 lanterns are launched to celebrate the Festival of Lanterns. Some of the lanterns are big enough with a length of around ten meters. The designs of the lanterns are often representations of the zodiac signs of Chinese astrology. This year's theme for the festival is a huge sheep marking the upcoming 'Year of the Sheep'. Stay tuned for the best destinations for holidays throughout the year.