Trick or Treat! Trick or Treat! This coming Halloween cries of little children will rent the air. Do you have your candy ready for the little ghosts? Or would you rather prefer to go out for a night of partying at the neighborhood club dressed up as a vampire. Here we have listed the top five countries in the world that celebrate Halloween in full style. Read on to know about a list of their unique Halloween customs, and where you should celebrate your Halloween if you are in the mood to catch a real spook. So here is the list of famous Halloween celebration around the world:

Trust America, the capital of laissez faire, to turn every conceivable public event into a billion dollar industry. The Halloween comes next only to Christmas in terms of consumer spending- it is that huge! Besides the regular Halloween customs of carving Jack-o-Lanterns and children going trick or treating, America has actually created a whole industry around Halloween. Besides the retailers selling candies, costumes and Halloween decorations, another industry to have taken to Halloween in a big way is the American film industry. Producing scary Halloween movies and releasing them this time of the year is a staple of Hollywood. But who is complaining.

If you are tired of running to the door handing out candies to little kids or just abhor going to a Halloween party dressed up as Catwoman or worse still, an Angry Bird- you are welcome to rent every possible horror movie from Blockbuster and enjoy your gorefest. Better still, rent a room at the haunted Stanley Hotel near Rocky Mountain National Park, where Stephen King was inspired to write his novel 'The Shining'.

However, if you are one of the 'witches', who has to prowl on Halloween night, and are looking for similar haunted souls hit up the Manchac Swamp near New Orleans notorious as 'The Haunted Swamp'. 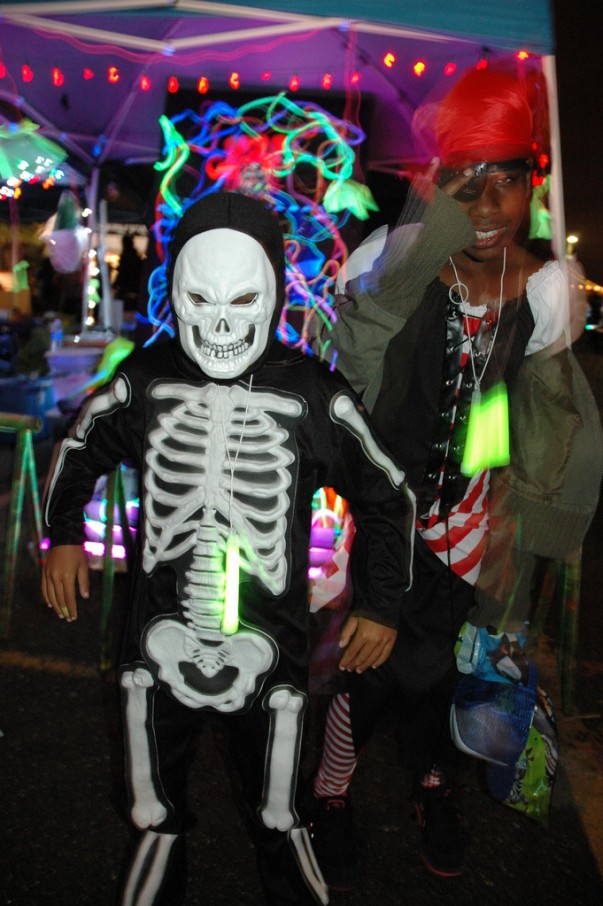 Kids dressed up in Ghostly costumes

In Ireland, Halloween is celebrated as Samhain- meaning where summer fun ends. It marked the end of summer and the onset of winter. Actually, you have to thank the Irish for Halloween since it is from. Samhain actually marks the beginning of the Celtic New Year which starts on 1 November every year. But since the Celtics believed that day progressed from darkness to light, the celebrations would begin on 31 October, much like our new year celebrations.

One of these traditions is blessing the house. A cross (Called Parshell) is made of thin wooden staves and bound with straw. It is then hung inside the house above the entrance door. Another tradition is placing of an ivy leaf into a cup of water before going to bed at night. If your ivy leaf is still fresh in the morning you can be assured of good health till the following Halloween. And then there is the food. The Barnbrack cake is a staple of Halloween festivities in Ireland. A piece of rag, a coin and a ring is hidden inside the cake. It remains to be seen which eater gets what. If you get the ring, you may tie the knot soon; if you get the coin, then you may get riches and God forbid you get the rag- well, you may be writing your riches to rags story this year.

Visit the Malahide Castle in county Dublin. You may just catch a glimpse of one of the five ghosts that haunt the mansion. 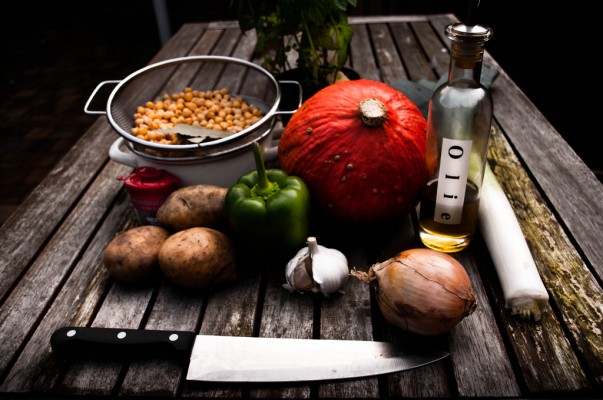 If there is one country that could give a competition to the USA in terms of consumer spending on Halloween, it is Canada. Canadians are a nation of people who are in love with confections. So the selling of candies peaks during Halloween season in Canada.

And however much Canadians might like to disagree, the fact is in terms of Halloween celebrations Canada is kowtowing USA. So you will find hundreds of stores- both online and offline dedicated to Halloween - its costumes, party themes, confections, decorations, rental villas and so on.

If you are really in the mood for some blood curling experience this Halloween, visit the Bytown Museum in Ottawa- it is famous for being haunted by six ghosts. What more! Visitors to the museum have heard cries of children coming from the doll's exhibit. 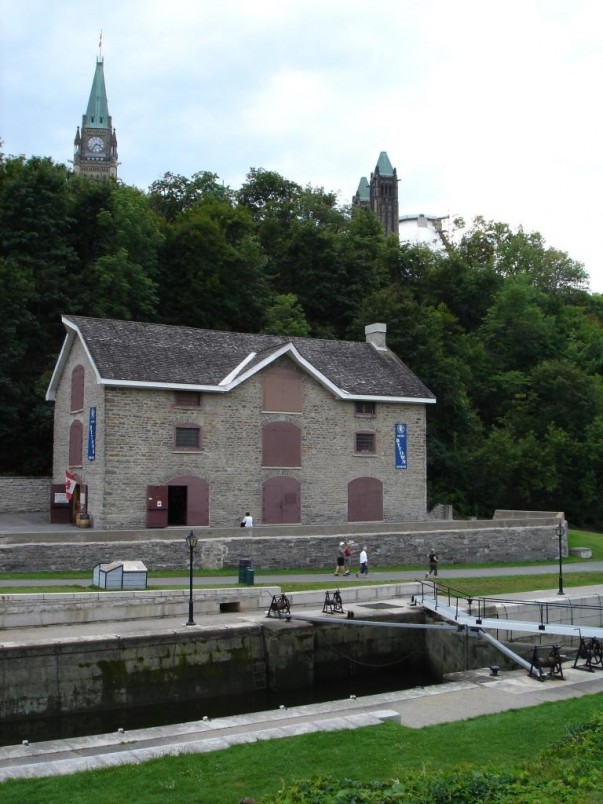 England is perhaps the ideal example of the resourcefulness of the clergy during the sixth century. It was a time when Christianity was still trying to make its place among the people of England, Wales, and Scotland. Halloween was essentially a pagan festival and the church was against it. But the Pope soon realized that the only way to win the natives over to Christianity would be to accommodate their festivals within the religion's ambit.

So they clubbed Halloween with All Saint's Day that comes on November 1. The act of giving alms to the groups who came knocking at the door was earlier considered an act to appease the spirits. Proponents of evangelization declared the giving of alms as a means to help the needy and did away with the story of the spirits.

Now coming to current day Halloween celebrations in Britain. Well, Britains still seem to love things the old way. But commercialization is soon catching up. Did you know that the original Jack o Lantern was carved from a turnip and not a pumpkin. Some of the British are still sticking to it. But many are moving away to the pumpkin carvings. Conservative English men blame the American influence for these changes. But teenagers in the UK are soon catching up on the commercial and larger than life trends in America.

Guess who benefits from all of it? You wouldn't even know. It is the Chinese factory that is making mass productions of Halloween goodies and costumes.

If you are in the mood for some serious ghost sightings on Halloween please visit the Victorian mansion Borley Rectory at Essex. This haunted mansion had also featured in the Daily Mirror. A dead nun, two headless horsemen and a phantom carriage are said to haunt this place. 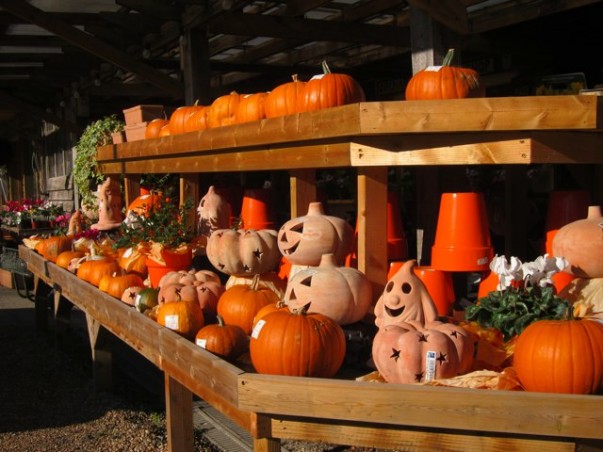 If on Halloween day, you hear children shouting Queremos Halloween (We Want Halloween) instead of trick-or-treat, you will know you are in Mexico. The Spanish translation of trick-or-treat is too difficult to pronounce for the little ones, hence the simplification.

Besides that, Mexico has everything that the USA would have on Halloween- elaborate decorations of cobwebs, witch dolls, eerie blue lights, candies in the shape of the skull-bones and the famous Halloween pumpkin.

On Halloween day, people visit the graves of their relatives and offer rich food and wine. Some even hire bands to sing songs to the departed souls. And then they talk to the dead, as if they are right there-listening. I have once heard a Spanish friend talking to her dear dead father about the party she had organized for her friends. And she talked so naturally, you would believe that he was actually there.

Many staunch Mexicans would like to have you believe that the Halloween is a completely foreign celebration and it is the Day of the Dead, celebrated two days after Halloween, that is the original Mexican festival. Partly true.

Mexicans celebrate Los Angelitos -All the Dead Children-on November 1- the day on which Catholics celebrate All Saint's Day. And on November 2, they celebrate Dia de los Muertos (Day of the Dead). These days actually celebrate the homecoming of ghosts of little children and grownups. Eager families await the return of their dead kids and family members. And to show them the way to their homes, lamps are lighted all over the town. If you notice, the ghosts of little children are invited home a day in advance. After all, the little ones always need some extra time, don't they?

Visit the Panteon de Belen (the Belen cemetery) if you want to experience what it is to be among paranormal entities who are reported to have made this cemetery their home. 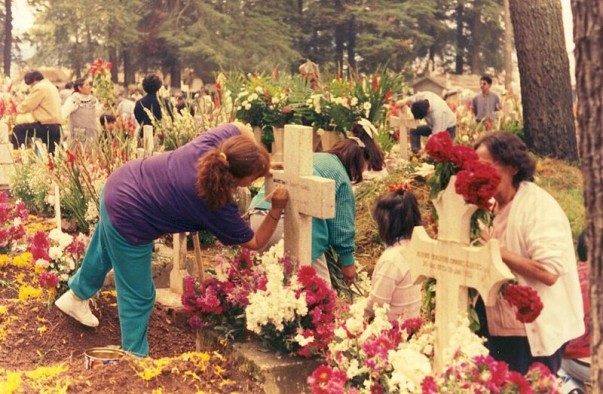