Extreme winter sports in America for a lover of winter Olympics

Extreme sports is gaining wide currency among sport lovers and viewers alike, and has even moved into the realm of the winter Olympics. In fact, America's wonderful performance in the extreme sports events in the winter Olympics in Sochi this year, was just about enough to offset her dismal performance in the rest of the categories. Well, America's fervor for extreme sports, has culminated into the formation of the US Extreme Sports Association (www.usesa.org) that is devoted to garnering medical and other benefits for extreme sports personnel. Here we have listed adventure sports that made it to the winter Olympics 2014, and places in the USA where you can train for them, either for professional or recreational purposes. Here is the list of top winter sports in America:

Rendezvous with the Biathlon in West Yellowstone 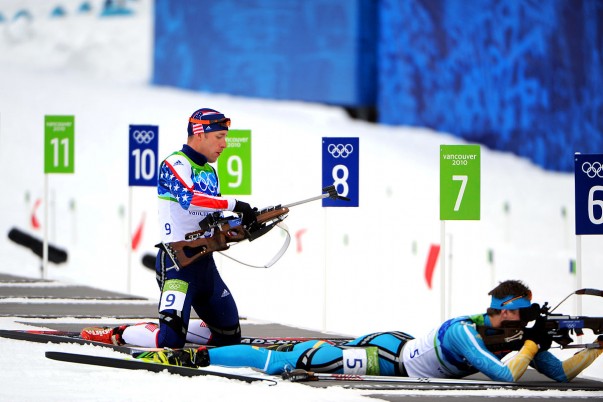 Swoosh across this ski trail heavily laden with snow, in the winter months from November through March. The biathlon trail is a 22-lane range complete with shooting stations, available on a self serve basis for Biathlon training. Of course, trail passes are needed. The trails, situated at an altitude of 68000 feet, and arching across 35000 kilometers of snow covered slopes, are like heaven for any Nordic skier, professional or otherwise. The Rendezvous ski trails are also the home grounds for the Yellowstone Ski Festival that takes place during Thanksgiving weekend. It is the place to be if you are eager to be coached by skilled skiers, as Olympic Athletes provide training in ski clinics during the Yellowstone Ski Festival. 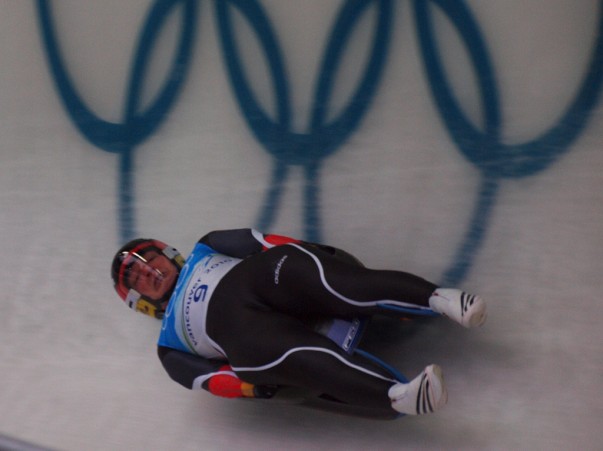 Enjoy the twists and turns while riding a luge!

Luging is a fantastic high speed sport where riders ride the luge (a kind of sled) face up, and maneuver its speed and direction using body pressure. Rider speed can reach up to 150 km/hour. Time is of the essence since the riders are timed to a millisecond. Already a sporting event in Winter Olympics, this year a new variant (mixed luge relay) has been added.

Americans have been a tad slow in catching up with the sport. The United Sates Luge Association was founded as late as 1979 although the sport had already caught up in parts of Europe almost a century earlier.

The Bluemountain is the only natural luge track on the east coast of the USA. Though the Winter Olympics luge games are held on artificial luge tracks, they are not open for luge rides to public. Of course, you can try bobsledding at the artificial tracks in Utah and Lake Placid.
The Bluemountain luge ride, a thrilling journey of twists and turns for less than a minute, is a must-try for adrenaline junkies who think they have seen it all. Adventure sport enthusiasts swear that the much-hyped skydiving, seems a child's play, after one has done the luge ride.
Lake Placid in New York that holds luge competitions, plans to offer luge rides to the public this winter if the Luge Federation can work it into their plan. So, get in touch with the Luge Federation at 512-523-2071 if you are really keen for a luge ride on the artificial tracks where the Winter Olympic Games are held. Who knows, you may get to train alongside Olympic luge champions and even get a memento- a photo clicked with your favorite luging star. 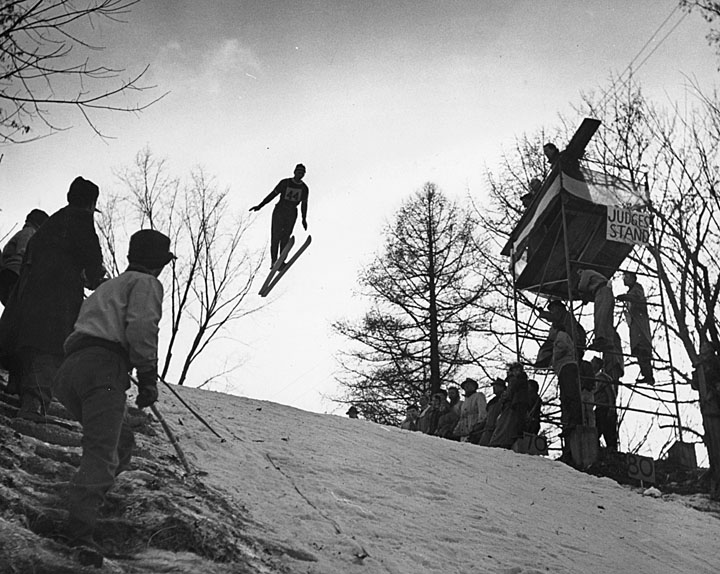 Ski Jumping - Fly as far as you can!

No group was more deserving of an entry into Winter Olympics than the women ski jumpers. Women ski jumping public competitions started in Trysil, Norway in 1863- just a year after the men's competition. In Sochi, this year, women competed on the same hill as men. Each competitor gets two runs in two rounds-the first round and the final round. Performances in all four runs are taken into account before awarding the final score.

There are times when life seems to be going downhill at an incredible speed. All our hard work seems to yield no fruit till a time when things suddenly start looking up, and we have pulled ourselves together and achieved the seemingly impossible, even before we know it. Well, ski jumping is exactly the same. You go downhill till you hit the bottom, only to jump as high as possible when you have reached the edge. And what a beautiful moment it is- all that energy in your coiled body suddenly released to give you the flight of a kite.

Ski jumping is a club based activity as much as it is an Olympics event. In fact, little nine-year olds vie with each other in neighborhood ski jumping competitions held on small hills for the most valuable prize of a lollipop.

Where: If you are a newbie, you can sign up with one of the clubs for practice at the smaller hills that dot New Hampshire, Maine and several other states. If you are a professional ski jumper, you can sign up to compete at the famous Harris Hill Skiing Competition at Brattleboro, Vermont. Children, who are serious about the game, can enroll at NYSEF, for holistic academic and sports training. 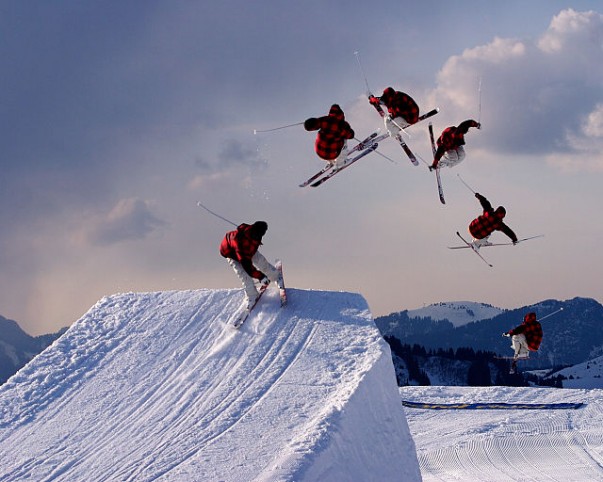 Prove your skills and talent with Halfpipe Skiing

How would you feel to be the rampaging monarch of a snow laden kingdom that lies in a hidden crease in the world's bosom. Well, if this very thought has put you on cloud 9, then halfpipe skiing is just the sport for you.

In the Olympics half pipe event, competitors go on two separate runs in the preliminary round. Twelve players are selected for the final round, who are then on their mettle to prove their superiority in style, take off, height reached and landing.

The Mammoth Mountain in California offers terrains for halfpipe skiing and all other winter sport activities. The place has won the Transworlds best pipe award for the third time in a row. You will understand why, once you make a visit to this delightful place. With an expansive area, Mammoth offers terrains for professional and beginners alike. Moreover, it is a hub of commercial activity with strategically located fine dining restaurants and cozy lodgings.

Mammoth remains open for snowboarding and halfpiping for a long time of the year, since the snows on these terrains last till June. However, do not let the beauty of this place detract you from following full safety measures while halfpiping skiing. Always wear your helmet during halfpiping, as it is one of the most potentially dangerous winter sports.

From sports to art: Figure Skating 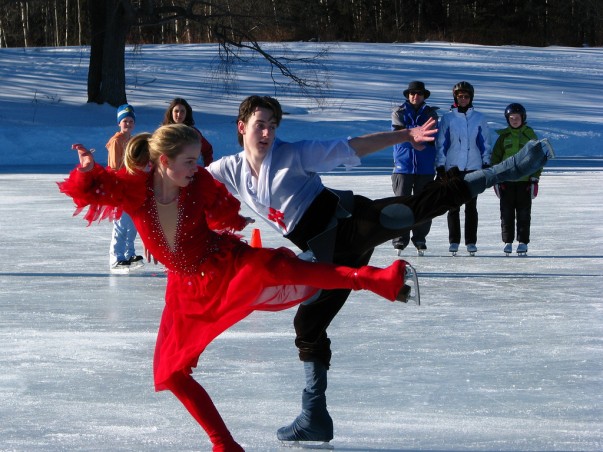 Test your strength and discipline with Figure Skating

'Two little feet, see how they move, nimbly along the icy groove. A slender body that twists and turns, delicate as a new-sprung fern, And yet how strongly her arms unfurl, my pretty figure skating girl.'

Whether figure skating is an extreme sport or not, has been debated for a long time. Extreme sport aficionados are reluctant to give this beautiful sport a place among their hallowed games. However, the fact remains that figure skating does require a tremendous amount of strength training and discipline, and offers a more breathtaking spectacle than any other adventure sport.

Figure skating was the first winter sport to be included in the Olympics in 1908. However, the figure skating team event was newly introduced in the Winter Olympics 2014.

However, if you are a recreational skater, then the Ice Skating Institute, ISI, may be better suited to your needs.
You can try figure skating at the Yale Figure Skating Club that keeps updating its schedule for figure skating trainees, to increase competitiveness and performance.