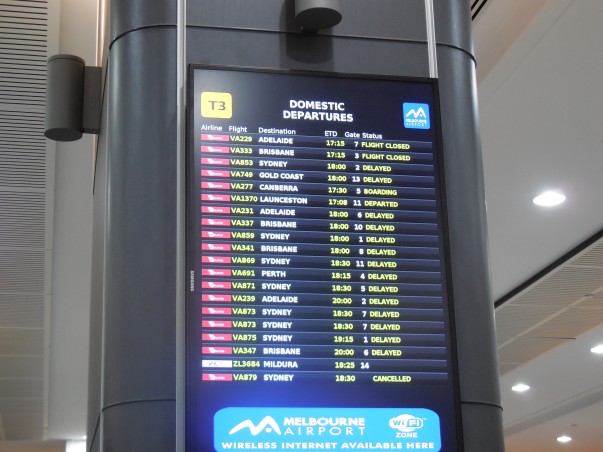 Virgin Australia Delayed Flights - For a frequent flyer, this board is a no no. For others, a tourist attraction. As everyone crowds around to see it, you realize how much a system failure can control our lives. Yesterday, according to Virgin Australia, Sabre check-in systems lost their steam causing flight schedules going haywire across the globe. I was at Melbourne Airport and there was extreme chaos. 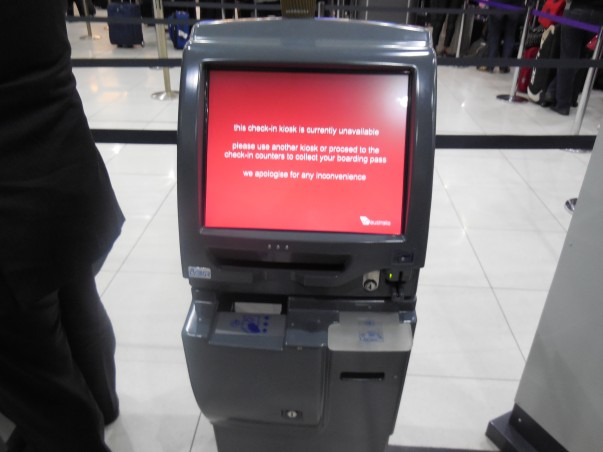 I must say that even in a "I am dead" message, Virgin Australia was trying to make a statement.  The ground force of Virgin Australia did manage to handle the chaos as efficiently as possible, but there was no way they could have handled all. A good number of cancellations. 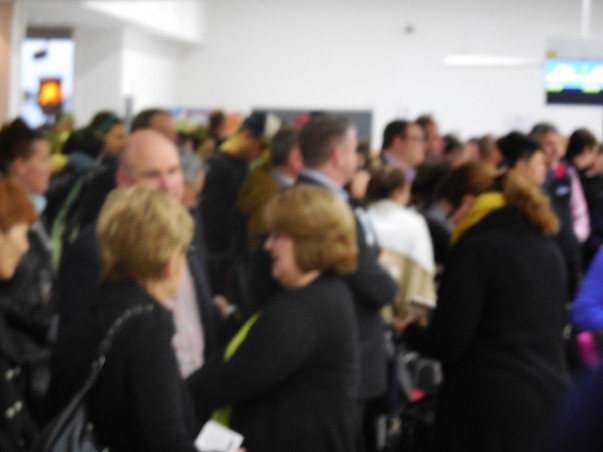 Virgin Australia was handing out $8 coupons and ensuring that area around check-in counters doesn't get crowded, but it still was. It was surprising to see so many people landing at the airport without cross checking flight status. I was one of them too. It happens, I am told, especially when you are flying Virgin Australia as they have a good track record.

I was on a flight from Melbourne to Sydney and 6 out of 8 evening flights were cancelled, mine fortunately was not. It was almost delayed for over 2 hours, though. My suggestion is that, when this happens, take it in your stride and enjoy your coffee/ drink while checking the status every 30 minutes or so. Of course, finding a place to sit can be your immediate challenge.