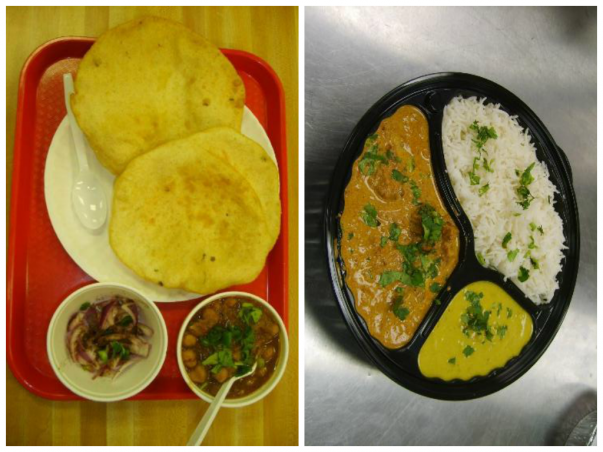 If you’re missing home food then this is definitely the place for you. A lot of Indians prefer Bombay café because there is no other place especially anywhere near Bloomington, Indiana that has such delicious food cooked with so much of love. The best part is that you can not only enjoy dishes that taste a lot like the ones cooked inside Indian homes, but you could also enjoy the kind of snacks that you’d only see on the streets in India.

Bombay Café is located next to Smallwood Plaza. If you’re downtown, it is hard to miss the place. You could either park right in front of the restaurant or in the parking garage located right around the corner. Bombay Café serves lunch as well as dinner. However, it closes for a little while after the lunch timings.

There is never any need to make reservations unless you’re aware of the occurrence of some Indian festival on that specific day because that would be a reason for the place to be crowded. There’s usually a lot of sitting space inside and you’d almost always see youngsters hanging out at the restaurant and enjoying good Indian food.

Bombay Cafe would even deliver to your apartment or hotel once dinner hours begin (5pm) and you could just call the restaurant and ask them about any interesting dishes that they might have on that day and also if they’re serving the snacks that you’re in the mood for. (They always have the main entrees but snacks could vary.)

This is the perfect place to visit if you’re missing the warm Indian environment because the owner and the servers would almost make you feel at home.

Since this place is a common favorite, food could take a little while to deliver but that would only happen occasionally. They try and serve everybody as quickly as possible and make sure that they adjust the spice level according to individual preferences.

As compared to other Indian restaurants that could get really pricey, this one is actually pretty reasonable. There are a lot of deals available and you could strategically order food and save money. I usually get combos because those come with two kinds of dishes, rice as well as one naan (bread).

Also, Bombay Café is friendly to the point where they’d collect money for everything that you have ordered after a certain period of time. But, of course, that wouldn’t be an option if you’re only visiting Bloomington and won’t be coming back to Bombay Café to pay later on.

I cannot emphasize enough on the point that it doesn’t get closer to home and Indian street food than this. Bombay Café does not only have all traditional dishes, but they also sell drinks like ‘Thumbs Up’ that are not very easily available in the U.S. My favorite bags of snacks ‘Kurkure’ are also sold at Bombay Café. You could try so many different things at this restaurant and still want to come by over and over again just because it’s hard to get enough of the friendliness of the people there and also the yummy food that they serve.

I’d like to end this by encouraging you to not hesitate from experimenting with food at this restaurant because Bombay Café makes sure that everything you order is full of flavor and also because there’s hardly any dish with which they’d ever go wrong.