Home » 7 Must Have Apps for those Traveling to Seoul

7 Must Have Apps for those Traveling to Seoul 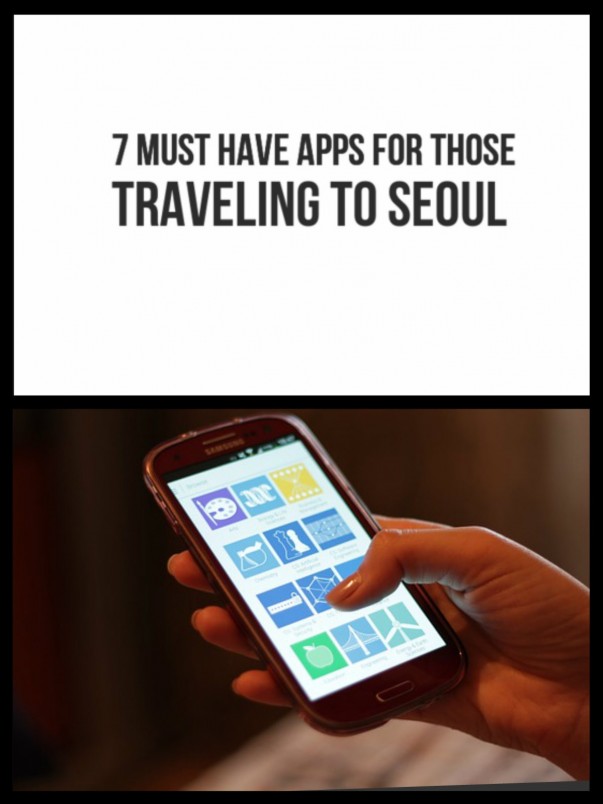 If you are traveling to Seoul, and are new to Korean language and culture, here is a list of 7 apps that you will find handy in the new city.

This app is a must have if you use an iPhone or an iPad. It shows:

And, it is 100% offline. Since this app comes loaded with features, it is a good idea to download it well in time, and get used to all of them.

A similar app may be downloaded even by Android users.

This app is available for free international calling only in Korea and Japan.

The call quality is not always great but it is a great value for the money.

If you do not know Korean, and probably a host of other Asian languages that will be spoken by participants and visitors in the Games, it is a good idea to get this app.

Trip Journal is an award winning app that lets you digitally document your travel, complete with picture and blogposts.

This is a must have app if you love telling your travel journey through pictures, blogs and posts. Send across real time pictures of yourself in Seoul, while your friends far away feel all the more closer to your travails.

Naver may be considered the Korean equivalent of Google. In Korea, Naver is a much more comprehensive mapping service than Google and, as a result, is far more helpful. However, it uses only Korean. It would be best to use the Google translate app to translate names and spellings of places you are looking for, and then look them up on Naver.

Developed by creators of the website seouleats.com, this app is a must-have for foodies interested in seriously exploring Korean food.

And here is a bonus app for all those who are already in high spirits for the upcoming Asian games. The torch has been lit on August 9 in New Delhi and is on its way to several other cities as part of the tradition of torch relay. The 'Smart Torch Relay' app is a very fun and smart app that gets you into the spirit of the game, even if you are unable to make it to any game in Incheon.