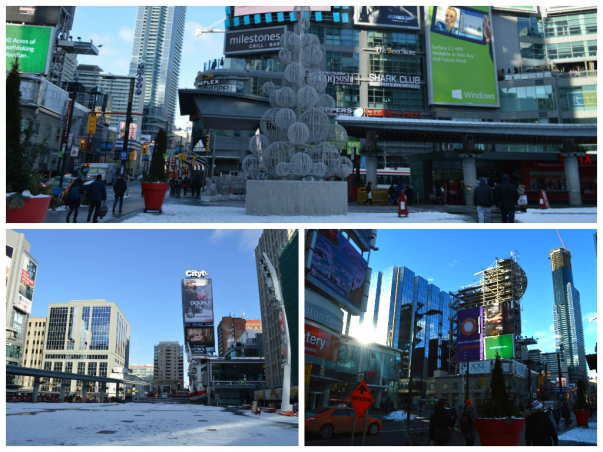 Yonge-Dundas is one of the most happening square in Toronto !

Yonge-Dundas Square commonly known as Dundas square is a vibrant, active space in the heart of the city. It is a place where locals gather and rejoice their lives. Here people come together in the spirit of openness, community, and democracy. People in Toronto feel proud to introduce this place, its greatest public space. Located in front of Eaton centre, it is one of the most famous spaces for public exhibits, cultural shows, rock concerts and special public gatherings. Due to its location in the heart of  Downtown of Toronto it is very easily accessible through public transport. Thanks to  the  Toronto transport commission for making it possible. This place can be accessed through 2 different subway stations, Queen and Dundas. Apart from that, one can also use street cars which run frequently across this place.

Planning to visit Yonge-Dundas Square? Here is a useful map - 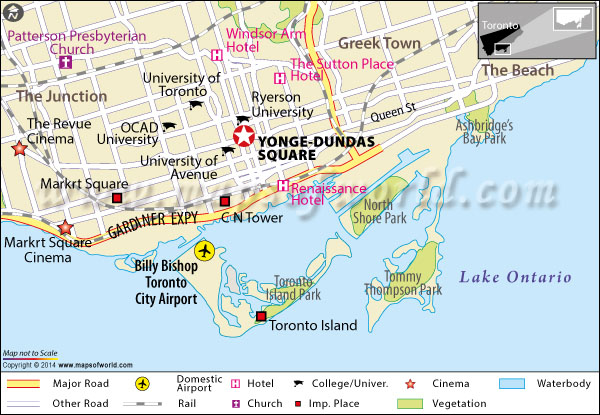