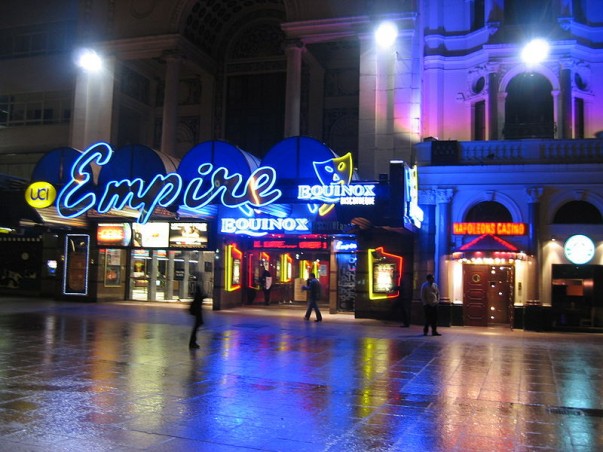 The West End is to London what Broadway is to New York. It's a global hotspot of fashion and culture. West End of London is particularly renowned for its theater houses and some of London's most famous theaters are located at West End. When a particular production finds its way to the hallowed theater grounds of West End, it's party time for the cast and crew! The age-old tradition of seating in a pit and enjoying a play in a turn-of-the-century theater is possible only at West End.

West End is frequently referred to as the center of London. Apart from world-renowned theater companies, West End has a pulsating array of entertainment options ranging from pubs, nightclubs and top-end shops. The sheer variety of recreational options available at West End is amazing to say the least. For instance, if shopping in London is in your agenda, then look no further.

Popular streets like Oxford, Regent and Bond Street have some of the most renowned departmental stores which showcases the best of world fashion. As far as pubs and restaurants are concerned, Soho, which is just a stone's throw away, is the ideal place to go. Not only is West End of London renowned for its shops and restaurants, it's also the melting pot of cultures and art galleries and museums abound at this happening part of London. For instance, the Royal Academy of Arts and the Serpentine Gallery to name just a few are located at West End. Many renowned corporations have their headquarters located at West End of London. Diplomatic Missions and Embassies of various countries too are located at the periphery of West End.

If one were to go by the Wyndham Report,which was published in 1998 which investigated for the first time ever the contribution of West End towards the economic prosperity of UK, it is amply evident that West End Theaters alone contributed £1,075 million during the year 1997. Even more startling is the fact that worldwide earnings of some of Britain's famous shows dwarf those of Hollywood blockbuster films like Jurassic Park, Titanic, etc by a fair margin.

Not to be left behind by the Hollywood Walk of Fame, which features Hollywood stars walking along the Hollywood Boulevard in Los Angeles is a similar kind of walk that has been put in place at West End's St. Paul's Church Court Yard which already features BBC chairman Michael Grade, writer Key Mellor, actress Nicole Kidman to name just a few.

West End is an enigma, whether you shop or just walk along its bustling streets. Experience the excitement of West End on your tour to London.