Home » Tour of the CN Tower

Tour of the CN Tower 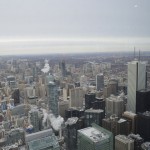 Views of the Toronto Skyline 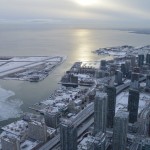 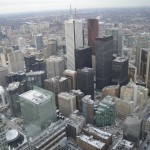 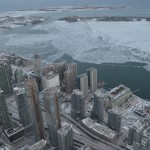 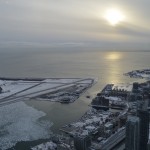 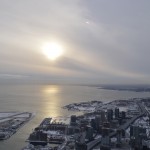 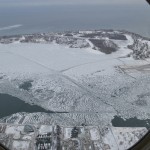 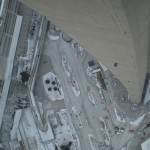 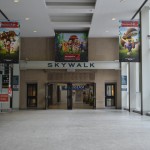 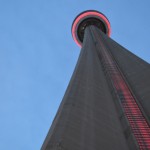 CN Tower – The Landmark of Toronto 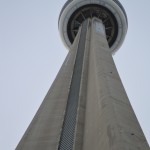 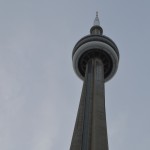 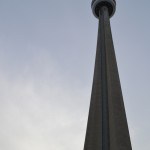 The Landmark Of Toronto

Yes, the CN Tower is the iconic landmark of Toronto city. Located near Lake Ontario, it gives a spectacular 360 degree view of the whole city.  Besides serving as a telecommunications hub, the tower provides world-class entertainment and a wide range of unique attractions, exhibits, and food and beverage venues. The height of this humongous tower is around 553.33 m above sea level. Access to this tower is by high-speed elevators which take around a minute to reach to the top of the tower. Actually, there are two sections of the tower. The first one is the 360 restaurant and the 360 view, the other one is the skypod which is another small tower located at the top of the original tower. The 360 restaurant has a capacity of around 300 guests. It takes around 72 minutes for the restaurant to revolve 360 degrees. Talking about its uniqueness, this tower has a skywalk where you can walk on the podium outside the tower and have a thrilling experience of the height ! It also has a glass floor where you can stand and experience the height of the tower while being inside the tower.

Peeking into history, this tower took around 40 months to build, being completed in 1976. Apart from that it took $63 million as a cost to build.

How to get there:

The best way to get to the CN tower would be to board the Subway and reach to the Union station. From there you just have to keep walking down the Skywalk which will lead you there.

A trip into the tower costs around $51 plus taxes. If you want to get to the skypod (which is the top of the tower) it costs an additional $12.