Home » Wadi Al-Hitan or The Valley of Whales

Wadi Al-Hitan or The Valley of Whales 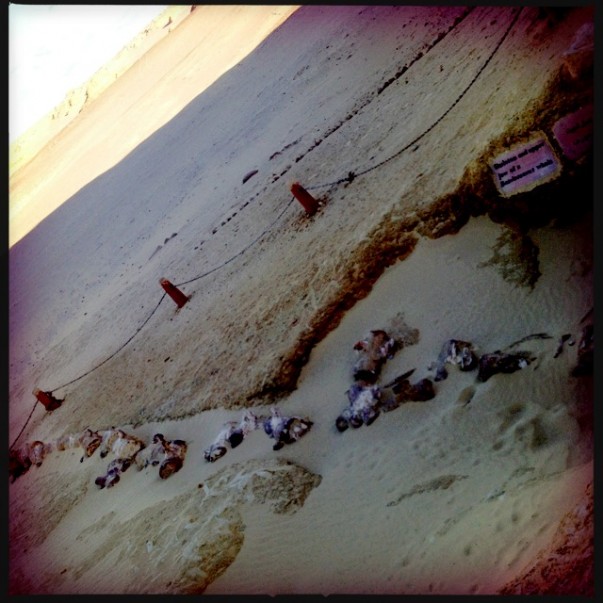 Wadi Al-Hitan or The Valley of Whales

When most people think of the sites and marvels of ancient Egypt, the Great Pyramid, the Sphinx and the temples of Luxor come to mind, but there’s one that’s off the beaten track and not as well known.

Located in the oasis region of Fayoum is one of the best preserved paleontological sites in the world. Known as Wadi Al-Hitan or the Valley of Whales, this remote valley sits in the Western Desert, some 150 kilometres away from Cairo.

I found my way there with my family as my sister, a conservation student, was one of the few who had heard about this unique place.

A guide takes you through the various spots, which feature a number of excavation sites highlighting the remains of prehistoric marine life such as whales, sharks and petrified plants and coral. There’s pretty solid evidence to suggest that the basin of Wadi Al-Hitan was submerged beneath water around 40 to 50 million years ago.

According to geologists, during that time the Tethys Sea reached far south of the location where the Mediterranean currently exists. When the Tethys Sea retreated north, over the years it deposited thick sediments of sandstone and limestone that are today visible as rock formations.

To be honest, the five-kilometre trek through the desert did seem a bit much in order to see fossilised remains. But then again, I’m more interested in the history surrounding ancient civilisations. I think for those fascinated by flora and fauna, this is definitely a unique attraction and one I can’t imagine to be too common in any part of the world.