Home / Tours / The Magical City of Belgrade - Things to do

The Magical City of Belgrade - Things to do 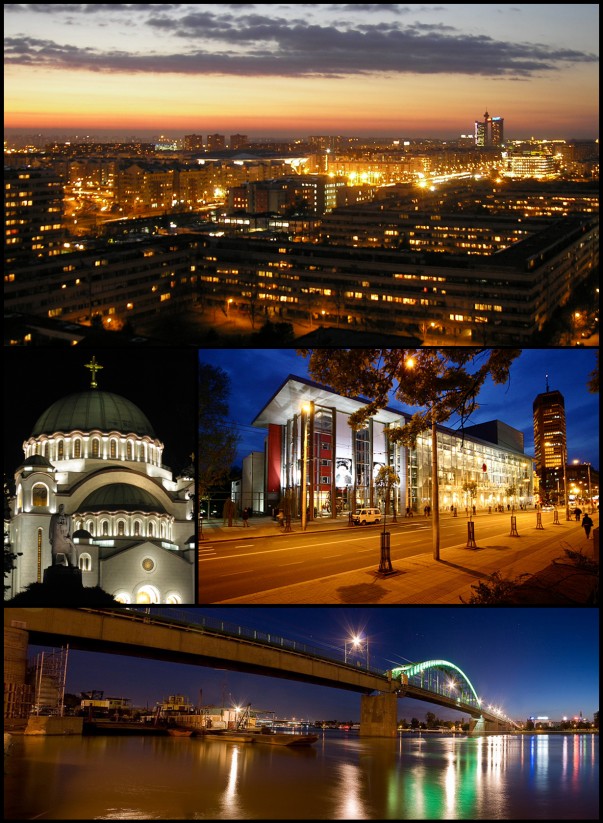 From upper left: West of Novi Beograd with Genex Tower, the Cathedral of Saint Sava with Karađorđe monument in front, Yugoslav Drama Theatre with Beograđanka on the right, and the Sava bridge.

Belgrade is the capital and largest city of Serbia, with a population of over 1 million people and a rich history. The city is located in the central part of the country, on the confluence of the Sava and Danube rivers. People have been living in this area for millennia and the city bears the engaging signs of a tumultuous and at times tragic past. Belgrade represents a beautiful travel destination, different from other western European cities, but also different from those of eastern Europe, showing a unique charm that will capture the hearts of its visitors. Over the years, being in the middle of a strategic area battled over by the powers of the continent, Belgrade has seen over one hundred wars and has been destroyed dozens of times, reemerging stronger and more beautiful every time. Among its strong points are the unique location over the confluence of two major rivers, the rich cultural and historical heritage, the small bohemian streets and its warm people.

Most tourists may not know that there are many amazing destinations apart from those that are usually popular and emphasized. One such destination is Belgrade and it has the potential to surprise and amaze even the most exigent tourists. Setting eyes for the first time upon the city, tourists will find it will not immediately uncover its hidden charm. The bombed buildings that can be observed close to the city center are left like that on purpose, despite what some visitors think, in order to remind locals and tourists alike of the destruction brought by wars. Another feature that will surely please anyone who arrives in Belgrade is how inexpensive everything is compared to the most popular travel destination. From food to accommodation, transport and souvenirs, everything is affordable. This is one place that will not ruin your budget while charming with its plethora of wonderful attractions and landmarks. The best advice regarding accommodation in Belgrade is to stick close to the city center, as most interesting things are within walking distance.

There are many things to see and do in Belgrade which will surely fill several days with interesting discoveries. First of all, the city is home to many museums which are worth a visit, starting with the huge National Museum, the Railway Museum, the Nikola Tesla Museum, the Military Museum, the Belgrade City Museum, the Museum of Contemporary Art and others. Being an orthodox country, Serbia and especially Belgrade has plenty of beautiful churches and cathedrals, starting with the magnificent Saint Sava, the biggest orthodox cathedral in the world. Apart from these, there are a great number of important monuments and buildings across the city, the most notable among them being the Old Palace, National Theatre, and the Parliament. Definitely the most impressive and perhaps the starting place of any visit to Belgrade is the Kalemegdan Fortress, overlooking the confluence of the Sava and Danube. The fortress is now a charming park, surrounded by walls and filled with museums and works of art. Other interesting areas for tourists include the Knez Mihailova pedestrian street with shops and restaurants, the Skandarlija Street with its picturesque restaurants and cafes, the old historical district of Zemun and others.