The Historical Cenotaph Monument at London 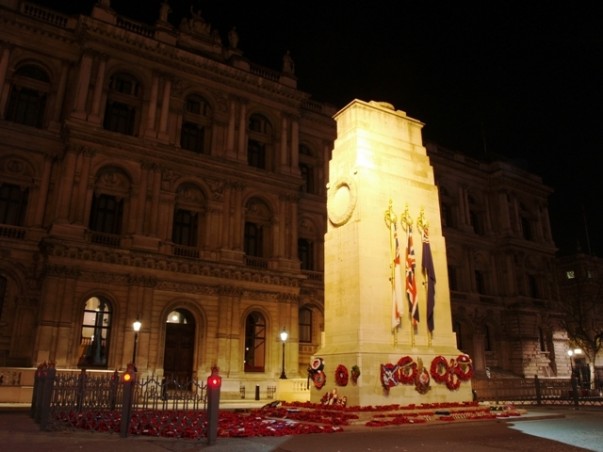 The Cenotaph Monument at London

The Cenotaph is a historical monument which is located in the White hall area of London. Literally, cenotaph means an "empty tomb". It might be, however, empty in a materialist sense but certainly not in the spiritual sense. This monument was designed by renowned British architect Sir Edwin Lutyens to honor the soldiers who gave up their lives for their country in the first World War. The Cenotaph has a colorful array of flags, which represent the emblems of the army, navy and air force personnel who died in the war.

Originally, the Cenotaph was made of wood but the hallowed monument that we see today was built much later and is made of exclusive Portland Stone. Ever since the year 1921, 11th November is official observed as Remembrance Day and a minute's silence is observed as a befitting tribute to not only British soldiers but also the extended Commonwealth citizens who lost their lives defending the empire in both the wars.

The service, which is remarkable for it's solemnity, has changed very little since 1921 and apart from a minute's silence in memory of the dead solders, official wreaths are also placed by the British monarchy, the government and the three services - the army, the navy and the air force. The dignified march past of war veterans during the Remembrance Ceremony are especially worth going miles to see.