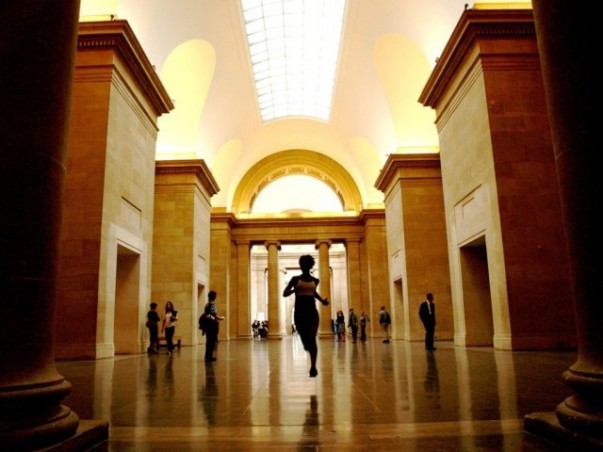 Tate Britain is one among the Tate's chain of art galleries in the U.K. Tate Britain is strategically located at Millbank, London. It boasts of a fine collection of British art, which includes works of luminaries of the stature of William Blake, John Constable, Edmund Spencer, William Hogarth and Thomas Gainsborough to name just a few.

There is an exclusive wing, which showcases the works of renowned artist J.M.W.  Turner. Other notable exhibits include John Waterhouse's  The Lady of Shalott, John Everett Millais' Ophelia. Recent additions at Tate Britain are the works of David Hockney, Peter Blake and Francis Bacon.

Tate Britain Art Gallery has always played a pioneering role in propagating and promoting art culture not only in London but Britain as a whole. To make art popular among the younger generation, it has introduced half-priced tickets for exhibitions, symposia and live art performances. A hugely popular but sometimes controversial event is the annual Turner Exhibition, which showcases the works of four promising artists who are below 50 years. The artists are selected by a panel of experts and, needless to say, there is intense competition. You will bask in the glory of not only the historical works of past luminaries but also of the more contemporary artists of the stature of Edward Wadsworth, John Heartfield, Sandra Blow and Chris Ofili to name just a few.

What is so special and unique about Tate Britain Art Gallery is that artworks are not only displayed in the scheduled galleries but also in more compact areas surrounding the galleries. Don't be surprised if you come across a few masterpieces by the foyer at the entrance of a gallery.

Henry Tate had always cherished the desire to build an exclusive national gallery committed to promoting British art. Today, his vision has reached its perfect culmination viz-a-viz the magnificent Tate Britain. Post refurbishment and renovation, Tate Britain has ten new galleries as well as a remarkable new Mangon Entrance, all of which has made Tate Britain the preferred choice of London's discerning art connoisseurs.

In order, to attract visitors to Tate Britain Art Gallery a few designer tours have been launched like the Daily Guided Tour, Special Tours, Private Tours, Tate to Tate Tours to name just a few.

The most grandiose scheme available is the Tate Britain & Silver Fleet Cruise wherein after completion of your one hour Tate Britain tour, you are taken on a luxury cruise on river Thames with complimentary lunch or dinner thrown in.

Timings :  Tate Britain is open everyday from 1000 hours to 1800 hours and on first Friday of every month it is open late till 2030 hours, visit to Tate Britain is free except on special exhibitions. It remains closed on December 24th, 25th and 26th.