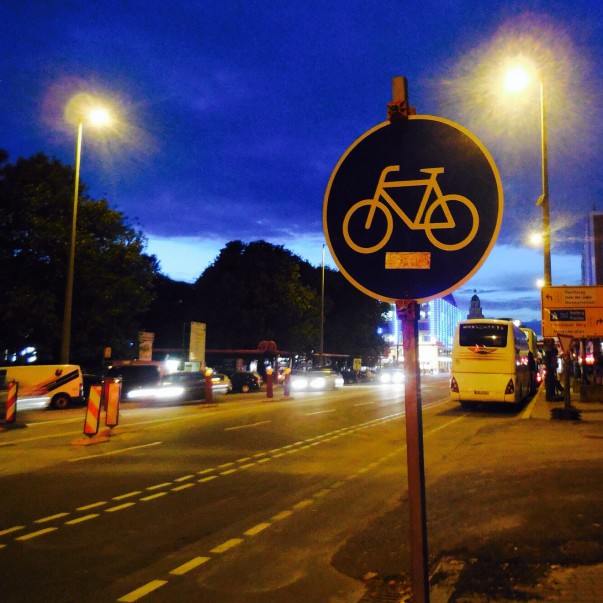 There isn't a time in Berlin, when you can't a spot a bicycle on the roads. The city has taken biking seriously, with dedicated bike lanes and separate bike paths throughout the city. Stand at any intersection during rush hour and you could clearly see bicycles outnumber all other vehicles combined. Next to walking, bicycles are a great way to explore the city for a traveler.  Bicycles are also available for rent all over the city, from big hotels to corner coffee shops. The lowest price I saw was €8 per day and highest was €12 at a hotel. With Berlin's many landmarks in close vicinity, you can save yourself the taxi cost by renting a bike, and enjoy the freedom it brings with it. 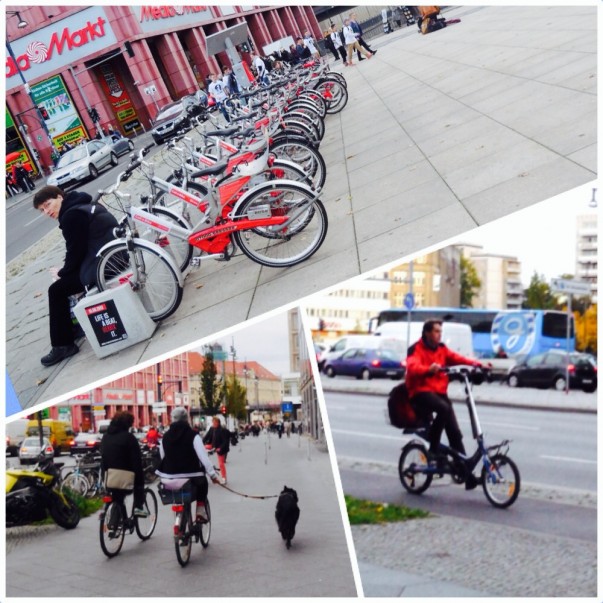 Berlin's has it's own public bicycle hire system - Call a Bike

Berlin also has its own version of Citi bikes of New York, you can find many public bicycle stations, where you can unlock bicycles easily and pay by credit cards. Drop the bike at any other bicycle station in the city, and carry on with your day. Berlin's 'Call a Bike' is run by Deutsche Bahn. For travelers it is economical to rent at basic fare, minimum 8 cents per minute or hire for a full day for €15. If you have a rail card, the per day price drops to €9.

If you have unique and helpful experiences to share from Berlin, do share in the comments below