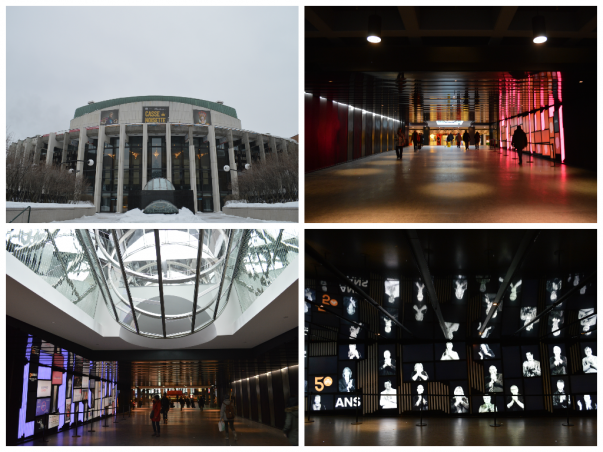 Place Des Arts of Montreal is a place where all the performing art shows take place. Located in the heart of the city and a part of Quartier Des Spectacles, it is the hub where all the best operas, cultural shows, ballets and other special events are held.

When I explored through the place, I figured out that Place des Arts was an initiative by former mayor, John Drapeau and that it was founded in 1963. It was built as an extension to the commercial Downtown district . That is the reason I think it stands out amongst the rest.

Board a subway and get down on at the Place-Des-Arts station. The station is right under the auditorium.

Well, roaming around there is free, but one has to pay a huge amount of money to view the ongoing shows. For example, when I went there the show named "Nutcracker" was going on. When I asked for the ticket, the show officials said that the lowest one starts from 96 CAD plus the taxes and that too was sold out !