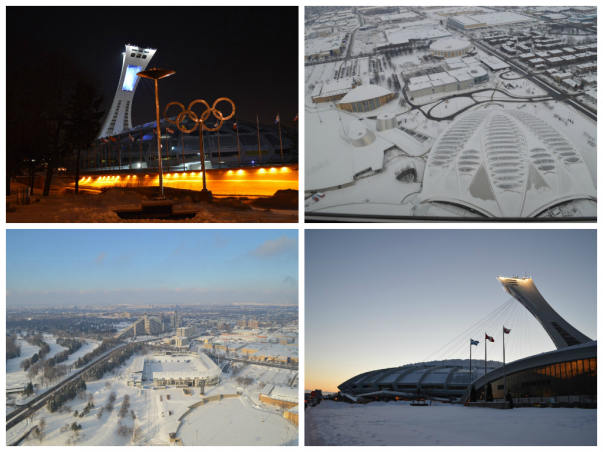 The City of Montreal has numerous places to visit, but the journey remains unfinished if one doesn't visit the Olympic Park of Montreal. Present in the heart of the city, it provides a 360-degree panoramic view. This stadium was built originally for 1976 summer Olympics, but now it acts as a multi-purpose venue for various sporting activities. The stadium is commonly known as 'The Big Owe' because of its oval shaped dome and the huge amount of money spent on its construction at that point of time. This mammoth white elephant like stadium is capable of seating around 56,000 people. Apart from that, this stadium incorporates a really big inclined tower which is 175 meters above sea level.

The observatory is located on top of the inclined tower. The observatory can accommodate up to 500 people at one time. It is accessible via a funicular which takes around less than a minute to reach at the top of the tower. And an interesting fact is that it can carry around 20 people in a round, for which it travels up and down in every 10-minute time interval. Once you have reached there, one can have access to two floors on which you can have a delightful scenario of the city !

It wasn't too expensive for me as I took a combo for 3 places which cost around 65 CAD plus taxes. The three locations included a Biodome,  the Planetarium, and the Olympic Park.

How to reach there?

One can use a well-connected public transport to visit this place. One can get down on"Pie-IX"  subway station and can just walk to this place which is hardly 200 meters away.