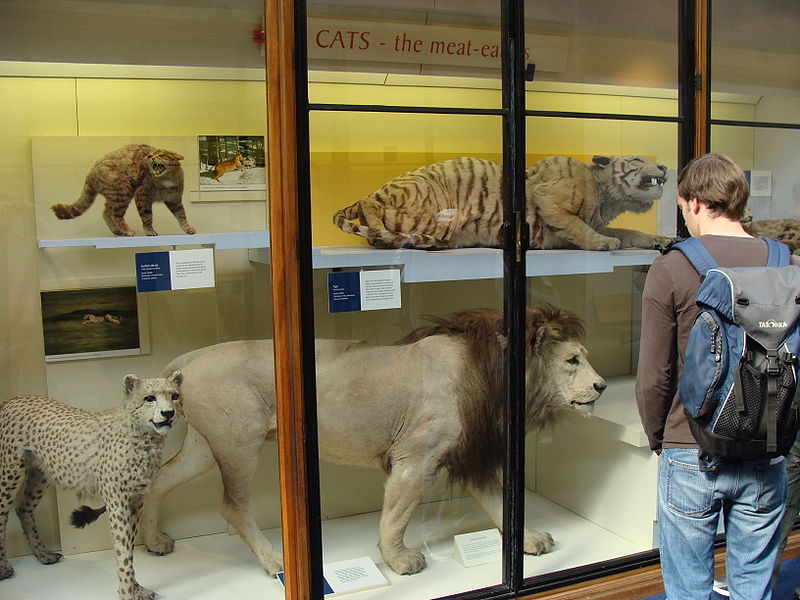 Various Specimens at the Natural History Museum of London

The Natural History Museum located at Exhibition Road, Kensington is a virtual treasure trove of life and earth science collections. This astonishing museum is home to a staggering 70 million species.

The collections may be categorized into five wings - Paleontology, Mineralogy, Zoology, Botany and Entomology. An exclusive Wildlife Garden is also there inside the premises, with a bewildering array of flora and fauna.

The moment you enter the Museum, you will be attracted to the mammoth Diplodocus, which is set at the entrance.

The museum's Central Hall is in itself a marvelous architectural creation. The museum owes a lot to the late Irish doctor Sir Hans Sloane who bequeathed his collections consisting of human and animal skeletons and dried plants to the museum and initially the museum functioned from Montague House, but, with the advent of Professor Richard Owen, the then Superintendent of  the British Museum, search for an exclusive Museum site was launched and the government allocated land at South Kensington where the present museum stands. Work on the building commenced in the year 1873 and was completed by 1880 and the museum was opened to the public in a grand ceremony in the year 1881. The building design is basically Romanesque in style.

A recent addition to the museum is the newly constructed Darwin Center with a collection of millions of species and inclusive of working areas meant for scientists to carry out research. The museum has successfully launched the concept of "shared space" wherein the visitors can watch from up-close how scientists carry out their research and experimentation.

The Natural History Museum is dedicated to promote our understanding of the phenomenal natural world and the Museum is housed in one of London's architecturally superb buildings. Terracota bricks have been used predominantly and one can find engravings of plants and animals.

The building is outstanding and with its columns, the dome and its enormous front entrance bordered by two some towers, it resembles some of the magnificent Gothic Cathedrals that dot much of Britain's landscape.