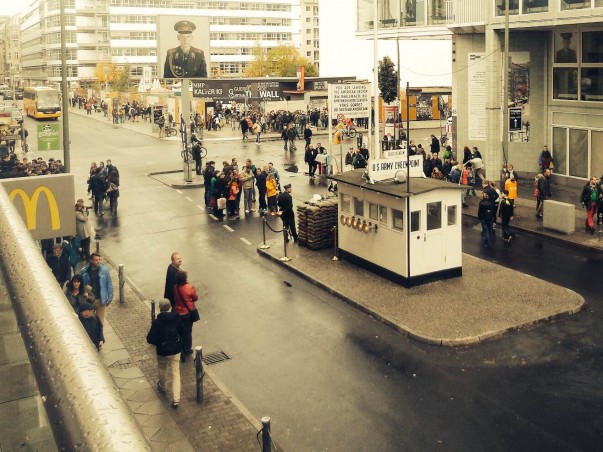 Before I reached Checkpoint Charlie on my city tour bus, I was imagining it to be a large historic site, with the Berlin wall on either side, and wide open spaces. I had to rush down from my double-decker bus, when the driver announced we had arrived at Checkpoint Charlie. If you were visiting Berlin and no one told you, you would easily miss this intersection as any other busy street crossing in Berlin. But stepping down from the bus, and exploring this tiny landmark, was the highlight of my visit to Berlin. From a distance you could see a mast with an image of a Soviet soldier and an image of an American soldier on the opposite side. I learnt I was standing on what used to be the American sector during the cold war. A guard house and a sign marked the border crossing, which I learnt later was a replica of the original.

What is Checkpoint Charlie? 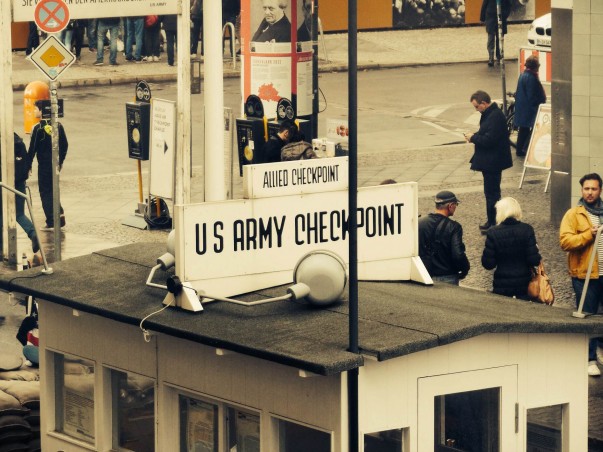 The historic crossing point between East Berlin and West Berlin during the cold war.

Checkpoint Charlie or Checkpoint C was a Berlin Wall crossing point between East Berlin and West Berlin during the cold war. Located in Friedrichstadt neighborhood, Checkpoint Charlie was the most iconic Berlin wall checkpoint. It has also been featured in many books and movies.

Must See in Berlin

It took a few minutes for me to realize that these were not real soldiers but actors, and the whole thing was staged. For a small fee you could get a picture taken with the guards or stop by souvenir shops to take home a memory. A point of caution about getting those souvenir passport stamps. Even though it may look cool to have a fake Checkpoint Charlie stamp on your passport, I read many horror stories about trouble at the airport and annoyed immigration officials. I would advise against anyone stamping your government issued passport. Other than the guards, the famous sign and museum, there are coffee shops, a McDonalds which is always busy, and many souvenir shops in the area. 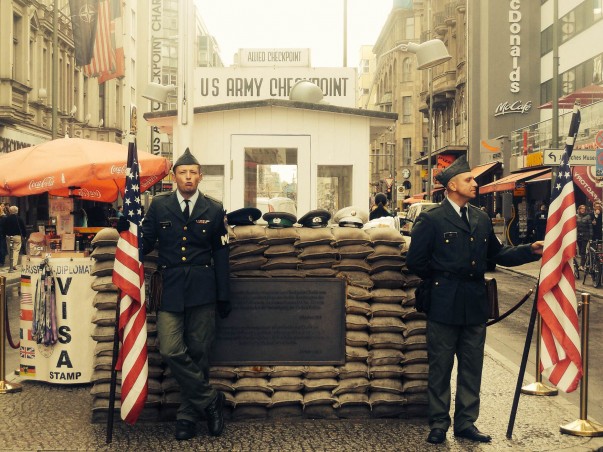 All for entertainment: from guards with whom you can take pictures to souvenir shops. 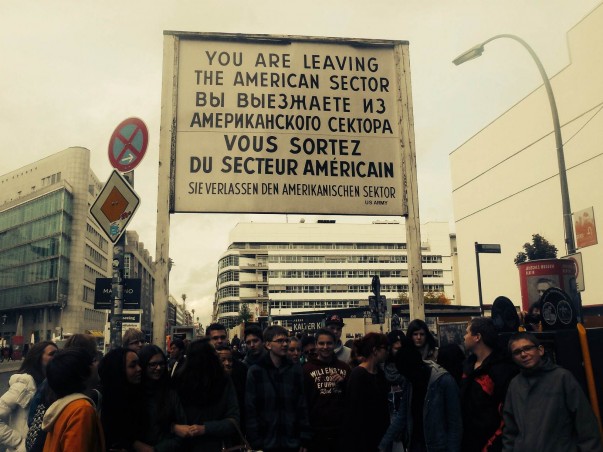 Famous Sign at Checkpoint Charlie (replica of the original)

The Checkpoint Charlie sign as seen from the erstwhile American sector. This is a replica of the original, which interestingly is a few meters away, on the first floor of the museum next to it. 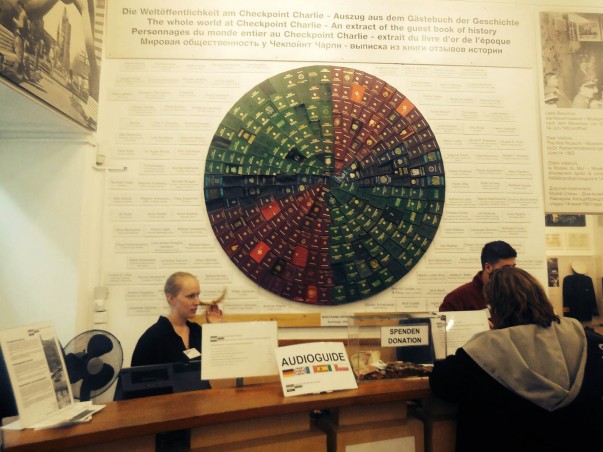 The Checkpoint Charlie museum is hard to miss, next to the famous sign.

The Checkpoint Charlie Museum is in the building next to the famous sign, right opposite McDonalds, it is hard to miss. The ticket costs EUR 12, plus EUR 1 for taking a camera along, and EUR 2 for baggage storage in the basement. On display are the photos, documents, and artifacts from the period, including many different types of escape vehicles like getaway cars and hot air balloons in which people made escape attempts from erstwhile East Germany. The museum I learnt later, is one of the most frequently visited museums in Berlin. If you're in Berlin on your next trip, be sure to stop by Checkpoint Charlie, Berlin's historic border crossing. 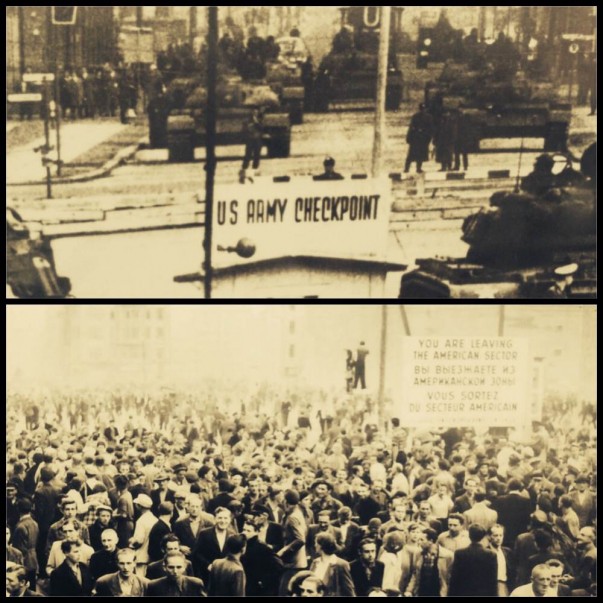 Should you plan to visit this place, here's a useful map - 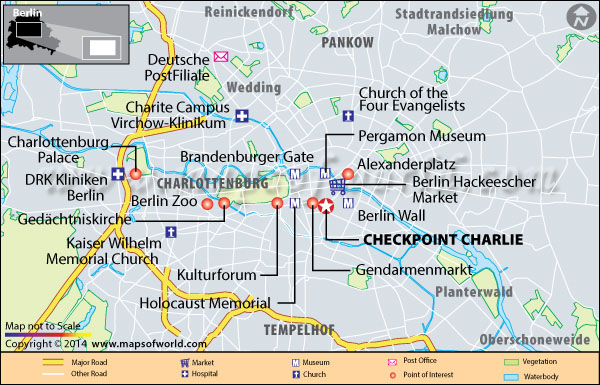