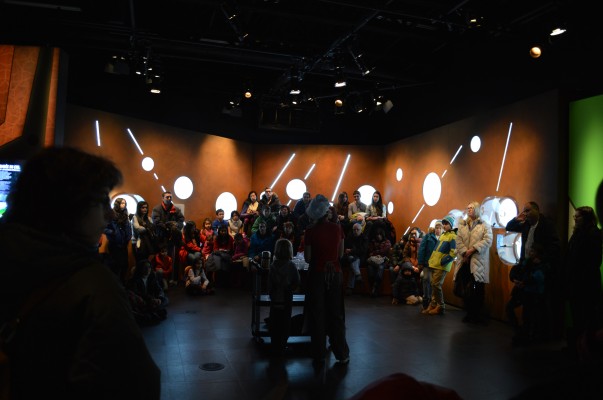 Rio Tinto Alcan Planetarium in Montreal is one of the best planetariums I have ever seen in my life. It is situated right next to the famous Biodome of Montreal. Massive in size, this place reveals most of the things about the universe which are unknown to us. It exhibits variety of interactive digital exhibitions, our search for life and its many existent forms in the universe. The major attractions of this place is that it hosts two spectacular shows. The Continumm and From the Earth to stars are two different shows which are being hosted there. While the former one will take you on a moving journey through the splendours and power of space whereas the latter one takes you on an immense journey under the clearest starry sky in Montreal, like cosmic explorers, you will embark on a thrilling virtual journey taking you thousands of light years from Earth, all the way to the stars and beyond!

How to reach there

One can board the well connected Subway and after getting down on Pie-IX stations, you have to just walk 200 metres towards the Biodome.

It wasn’t too expensive for me as I took a combo for 3 places which costed around 65 cad plus taxes. Three locations included a Biodome, Planetiarium and the Olympic park.