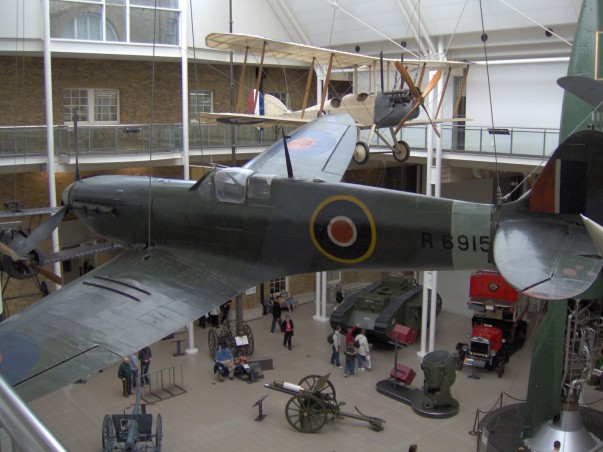 The Imperial War Museum is a storehouse of war memorabilia, arms and weapons, war photographs, rare war art collections and even armored vehicles.

The Imperial War Museum located in Lambeth, London was established in the year 1917 in memory of those soldiers who laid down their lives in the First World War. The museum is a storehouse of war memorabilia, arms and weapons, war photographs, rare war art collections and even armored vehicles. There is an exclusive exhibition enclosure dedicated to the Holocaust.

The museum is inimitable in the manner in which it presents modern day conflicts involving Britain and the Commonwealth nations right from the first World War to the present day. The museum provides fascinating insights into the pros and cons of modern warfare and investigates the history of modern war. The London museum has many interesting sections. For instance, the Large Exhibits Gallery is home to some of the most lethal weapons and armored vehicles.

While the First World War galleries investigate colonial rivalries and conflicting national ambitions in Europe, the Second World War Galleries delve deeper into the root causes of war, particularly in the aftermath of the establishment of dictatorial and totalitarian states like Mussolini's Italy and Nazi Germany.

An exclusive post-1945 conflicts section has been set up at London's Imperial War Museum, which provides fascinating insights into the tectonic changes that occurred in the rank and file of the British armed forces with Britain's entry into the elite NATO.

One of the most popular enclosures at the London Imperial War Museum is the Holocaust Exhibition and visitors are mesmerized by the manner in which the gruesome acts of Nazis' persecution of the Jews are depicted through photographs, newspaper clips, documents, artifacts and in certain cases even films have been used, all of which send chilling reminders to us about the horrific acts of slaughter and persecution in Nazi Germany.

The museum has two art galleries, which have rich collections of paintings from the first and second world war. The museum also has in its collection some of the most prestigious military and civil gallantry awards along with an exclusive wing dedicated to one of the greatest battlefield commanders - Field Marshall Montgomery.

The Imperial War Museum is a one-of-its-kind museum in UK and the museum's range of collections are unmatched by any other UK museums. The museum encourages scholars and researchers to carry out qualitative research in War & Conflict management.

The museum has set up an Artistic Records Committee in the year 1972 and this distinguished committee has commissioned many renowned artists to depict the activities of British and Commonwealth armed forces, both in peacetime and war.

With its incomparable collections of 20th and 21st century conflicts involving Britain and the Commonwealth, the Imperial War Museum is a must-visit site for visitors to London.