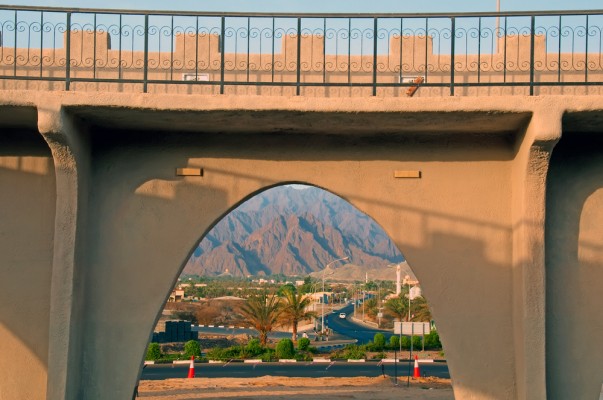 A view from the Hatta Fort at Hatta Village, Dubai

As it the name implies, Hatta Village is an artificial mountain village in Dubai which has been set up with a purpose of promoting tourism in that specific area. Hatta Village has been conceptualized as a traditional mountain village constructed in an oasis. Hatta Village is also known as Dubai Heritage Village. And, it is true that Hatta Village is quite popular as a tourist spot primarily because city people yearn for a “modern village life”. The phrase might appear to you extremely absurd but one cannot ignore the charm and beauty of village living if he or she is provided with all the modern city life amenities at that same time. And, here in lies the significance of Hatta Village as a major tourist attraction in Dubai.

Hatta Village is constructed in such a fashion that it gives out a feel of old settlement. You will get the flavor of Dubai village life from the old barasti, mud houses and palm leaves. Heritage Village constitutes vegetated seating areas, a fort and falaj- an oasis. The directions and signs in Arabic and English will guide you at the Hatta Village. The 200-year-old mosque and the Al Husen Majlis are visited by many tourists for their immense historical significance. You will also find an impressive conference room, Heritage Village's governor's weapons rooms and living quarters. There are several resting places within the Hatta village premise and the most significant one is Al Hadeera or Al Barza. In the resting places the guests are usually served dates and coffee.

Hatta Village has been designed in the style of the ancient villages in the Emirate of Dubai. And the tourists are expected to get the flavor of traditional and social aspects of a Bedouin village life from the displays of the pearl diving traditions, architecture, wooden chests, ancient weapons and cooking utensils in the Hatta Village. Explore the outdoor, social and even private life of the villagers over there as Hatta Village has been constructed in a very organized manner to put up a clear impression of the overall village lifestyle, occupations and habits for the tourists.