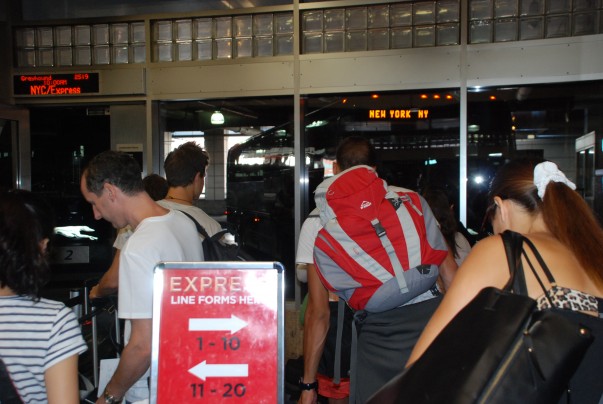 Going to Boston from New York has always been a challenge for me and I believe for many others. It is too short a flight and too painful to go through all the mess of airport management, it's just not worth it. Taking a rental car and driving down works only if it is not just a point-to-point journey what you are looking for. Trains have schedules which don't map with yours. I was suggested Greyhound Express and the line which got me considering it was, "daily nine round trips".  Now that meant I would be able to schedule myself to something which works for me. One visit to the website and the list of goodies closed the deal: leather seats, free WiFi, non-stop, what else does one need?

My round trip came for $32.00 and it fitted with my plan, perfectly. The bus was great, service was timely, loo was clean, seats were comfortable - especially when the seat next to you is vacant, and they carried my bag without any hassles. On both my trips occupancy was between 60% - 70% and for a passenger it was a dream run. It took little over four hours, of which one hour was spent negotiating the streets within New York City.

I would be sticking to this mode of transport for journeys of less than 300 miles from New York - it works!